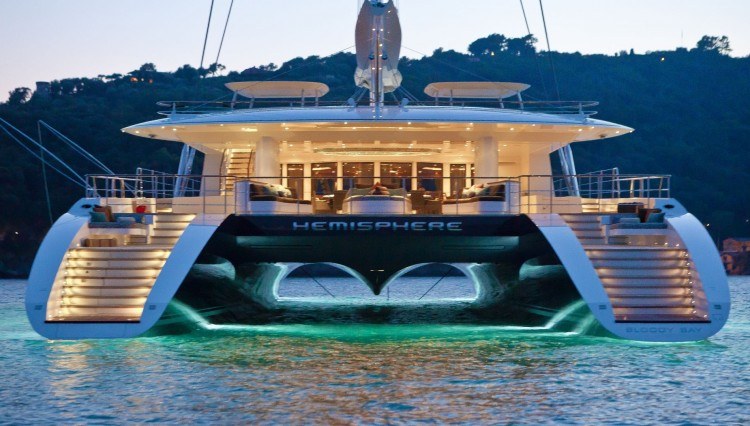 A catamaran is a boat that features two hulls that rest parallel one another and are equal in size. This craft is geometrically stabilized and is granted its stability from the wide beam instead of a keel that would be featured on a single-hulled craft. As this craft is usually without ballast it is lighter than a regular boat and typically has a much shallower draft. Catamarans also will require far less propulsion from their sails or motors, however they are propelled forward. The wide stance of a catamaran also helps avoid any motion that is induced by incoming waves, increasing stability and its overall balance.

The first catamarans were built and used by the Polynesian peoples, who utilized such craft to great extent as they were known to be a seafaring people and as such had need of vessels that could carry them swiftly and safely upon the open water. Catamarans usually come in different sizes, from small vessels that are dependent upon rowing to those that are larger and must rely on their sails to move forward. The typical construction of a catamaran involves a structure that connects the two hulls. This can be a simplistic frame that involves webbing to offer support or a platform that bridges the gap between the hulls. This latter form is what eventually gave way to the comforts and luxuries that would influence later designs and give birth to the luxury catamaran that would eventually come to define this type of vessel. 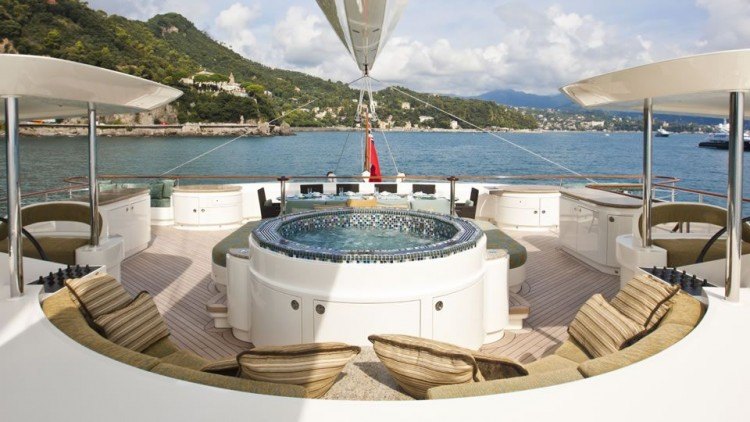 As with so many designs adapted from the past into the current era, the luxury catamaran has improved upon the original design by doing away with the more simple forms that came before and expanding in a way that seeks to impress. As the world’s largest and most impressive catamaran, the Hemisphere takes the lead in absolute extravagance and performance. This wondrous vessel was launched back in 2011 and stretches out for an impressive 145 feet on the water. Designed by Van Peteghem Lauriot Prevost, the Hemisphere is a wonder of modern design built upon the blueprints of the past and catapulted into the present day with all the comfort that can be afforded. 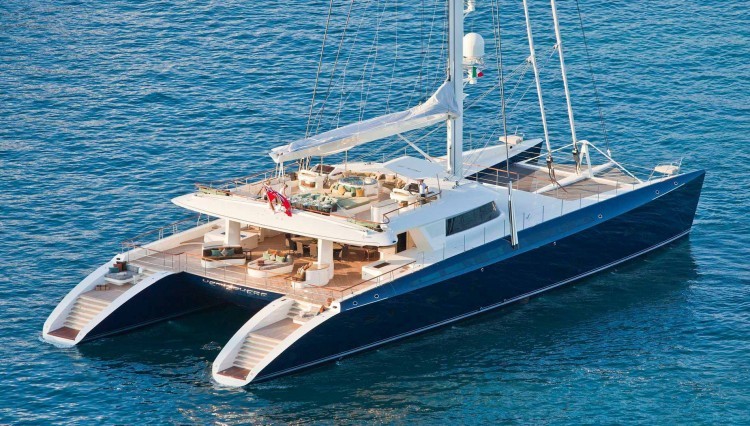 Little more than relaxation and the taste for adventure went into the design of this craft. It was built in the Pendennis Shipyard in the UK, and its interior was designed and installed by Metrica Interior in Germany. The size alone provides ample space for luxuries that guests to the Hemisphere will agree are quite lavish as well as stunning in their scope. Even at full tilt the design of the vessel allows for sheer relaxation and an impressive ride that won’t soon be forgotten. She is also incredibly stable as she is a catamaran, and nothing less is expected of such a vessel.

Hemisphere can accept around 12 guests comfortably, as its spacious interior provides more than enough room and entertainment opportunities to keep guests occupied. Plus, given that it is one of the more stable and reliable vessels on the water, it is without a doubt the perfect luxury craft to rent for a seagoing expedition that can provide the memory of a lifetime. 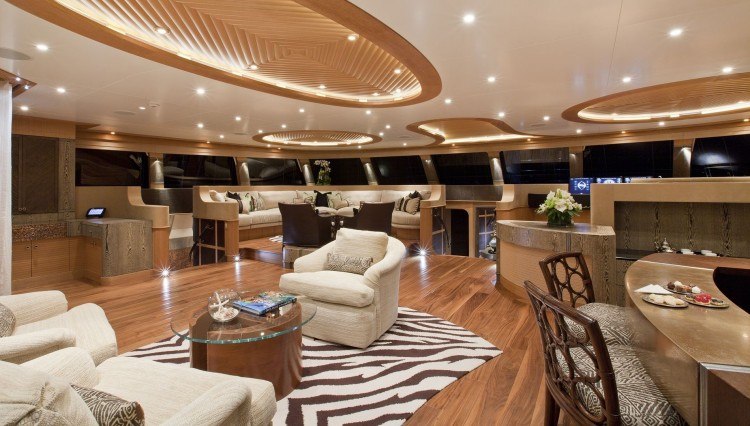 Its cabins are highly unique, as no two are the same, offering another form of luxury that takes a drastic step away from the usual, ho-hum experience that might otherwise mar a perfect vacation spent basking in the absolute wonder of such a vessel. It boasts fifteen different kinds of stone in its construction, along with eighteen unique leathers and a wide variety of finishing touches that include brushed oak, wenge, and walnut soles that add a distinctive and classy feel to this already wondrous specimen.

The exterior is just as exquisite as it features a flybridge that offers a stunning amount of deck space to be used for recreational activities. There are also a good number of seating areas, including those that are situated around the spa pool that rests on the top deck. If that wasn’t impressive enough, the aft deck showcases a lovely glass table that is etched with a map of the seven continents. Below this rests the formal dining space, where guests can rest and enjoy a four-star meal or a light snack depending on the time of day. 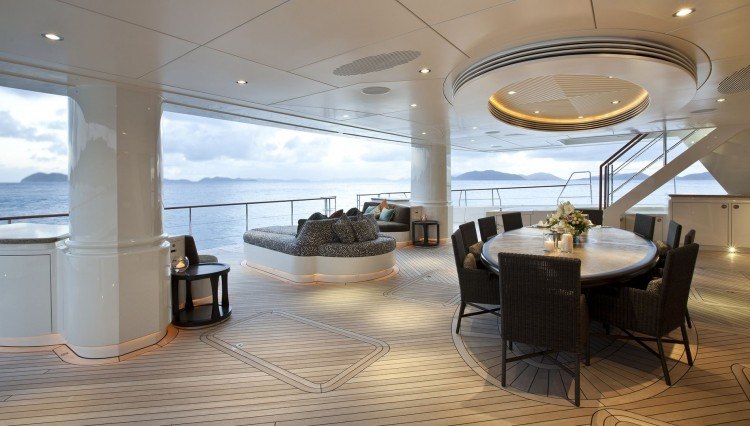 There are a wide number of luxury vessels that ply the waters of the world, but few are in the same league as the Hemisphere, which is the very definition of luxury given form. If you can afford the cost, there is no better way to spend your time at sea than above this floating palace of relaxation.