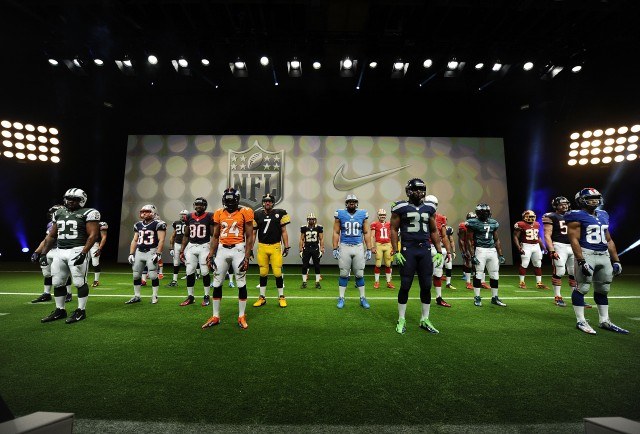 Professional football players have the potential to earn quite a good deal of money. Even if you are a second string player, chances are that you’re earning more money that what most lawyers make. Now if you’re a star player, you can really rake in the cash. Still despite all the money that NFL players make during their careers, many of them end up going bankrupt and lose everything after they retire. This isn’t the case for every player in the league, however it is well known that many retired players end up squandering their earnings and then have to file for bankruptcy. They either spent all of their money of fast cars or mansions, or lost it all in poor business investments. We are going to take a look at a list of 20 NFL players that earned millions of dollars during their careers, and then eventually end up with nothing after their retirement. 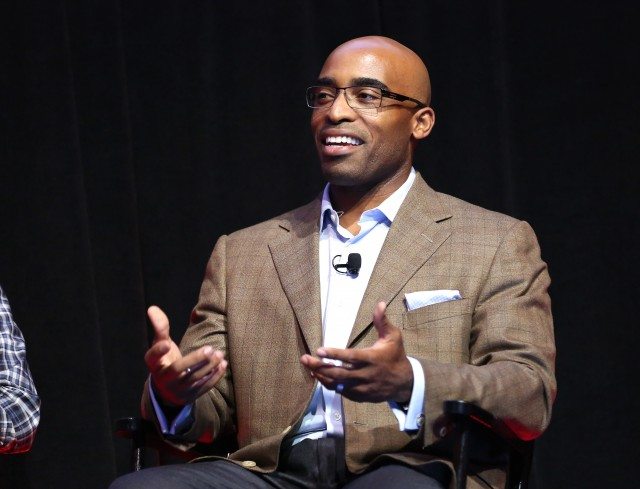 Tiki Barber overcame many obstacles in his lifetime and eventually found himself as the top running back for the Giants. Since he was so good at playing football, he earned a considerable amount of money during his NFL career. After retiring he landed himself a job at NBC as a sports analyst where he was making a solid living. However during that time, he left his wife to marry an intern with whom he was having an affair with. This move caused him to lose his job with NBC as a morality clause was part of his contract. 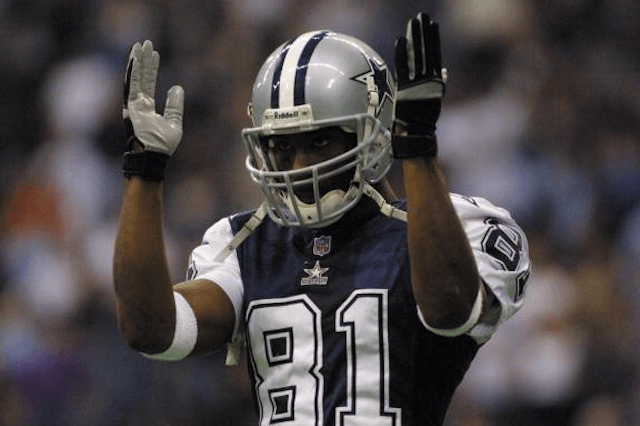 Raghib “Rocket” Ismael is another NFL player who lost it all. He played in the Canadian football league for two years and then performed in the NFL on various teams for another ten years. Over his career he was estimated to have earned some $20 million dollars. After his retirement, he decided that he wanted to enter into the world of business. Ismael made many different investments after his NFL career, and the vast majority turned out to be bad causing him to lose nearly all of his earnings. 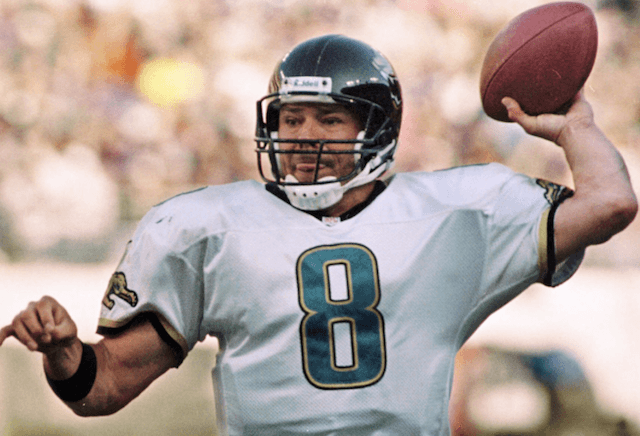 Quarterback Mark Brunell enjoyed a successful career with the NFL, and it was estimated that he made some $50 million dollars from his contracts and salary alone. However things would become very difficult for Mark Brunell after he retired from playing football. Burnell poured vast amounts of his earnings into real estate investments in Michigan and a fast food chain known as “Whataburger”. Both proved to be poor investments and he ended up filing for bankruptcy in 2010. 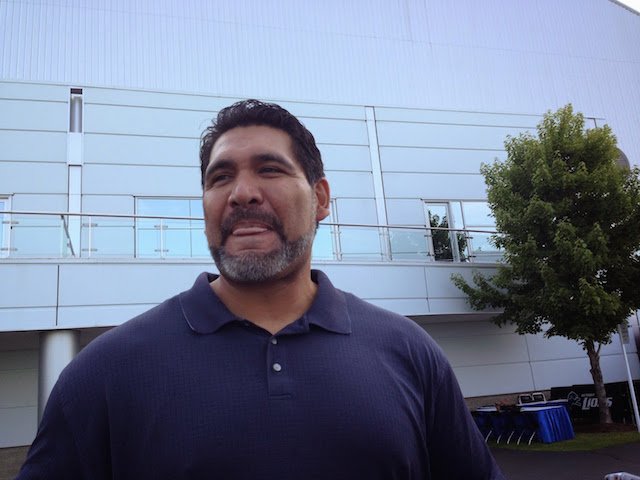 Defensive tackle for the Detroit Lions and then the Dever Broncos, Luther Elliss is another former professional NFL star who lost nearly his entire fortune. After his lengthy stay in the world of professional football, Elliss would go on to become a business investor. However after a series of bad investments, Luther Elliss pretty much lost it all. In just six years after his retirement he went from a multi-millionaire to a man filing for bankruptcy.

Photo from The Oakland Press 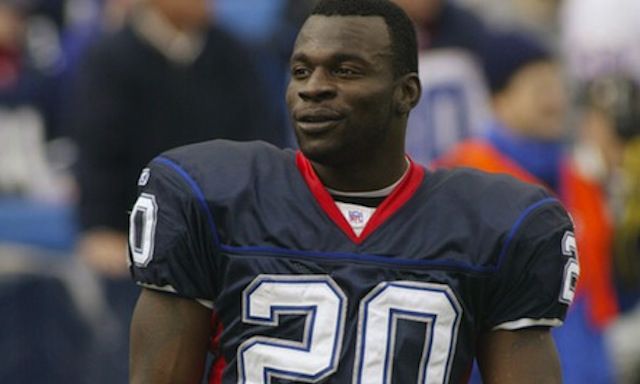 Saying that Travis Henry had some problems is a bit of an understatement. He enjoyed a successful career in the NFL playing for the Buffalo Bills, the Tennessee Titans, and the Denver Broncos. Still he never actually retired from the NFL, as he was “released” due to him failing drug tests multiple times. Then in 2008 he was busted for trafficking cocaine. He also has around 11 children with 10 different women, and was briefly imprisoned because he could not afford to pay child support. 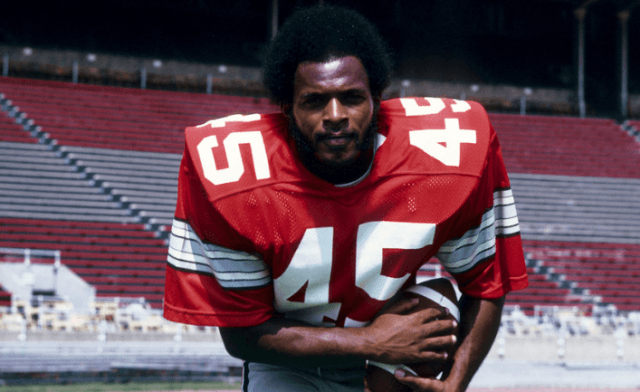 Back in the 1970’s, Archie Griffin was one of the best running backs in college football. This would then lead him to receiving a contract from the Cincinnati Bengals where he played from 1976 to 1982. Unlike his days in college, Griffin wasn’t really that impressive in the NFL, scoring only seven touchdowns in seven seasons. Then in 1982 he filed for bankruptcy due to his failing shoe business. 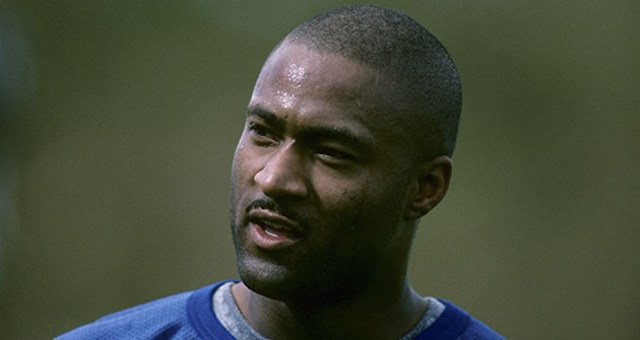 Andre Rison managed to sign an incredible $17 million dollar contract with the Cleveland Browns back in the day. There he was a prominent and successful wide receiver and earned even more money from various revenue streams. However, like many other players on the list, things got difficult for Rison outside of football. After he retired he spent large sums of his money and in 2007 he was ordered to file for bankruptcy after failing to pay for child support.

Photo from The Associated Press

Lawrence Taylor is a Hall of Fame linebacker (considered one of the best linebackers in history) that played for the New York Giants. His career as a football player was as good as any of the greatest players of all-time… but his personal life, not so much. It was known that during his career that Taylor liked to use drugs, particularly cocaine. After failed drug tests, partying too hard, frequent spending, and a few drug related arrests, Taylor lost it all when the IRS caught him committing tax fraud. In the 1990’s he would eventually file for bankruptcy. 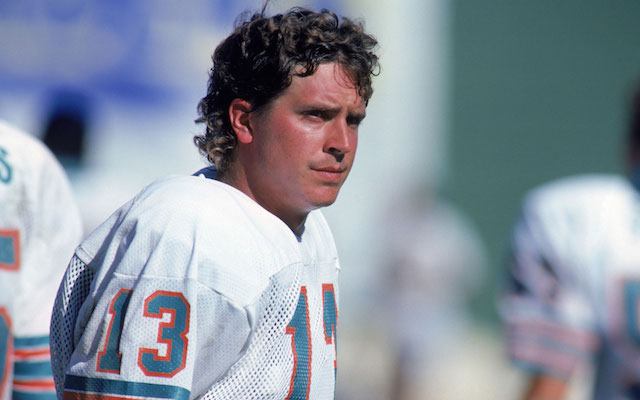 Dan Marino was a prominent quarterback who played for the Miami Dolphins. During his NFL career he broke many records, earned awards, and made a lot of dough. After his retirement he worked a few jobs as either a sportscaster and an analyst, but it was a bad business move that caused him to nearly go broke. Back in 2012 at the Coachella concert, we saw Tupac Shakur resurrected as a hologram. Impressed by this, Marino purchased over 1.5 million shares of the company that produced the technology, Digital Domain. However that business would eventually go bankrupt, causing Marino to lose around $14 million. 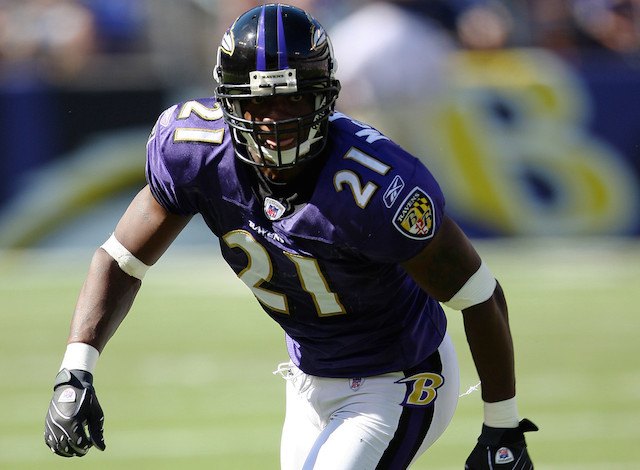 Chris McAlister was a former cornerback in the NFL who played for eleven seasons, largely with the Baltimore Ravens. He was certainly a great player, and ended his football career having earned some $45 million dollars. Despite his large earnings, he managed to spend away most of his earnings after his career in the NFL, and ended up having difficulties with paying his child support that was just $3,000.

Warren Sapp had a very successful and prominent career in the NFL when he played for the Buccaneers and the Raiders. He was such a great athlete that in 2013 he was invited into the Pro Football Hall of Fame. However after his NFL career, it turns out that he wasn’t too good at managing his money. He blew his money on clothing, mansions, and sports cars and in 2012 he filed for bankruptcy and had to auction off most of his possessions to pay the IRS, lawyers, and the government. 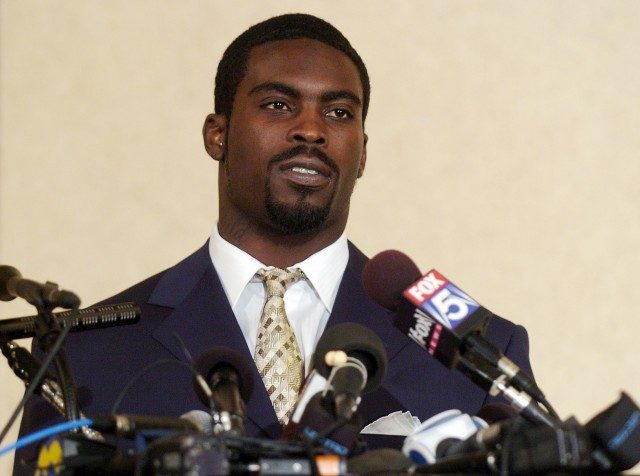 Michael Vick had a solid career with the Atlanta Falcons and would have gone on to make a lot more money than he actually did. But as most of us know, in 2007 Vick was found guilty for harboring a dog fighting ring at his home and would go to prison for his crimes. His $130 million dollar contract went out the door and he lost everything. However he did manage to make a comeback when he returned to the NFL so he’s no longer completely broke, but his name is forever tarnished. 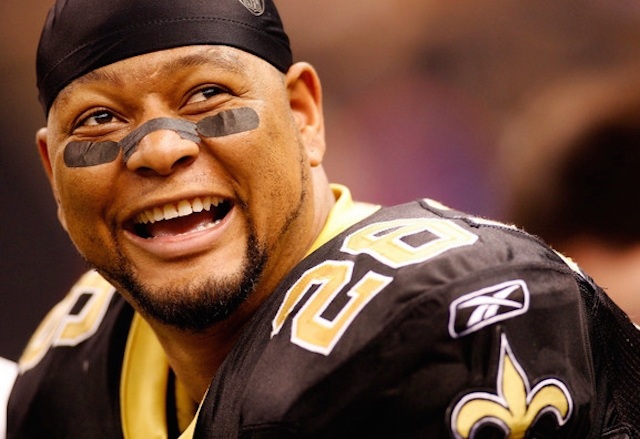 Deuce McAllister is a former running back who played with the New Orlean Saints from 2001 to 2009. He was certainly a great football star, but not so good as a businessman. After his career he purchased and set up his own Nissan Dealership in Mississippi. Not too long after, the car dealership had to file for bankruptcy causing McAllister to lose a lot. Additionally he was sued by Nissan because he apparently defaulted on payments and was also sued by the Whitnet National Bank for failing to pay around $1.8 million on his mortgage. 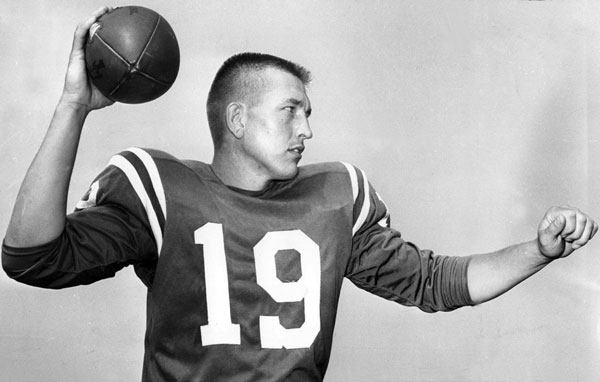 Johnny Unitas was a prominent former NFL player who played as quarterback for the Pittsburgh Steelers, the Baltimore Colts, and the San Diego Chargers. For 53 years, Unitas held down the record for the most consecutive games with a touchdown pass. But like all the players on the list, he had some difficulties after his football career. After failed investments and a business that he had a stake in collapsed, Unitas filed for bankruptcy in 1991.

JaMarcus Russell played college ball for the LSU Tigers where he had an amazing career. He was awarded the MVP of the 2007 Sugar Bowl and was selected by the Oakland Raiders as their first overall draft pick in 2007. His college career as a quarterback lead him to signing a $61 million dollar contract with the team. However in the NFL he was not dependable and never really made any plays. After just two years with the Raiders, he was let go from the team. Since then he plays for no team, has been arrested for possession of codeine, and has lost a lot of his money. Russell is often considered to be the biggest draft bust of all time. Ouch. 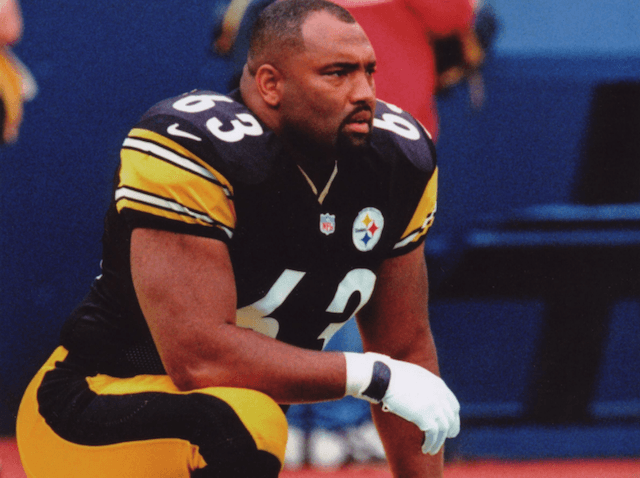 Dermontti Dawson enjoyed a successful football career with the Pittsburgh Steelers, where he served as their center for 12 long years. He was even elected into the Pro Football Hall of Fame back in 2012. However his life outside of football was very difficult. All of his financial issues came from his failed real estate business. After spending a few years as a developer, he filed for Chapter 7 bankruptcy in 2010 where he had $69 million in liabilities and debts, but only just $1.5 million in assets. 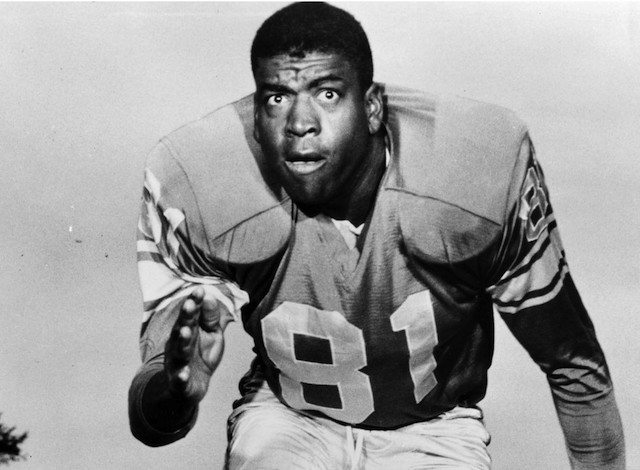 After spending four years in the Army, Dick Lane walked into the offices of the Los Angeles Rams in 1952 and asked if he could get a job playing football. He would make the team, and Dick “Night Train” Lane would become one of the most prolific defensive backs during the 1950’s and the 1960’s, even becoming a Hall of Fame member. After his lengthy football career he went through some difficult times that involved drinking, bad business deals, and illicit drugs which caused him to lose that vast majority of his fortune. 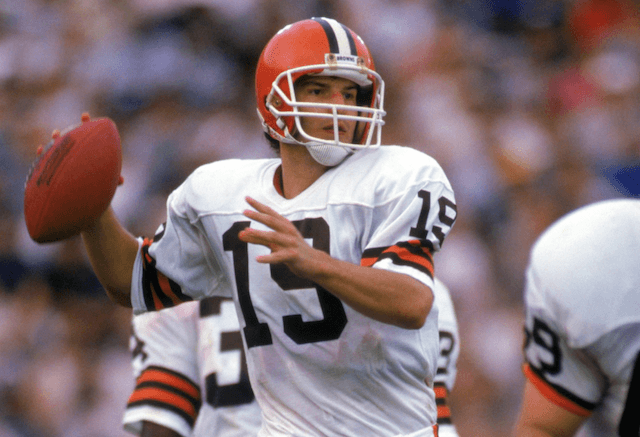 Bernie Kosar played for the Cleveland Browns as their quarterback from 1985 to 1993. He then had two brief stints with the Cowboys and the Dolphins before he retired in 1996. After his retirement he pursued a range of different business ventures that never panned out in the long run. In 2009 he filed for bankruptcy and had $18.9 million dollars in debt, some of his properties were foreclosed or seized by the government, and he owed the state of Ohio over $173,000 in taxes. 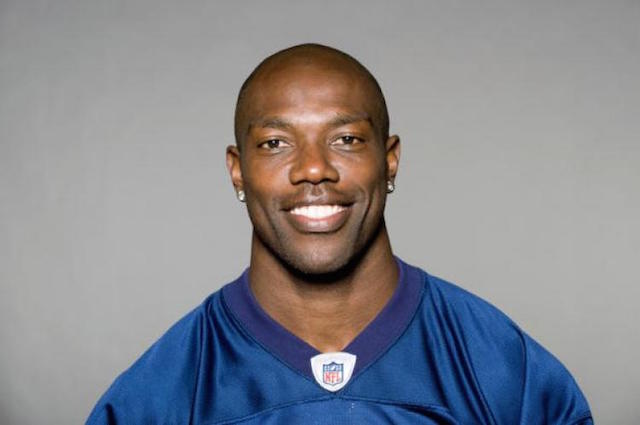 Terrell Owens is a classic example of no matter how good you are at something, if you have a terrible attitude, you will fail. As an Eagles fan, I remember when T.O. came to Philadelphia. For once, it seemed like my hometown team might actually make things happen since he was averaging at least one touchdown per game. But as we all now T.O. was extremely outspoken, cocky, arrogant, and just a terrible teammate. After leaving the Eagles he would play for a variety of different teams but never really stuck with any particular one, probably because he was horrible to work with. After his retirement he quickly made some poor investments, owed the IRS over $400,000, failed to pay child support, and just generally had a rough time financially. 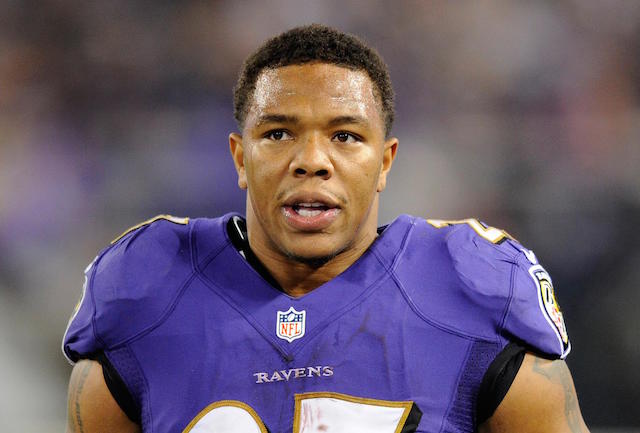 The story of Ray Rice is still fresh in our memories. He had a successful career with the Baltimore Ravens and was their second all-time leading rusher in terms of total yards. But then in 2014 Ray Rice was arrested for aggravated assault on his then-fiancée. A video would surface of Ray Rice knocking out and assaulting his fiancée which lead him to lose his position with the Ravens. Most of his money was tied up in legal fees and penalties, and we don’t expect to see him return to the NFL even though he is technically a free agent.