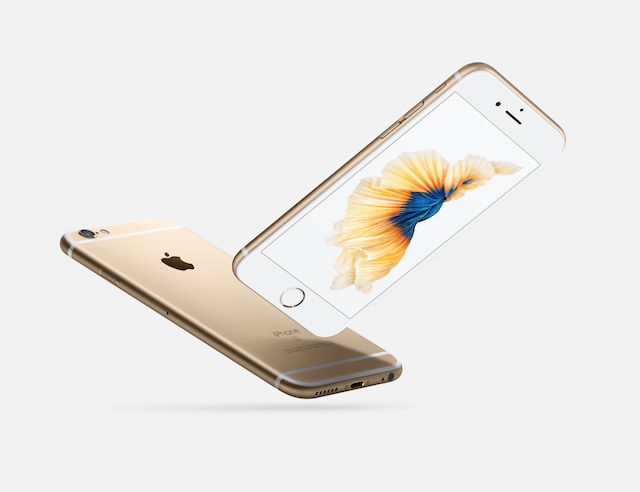 Apple introduced the original iPhone back in 2007, and every year since they have released a newer model. While other smartphone manufacturers like to make more drastic changes when it comes to their new phones, Apple likes to incorporate a long, evolutionary process into their product line. This strategy is often criticized as many feel that the “new” iPhone is only marginally better from the model it was replacing. Well the new iPhones are here for 2015, and like last year, we have two of them. First is the standard iPhone 6s and then the much larger iPhone 6s Plus. Both look almost exactly the same when compared to last year’s iPhone 6, however much has changed. While the 6s will be the phone that most people will buy, the beefier 6s Plus is somewhat a more “premium” device. So what’s new with the iPhone 6s Plus and how does it stack up to the competition? Let’s take a look at one of this years hottest smartphones, the 6s Plus.

Like nearly all of Apple’s products, as soon as you pickup the iPhone 6s Plus you know that it at least feels like a premium product. From the smooth edges to the all-aluminum body, the 6s Plus is a “flagship” device when it comes to the build quality and feel. Those that have or used an iPhone 6 Plus before will feel right at home, as the device feel almost exactly the same as its predecessor. The only difference is that 6s Plus is slightly thicker and slightly heavier, albeit it’s not that drastic. The phone is heavier and thicker because Apple incorporated a much stronger aluminum alloy that should make the device more durable. All of this premium hardware is then complete with the devices 5.5-inch 1080p screen. Colors are bright and vibrant, and the screen is great to look at. However in 2015 we now have devices with QHD and 4K displays, so it would be hard to say that the iPhone 6s Plus has the best screen on the market, but the screen is more than enough. Still with the devices 5.5-inch screen comes it’s biggest downfalls: it’s size. The iPhone 6s Plus is one of the largest phones on the market. Its cumbersome, it has issues fitting into pockets, and you’ll probably have to use two hands when using the device. If you can manage with that, then you are in for a treat. 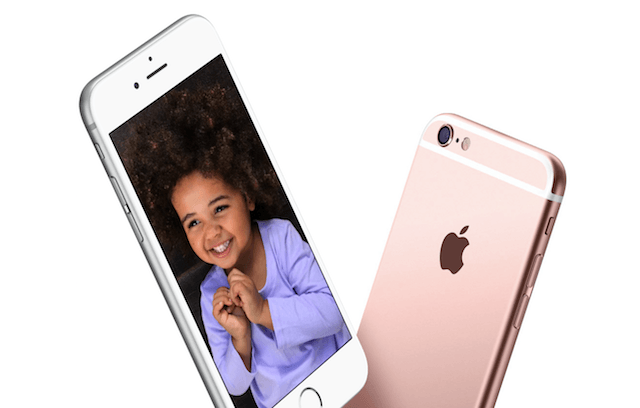 Like all phones within Apple’s “S” iteration, essentially the design of this iPhone remains the same, but they’ve changed a lot on the inside. The 6s Plus has seen a variety of upgrades across the board that makes this iPhone arguably the best one ever. The 6s Plus has now been upgraded with 2GB of ram so multitasking is much better. The already stellar camera of the iPhone 6 has been bumped to a 12MP camera and it can now shoot 4K videos. TouchID is now faster and more accurate. The processor has also been upgraded to the A9 processors, which is currently one of the best if not the best processor that’s on the market today. According to Anandtech’s tests, the iPhone 6s’s processors absolutely blows the competition out of the water. Last year’s iPhone 6 Plus was a great phone by all accounts, and now Apple has taken a great phone and made it even better. Performance is notably improved and faster, the camera is just a joy to use and it’s arguably one of the best on a phone today, and the phone just overall delivers a pleasant user experience. Apple also introduced a new color for the iPhones, so now you have even more choices than ever. 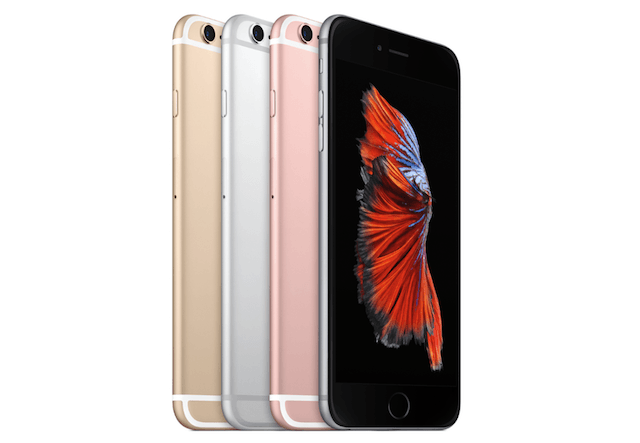 One of the largest changes that the 6s Plus brings is the incorporation of 3D Touch. Now the device can sense how firmly you are pressing the screen. This allows you to “peek” and “pop” certain things. For example if a new iMessage came in, you can lightly touch the application icon to get a preview of the message. Push down harder and the app will open right up. It seems gimmicky at first, but it’s a simple solution that will change how you use your device. Developers will still need to incorporate this feature for their 3rd-party apps, but it won’t be long until that happens. The rest of the notable changes that the new iPhone 6s Plus brings are found within the software end of things. With the new iPhones came iOS 9. Those familiar with iPhone’s and iOS won’t feel out of place at all, as again, we see a multitude of smaller changes incorporated into the software, rather than large, drastic improvements. The news, notes, and maps applications have been improved. Siri has been updated, there’s a new search screen, multitasking has been improved, and more. Apple has also ironed out a lot of bugs seen in iOS 8, meaning iOS 9 is even more stable. There still are issues, but overall, iOS9 compliments the new iPhone very well. However we still would like to see more software improvements that take advantage of the 6s Plus’s massive screen. Samsung and others have done a good job with this, but Apple seems to be playing catchup in this area. 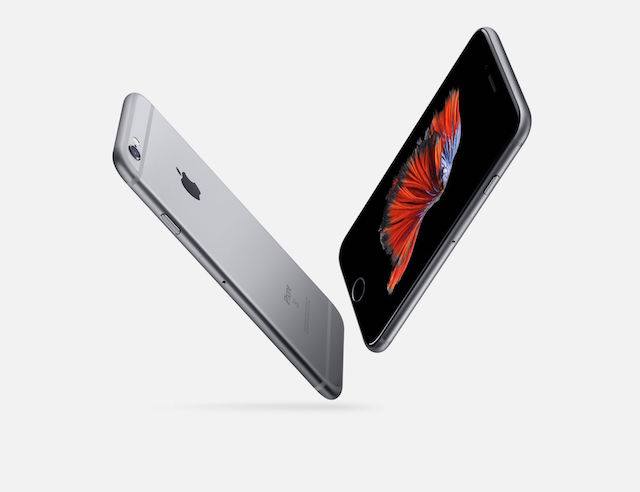 Since the 6s Plus is marketed as the more premium iPhone, it costs more money. The base 16GB model starts at $749 dollars while the top-of-the-line 128GB model is $949 dollars. You can also now sign up with Apple for their new iPhone program where you can get the new iPhone each year. You just pay a monthly bill, in this case $37.45 for the 16GB 6s Plus, and after one year you trade your current iPhone in for the new one. It’s essentially like leasing a car.

The iPhone 6s Plus brings a lot of improvements that we like and fixes some issues seen in the past. It’s the largest iPhone ever, it has the best iPhone camera, and it has the best iPhone processors. While Apple sticks to their formulaic approach to upgrades, the 6s Plus is probably the best iPhone yet. If you’re a fan of iOS and the iPhone, then you’ll feel right at home upgrading. If you’re new to the iPhone and iOS, then I think you’ll be able to adapt quite fast and will be pleased with what this device can do. It’s an all-around great phone. I mean if it wasn’t, then they probably wouldn’t sell millions of these devices. However that is not to say there are not any downsides to the iPhone 6s Plus. Compared to some Android alternatives, the iPhone is really lacking in terms of features on both the hardware and software side of things. But even still, if you don’t mind not having wireless charging, for example, then you can’t go wrong with the 6s Plus.

Like all iterations of the iPhone, the 6s Plus has some of the best hardware on the market. It feels like a 2015 flagship device in all respects, and performs like one as well. The new camera is an absolute joy and takes beautiful pictures, the added 2GB of ram is a welcomed improvement, and it’s A9 processor is arguably one of the fastest on the market, making this phone one of the fastest. iOS 9 is still simple, easy to use, and mostly stable. 3D Touch is more impressive than you think and improves the way you interact with your phone. If you want a solid, all-around device that’s easy to use, the iPhone 6s Plus is a treat.

It would have been nice if Apple could have made the 6s line just slightly thicker so that they could incorporate a larger battery and get rid of the camera hump. The iPhone 6s isn’t an ugly phone in terms of design, but it’s not my favorite iPhone design. Still, we didn’t expect a design update with this phone so I can’t complain too much.

The iPhone 6s Plus is really expensive, like all iPhones. The competition in the smartphone market is heating up, and we now live in a time where a $499 dollar phone is as good as a $750 dollar phone. Additionally 16GB of base memory is just too small for 2015, especially considering the devices price. 16GB was the norm five years ago, it’s not the norm now. I would have a hard time recommending anyone to purchase the 16GB model, so you have to shell out $100 more for the 64GB model. We would have really loved to see 32GB of memory in the base model, but I guess we will be waiting for the iPhone 7.