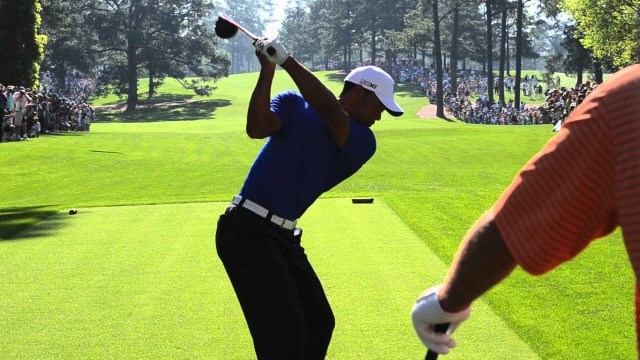 For some reason this video of a guy screaming “mashed potatoes” has been circulating lately. While you can’t argue how funny it is, I’m trying to figure out two things. 1. Why is he screaming mashed potatoes? and 2. Who is this guy? Turns out that various estimates suggest that the phenomenon began at the 2010 USPGA tournament. A video, cryptically titled “Guy yells mashed potatoes after Tiger swing”, was uploaded to YouTube in August of that year, the earliest known sighting of the saying.

The uploader of that video, Andrew Widmar, said: “I wish I could take credit. But really it came from previous (but not as widely noticed) instances, with Dustin Johnson, Rickie Fowler and Tiger himself all having been mashed potatoed at tournaments.”

So who is this guy? Unfortunately it’s still a mystery. And the latest video (below) was uploaded in 2013. Have we seen the last of the mashed potato guy? I’m not 100% sure about it. I’m hoping that he creeps up again but it’s anyone’s guess.

As far as the actual reason “mashed potatoes” is the phrase used? No one knows for sure but I would have to guess it comes down to a few things. First off, it’s work safe. They can’t bleep it out in the censors because the guy isn’t cursing. Secondly, “mashed” I can only assume refers to the “mashing” of the ball by the driver. In terms of the actual phrasing? And finally, I really think it’s a matter of being random, which is what makes it so awesome.