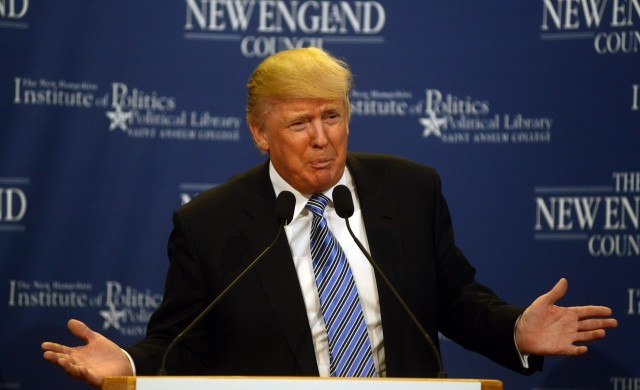 Ah, billionaires. The one percenters. The richest people in the world. Many people aspire to become billionaires given the lifestyle that comes with being apart of the elite group. Some billionaire are normal, caring individuals, while some tend to overstep their bounds. Money can easily get to a persons head, especially if you haven’t earned it, and it can make individuals become not so nice. So out of all the various billionaires in the world, which ones are the most hated? From entitled heiresses to billionaires that are bent on destroying the planet all for a pretty penny, we are going to take a look at the most hated and disliked billionaires in the entire world. 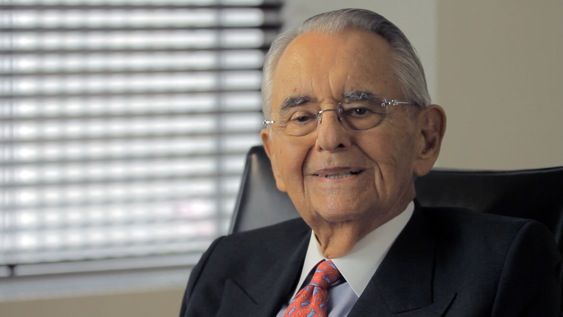 Peter Peterson is a wealthy American businessman who amassed a large portion of his net worth as being one of the founders of the Blackstone Group. People often joke around that you cannot trust people with two first names, but that might actually be the case with Peterson. His business life has been successful, however his personal life, well, not so much. First off, he’s been divorced three times. Peterson also spent nearly $500 million dollars between 2007 and 2011 in an attempt to completely eliminate Social Security and Medicare. It’s kind of ironic actually. At 88 years-old, I would imagine that Peterson would use those programs if he wasn’t a billionaire. 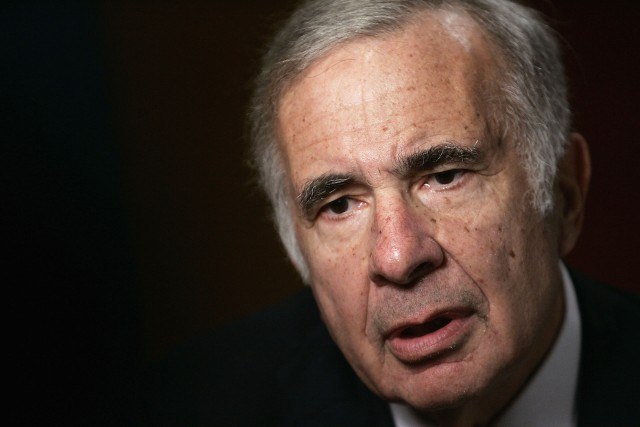 Carl Icahn, with a net worth that’s around $23.2 billion, is another billionaire that isn’t well liked among the general public. While he hasn’t spend hundreds of millions of dollars to influence politics (at least to our knowledge), he isn’t perceived in a positive light due to his business practices. He’s a wealthy investor and hedge fund manager that is well known for his aggressive and selfish practices and has earned the reputation of a “corporate raider”. He has attempted many hostile takeovers of companies over the years, including the notorious taker over of TWA in 1985. He incurred massive amounts of debt to acquire TWA through hostile means, so how did he pay it off? Well he pretty much liquidated all of their assets to pay for his debt. Then he took the company private to make even more money, before selling off the skeleton that was left. 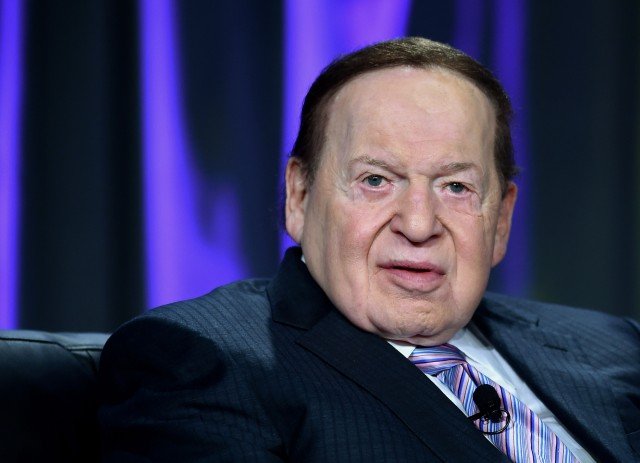 Sheldon Adelson is an American businessman, investor, and casino mogul who is well known as the CEO of the Las Vegas Sands Corporation. He was born into poverty, but through hard work, he eventually amassed around $31 billion dollars over the course of his life. Adelson has donated to a variety of different charities and organizations over the years, so why don’t people like him? Well most likely because he spent millions of dollars to fight, combat, and sue his employees and the unions that kept his businesses afloat. He is also aggressively against the legalization of medical cannabis, equating it to cocaine use. Regardless of your personal views on that subject, it’s a bit ironic, seeing that you can easily argue that gambling is a drug and I’m sure plenty of people have bankrupted themselves and ruined their lives gambling at his casinos. He thinks an organic compound that has been scientifically proven as an effective treatment for AIDS and cancer patients is bad, but it’s okay for him to take peoples money at his casinos. That seems a bit hypocritical to me. 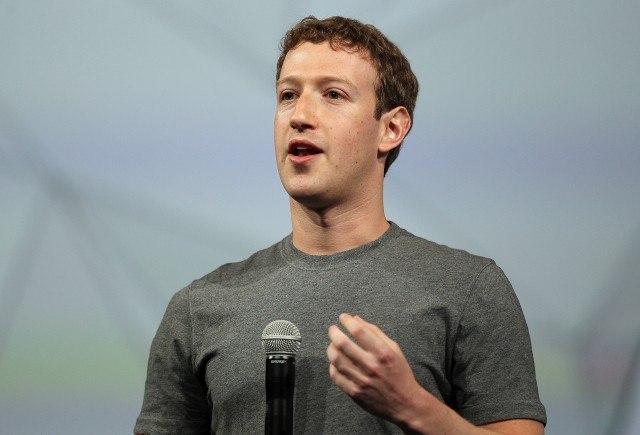 Now Mark Zuckerberg isn’t necessarily an evil or bad guy, however he’s done enough to make a bunch of people dislike him. While Facebook is great and all, he arguably stole the idea from the Winklevoss twins and Divya Narendra who would eventually sue him and then win a large settlement. He also created the program “Facemash” in college where people voted on who they felt were the most attractive students at Harvard, which obviously the administration didn’t like. There was also that whole ordeal about how Mark and others sort of forced Eduardo Saverin, a co-founder of Facebook, out of the company which would then lead to Saverin suing Facebook. Then there’s all the criticisms that you can make against Facebook like how they are most definitely data mining and selling your personal information and even tracking people who don’t use Facebook, among a list of other questionable things. 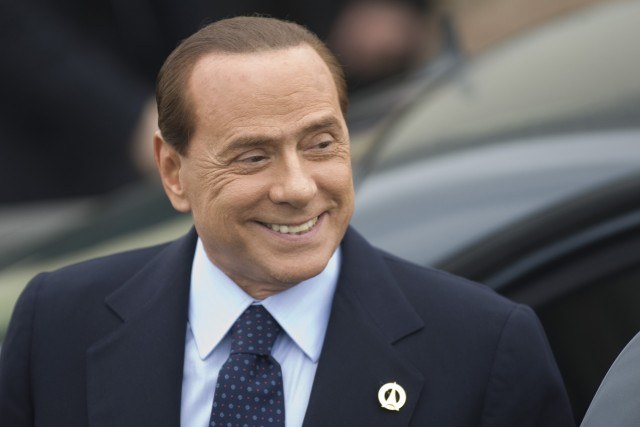 Silvio Berlusconi is an Italian businessman and media tycoon who also served as the Prime Minister of Italy on three separate occasions. He’s worth around $8 billion dollars and owns the Italian soccer team A.C. Milan. There are many different reasons as to why people hate him so much. His personality has been described as unbearable and had created many alarming policies when he served in government. Additionally he has been linked to so many different controversies, legal issues, and scandals that could fill up a book. He’s been linked to tax-fraud, abuse of power, having sex with a underage prostitute, bribing officials, illegally financing political parties, and a number of other troubling things. Just check out his Wikipedia page, as about 80% of it deals with all of his legal troubles, issues, and controversies. 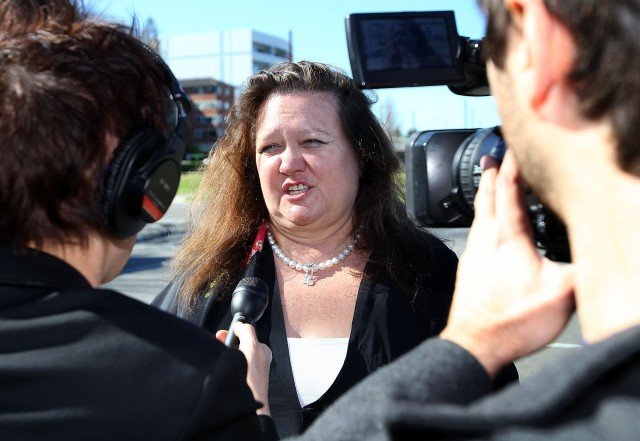 Gina Rinehart is an Australian woman who is the chairman of Hancock Prospecting, a mining company. She’s the 6th richest woman in the world and is the richest person in all of Australia. So why don’t people like her? Well she essentially seems to hate poor people and the middle class. In a self-published book that she worked on, she argued that people in Australia should only make $2 dollars a day. She also donates millions of dollars to pro-fossil fuel groups, gives money to climate change deniers, and lobbies governments to ensure that they give tax breaks to her company and other fossil fuel groups. While that’s enough alone to get people to hate you, the ironic thing is that she inherited pretty much all of her fortune and her company from her father. So she criticizes hardworking individuals, yet she was born into her massive fortune. How convenient for her. 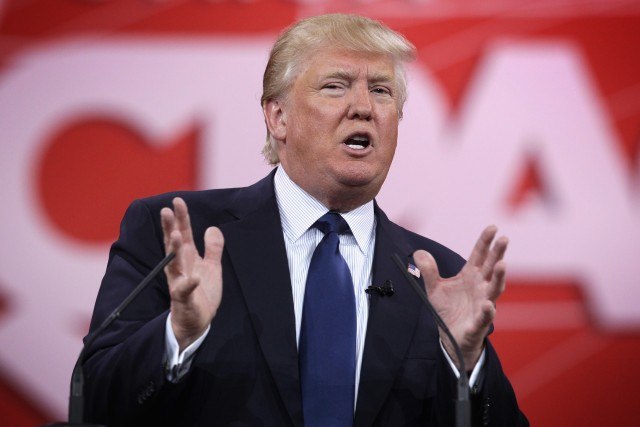 Donald Trump, who has a net worth of about $4.1 billion, is well known for being ruthless, mean, aggressive, narcissistic, and a bully. Sure he’s made a lot of money, but many of his business deals are made in such a way that he could not personably be held responsible and he’s bankrupted a few of his businesses many times, putting many people out of work while he personally felt no repercussions. He’s also been divorced a few times, and then there was that whole ordeal where he demanded that President Obama produce his birth certificate, because Trump felt that he was actually not a United States citizen. He thinks vaccines cause autism, and even sued Palm Beach County because he didn’t like that jets were flying over his multi-million dollar mansion. 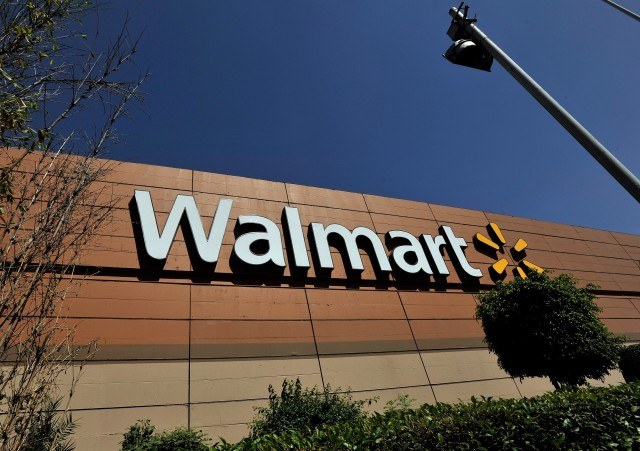 We are going to group the next people on our list into one collective, the Walton family. The Walton’s are comprised of Christy, Jim, Rob, and Alice and they are all the children of Sam Walton, the founder of Walmart. They are collectively worth billions and never had to work for their money. The reason we include them is due to the numerous criticisms that Walmart gets like how they take advantage of the poor, don’t pay their employees a livable ways, and how they purposefully limit employees hours so they can not provide them benefits and pay them less. There’s a whole documentary out there on why Walmart is so bad, and that can shed a better light as to why the Walton family is hated. 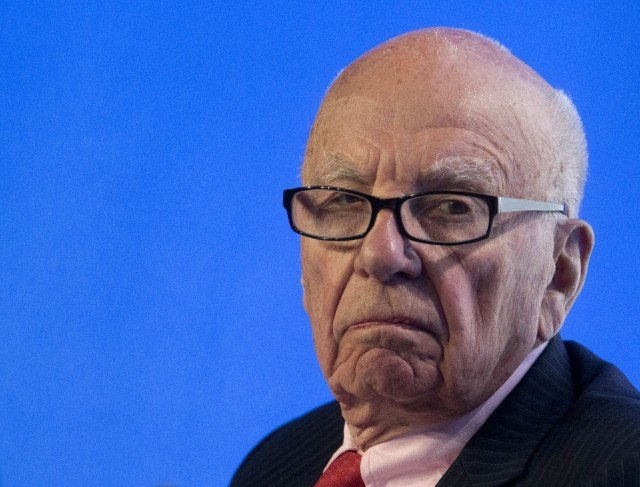 Rupert Murdoch is an Australian/American businessman who inherited the news and media company known as News Limited from his father. His “news” organization has always been well known to be sensationalist, paparazzi-esque, shady, and have often printed misinformation. Murdoch also likes to medal in political affairs, spending massive amounts of money to further his personal interests. He’s been tied to a numerous scandals and lawsuits that include bribery of political figures and that well-known scandal where his employees and company hacked into the phones of celebrities, public figures, and other people, among a few other things. 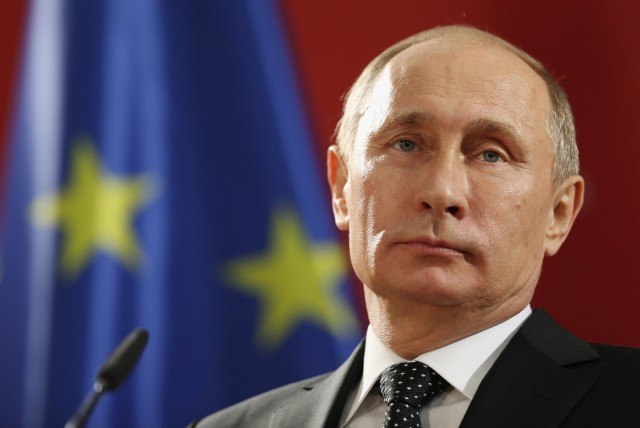 Vladamir Putin is the current president of Russia whose net worth is thought to be around $70 billion dollars. So where to begin as to why Putin is hated? He’s a former KGB official, his foreign policy is extremely aggressive, he’s been accused of vote rigging and corruption, critics of Putin have been imprisoned, fled the country, or have even been found dead, he’s implemented harsh policies against the LBGT community, he likes to use censorship and propaganda, in addition to a host of other questionable practices. Then there was that whole thing where he invaded Ukraine and then annexed a part of their country that caused a war. Oh yeah, let’s not forget when those “pro-Russian separatists” shot down a civilian aircraft with a weapon that came from Russia. And those are just a few reasons as to why people dislike Putin. 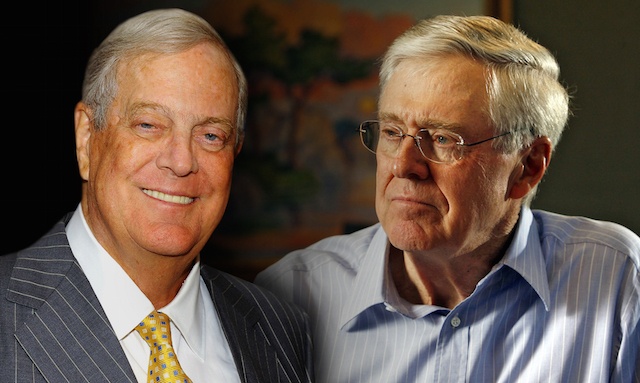 Next up, we have Charles and David Koch. The Koch brothers earned their fortune through their fathers company that they eventually inherited, Koch Industries: a massive oil, gas, and chemical company that has ties to a multitude of other companies. The Koch brothers pretty much take any chance they get to put down the little guy, as they collectively use their $97 billion dollar fortune to influence politics. The spend absurd amounts of money to eradicate laws against environmental polices and to ensure that we keep using oil and other fossil fuels. The fund climate change deniers and other crazy individuals to further their personal interests. If  baby panda bears were found to produce natural gas somehow, the Koch brothers would probably kill and harvest all of them. They have absolutely no regard for the planet and the environment, and are hellbent on destroying our Earth. Thanks guys. 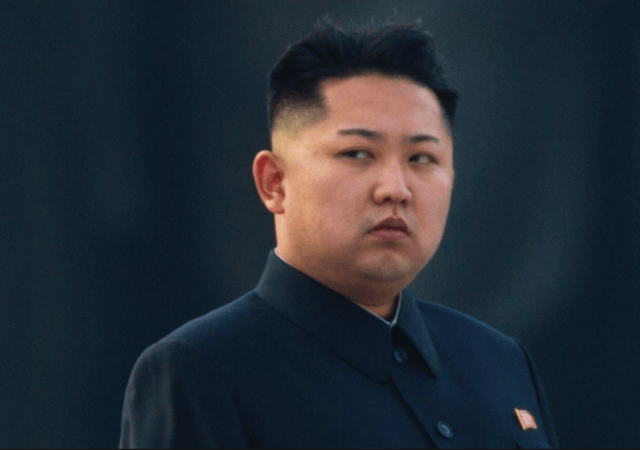 Finally we get to the most hated billionaire, and probably the most hated man currently alive, Kim Jong-un. Kim is the “ultimate supreme leader” of the Democratic (good joke) People’s Republic of North Korea. I mean where do I even begin with this guy? Officials believe that he sits on a fortune of about $5 billion dollars, but regardless if that’s accurate or not, he’s still the richest person in North Korea. Kim and his ruling party (when they aren’t threatening the world with nuclear attacks) just pull the worst stuff ever. Sure the other people on our list might be bad folks, but they aren’t tied to widespread corruption, the starvation of millions of people, not letting any citizen leave the country, brainwashing, killing who knows how many people, and setting up legitimate death and concentration camps. It’s incredible to think that a country like North Korea exists in todays world, and it’s probably the worst place ever. Just read up on some stories about people who managed to escape the death camps and North Korea to learn about the horrors from within (we’re talking about rape, cannibalism, flogging of children, torture, forcing people to work until they die, etc). Apparently if you’re found guilty of a “crime”, specifically crimes that relate to “insulting” Kim’s name, the government not only arrests you, but your entire family. They’ll even put your cousins and uncles into death camps if you’re arrested. So yeah, I would say Kim Jong-un is probably the most hated billionaire ever.