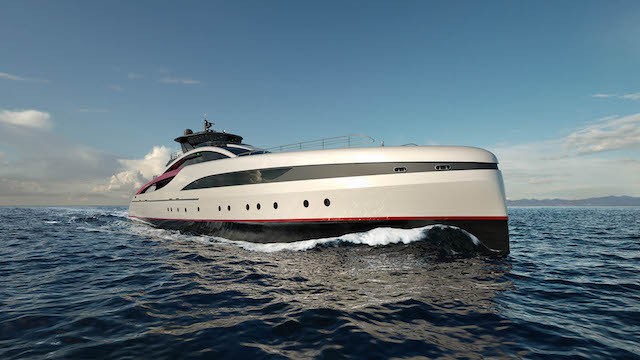 Out of all the various yachting events that happen over the course of the year, the Monaco Yacht Show is easily the most important and prestigious one. Each year all the big names in the industry come out to show off their latest and greatest creations. Additionally the event is attended by many VIPs and celebrities which makes it quite exclusive. While everyone likes taking a look at the various yachts that are docked in Monaco, some of the coolest ones you have to look on a computer screen to see. In addition to the physical yachts that are shown off at the Monaco Yacht Show, many companies also preview their upcoming superyacht concepts. Like all concept vehicles, these superyacht concepts are some of the coolest and most impressive yachts around. So which ones were among the best this year? Here are five incredible superyacht concepts from the 2015 Monaco Yacht Show. 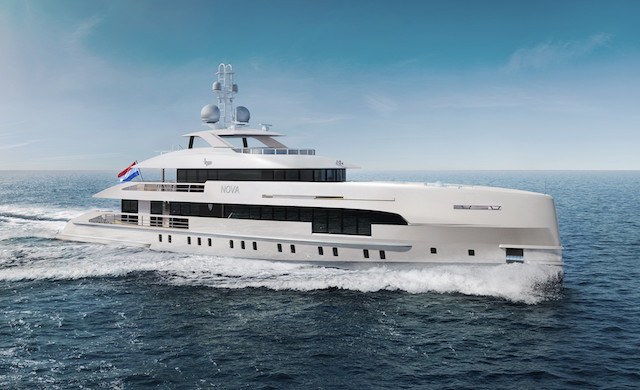 Hessen is a name that’s quite respected within the yacht industry, and their Project Nova Hybrid was one of the more eloquent superyacht concepts seen at the 2015 Monaco Yacht Show. This shipbuilder from the Netherlands has produced some of the more interesting yacht designs within the last decade, and the Project Nova Hybrid is no exception. It is a 164-foot vessel that is poised to be one of the more environmentally friendly superyachts, as it uses a hybrid propulsion system. Hessen boasts that the yacht will only consume just 22 gallons of fuel each hour while its operating. Compared to other yachts in this class, it is extremely efficient. The vessel will have six-staterooms in total, and the interiors are extremely luxurious and comfortable. The Project Nova Hybrid will be able to hit speeds of 16.3 knots and can travel some 3,750 nautical miles in total. Hessen has already confirmed that they are producing this yacht, and it should launch sometime in 2017. 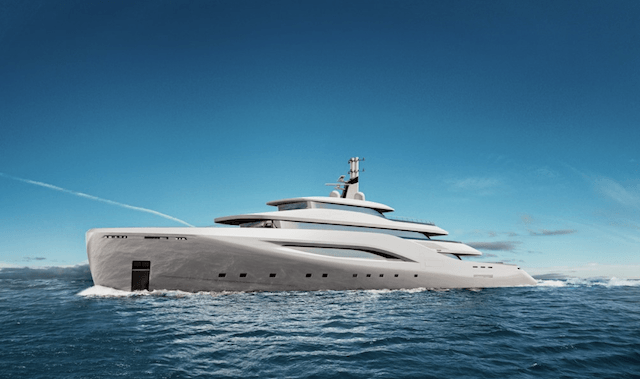 Based in Trieste, Italy, Fincantieri is another leading yacht builder. At the Monaco Yacht Show they showed off their Ottantacinque concept superyacht, which was designed in a partnership with Pininfarina. You know, the guys that have created some of the best looking Ferrari’s in the world, among other things. Featuring sleek lines and a total of five decks, the Fincantieri Ottantacinque is a behemoth at 279-feet in length. The superrich features a total of seven cabins for the owners and guests, eleven cabins for the crew, two pools, a massive living room area, wrap-around windows, and two diesel engines that propel the vessel to speeds of 18-knots. 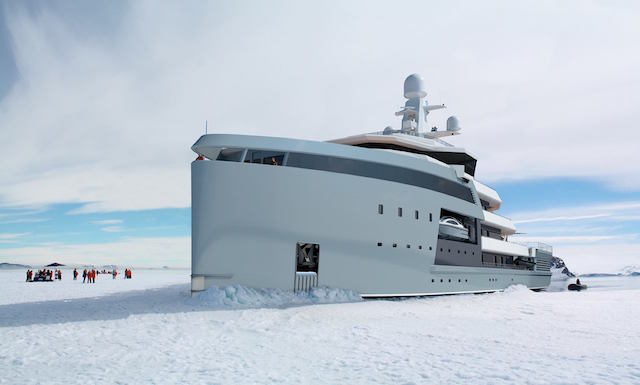 One of the more interesting superyacht concepts seen at the 2015 Monaco Yacht Show was the Damen SeaXplorer. The Dutch shipbuilder plans to construct three different versions of the SeaXplorer in the future: a 213-foot, a 295-foot, and a 328-foot model. Essentially the SeaXplorer will be a combination of a luxury superyacht and a high-adventure vessel that can break through the ice patches of Antarctica, for example. A vessel like this has never really been created before, which is why the Damen SeaXplorer is quite appealing. It is basically a superyacht that you can take virtually anywhere, including the most dangerous waters. The base 213-foot vessel can accommodate 12 guests, a crew of 20, a helicopter, a small submarine, four JetSki’s, a rescue boat, a dive support boat, and much more. It has all the features that a high-stakes rescue/sea exploration vessel would need, but then the interior is like that of a St. Regis hotel. 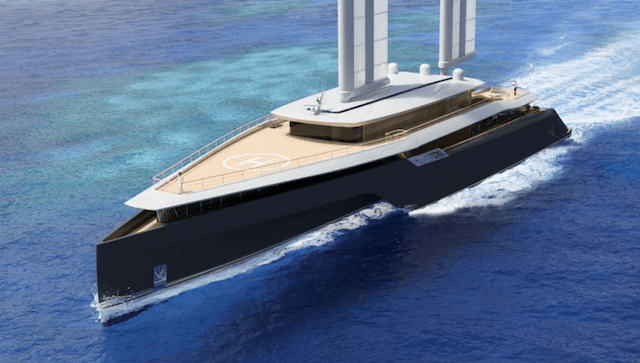 The French design firm known as VPLP displayed a very interesting superyacht concept at the Monaco Yacht Show this year, the Komorebi. The Komorebi is a massive, 282-foot trimaran sailing yacht that is easily one of the most unique superyacht concepts that we’ve seen in a long time. The vessel features automated sails that are able to propel the Komoerbi some 15-knots when there is 20-knots of wind, without the engine on. According to VPLP when you use the sails and the engines, you will be able to save at least 30% on fuel consumption, making this superyacht environmentally friendly. The interor is large and has a open design. The Komoerbi has enough room for a pool, an exterior dining space, multiple cabins, and even a real garden with trees. 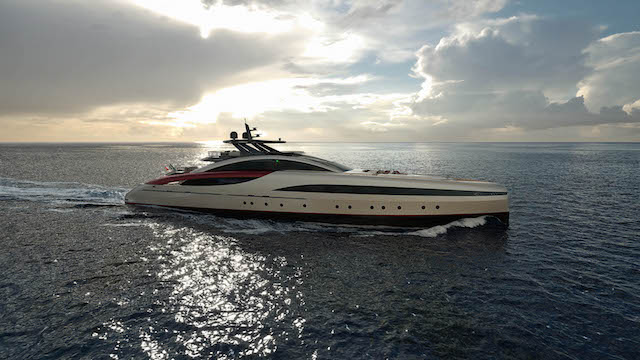 Take just one look at the Mondomarine SeaFalcon and you just know that you have a premium superyacht on your hands. It was, at least in my opinion, one of the most beautiful superyacht concepts seen at the Monaco Yacht Show this year and it has all the premium features you could ever want. Designed by Luiz de Basto Designs, the 197.5-foot SeaFalcon is sleek, elegant, and aggressive. It’s long and slender body give it a very beautiful profile and allow it to cut through the water at speeds up to 27-knots, which is extremely fast for a yacht of this size. There’s more than enough room for luxurious cabins, spacious living areas, a few sundecks, and more. Out of all the superyacht concepts seen at the Monaco Yacht Show, the SeaFalcon is one that we certainly would love to see reach production sometime soon.