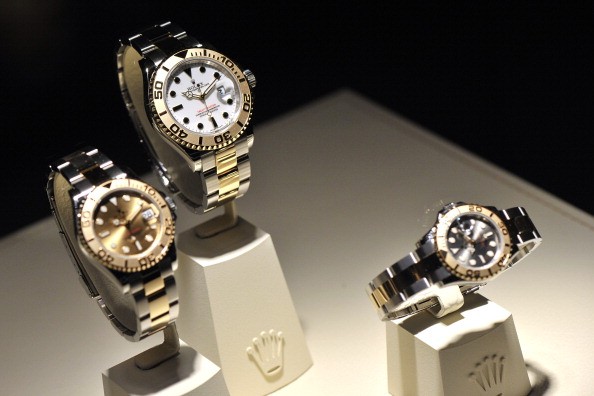 When you aspire to be the best, you want to wear the best on your wrist.   If that’s the case, most any of the finest Rolex Watches will do.  Rolex is a brand that is second to none when it comes to the quality of its watches. Business Week has placed the Rolex brand as one of the top 100 most valuable brands in the world. 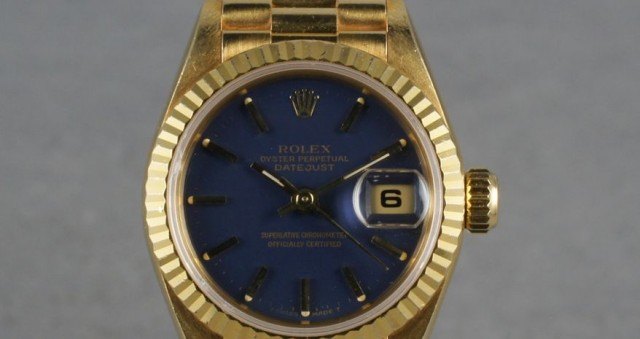 If diamonds are a girls best friend, then this watch has it all for the dominant, yet girly girl.  The watch has a double row of diamonds which is more than enough for the woman who loves the “diamond” look of her watch. Priced at slightly over $41,000, the watch offers more for the woman who wants more. 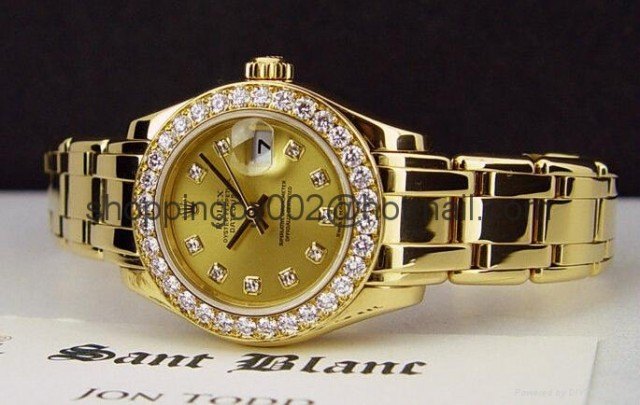 The Rolex Pearlmaster Ladies Watch 80298 has a mother of pearl diamonds surrounding the dial.  It comes in 18 Karat gold.  The watch is set on a self dial.  And if you were planning on buying a car you can scrap your plans to purchase this classic! 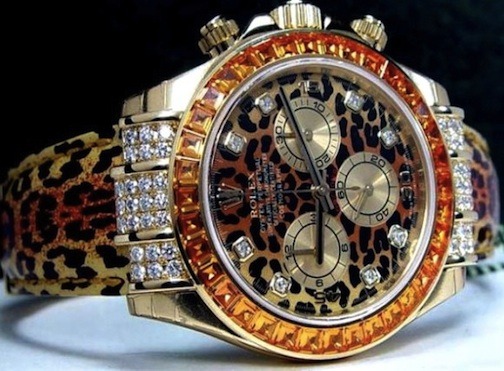 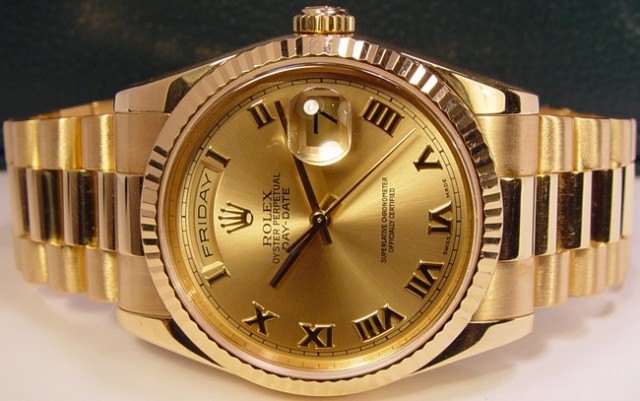 The Rolex President Men’s Watch 118238, is black with diamonds (this model is in Champagne).   The watch has a gold band and is priced at retail for $49,000.  Back in its day this is the type of watch that someone in the oval office might wear.  Today it’s the kind of watch you’d wear if you were clinging to the 80s. 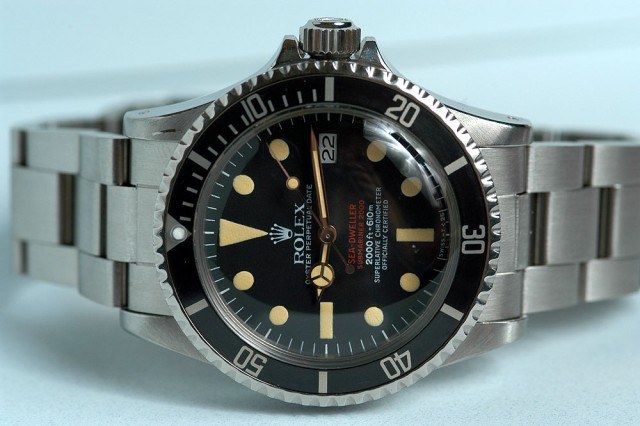 There are at least seven different variations of the DRSD dials that were sold to the public. There are dials with only a single line in red, and other dials with two lines of red without “2000.” Early SeaDwellers did not always have the helium escape valve. However, I am not going to discuss these early versions since they are limited examples and I don’t believe they were available to the public. 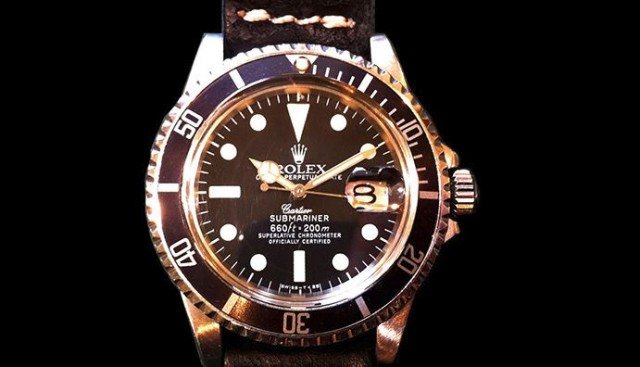 Rolex created a couple of watches that was exclusively sold by Cartier in its Fifth Avenue shop in New York. The first one was the Double Red Sea Dweller that sold for $91 thousand. The second is this Submariner that is sold with matching archive papers and red box from Cartier that indicates the date of purchase. 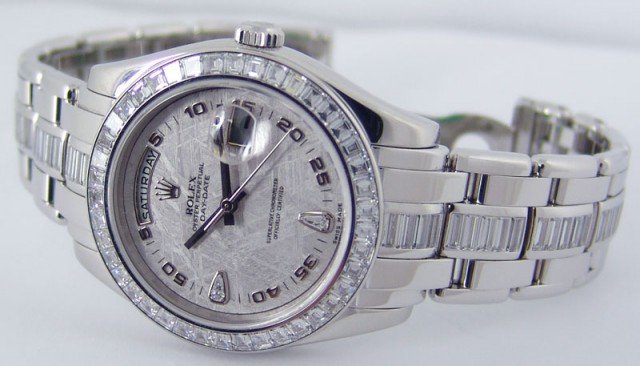 The special edition watch, Rolex Platinum Pearlmaster 18956, is also one of the most expensive watches created by Rolex. It comes along with a leather wallet.  This is an actual photo of the timepiece taken in Branson, Missouri with a professional camera. 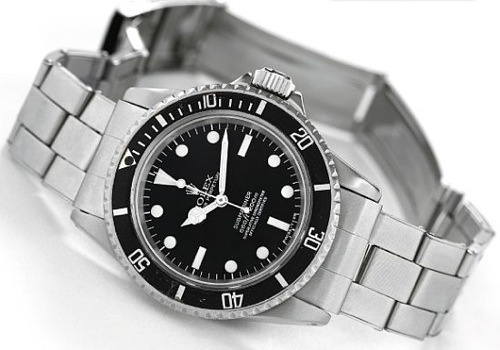 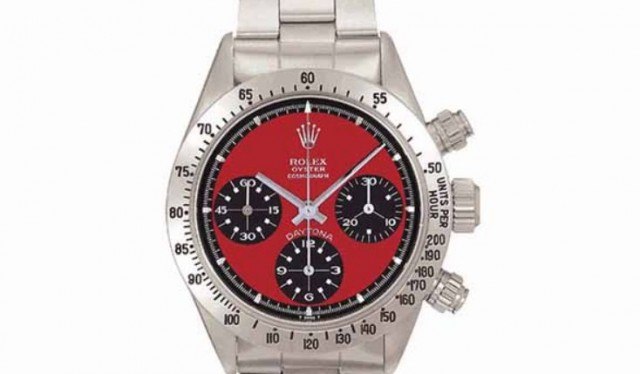 One of the Rolex watches that has been bought for one of the highest prices, appears to be the Paul Newman Rolex Oyster Cosmograph “Daytona”. The wristwatch was created in 1979 and has a red dial with black subdial. It sold at auction for a staggering three hundred fifty thousand dollars. 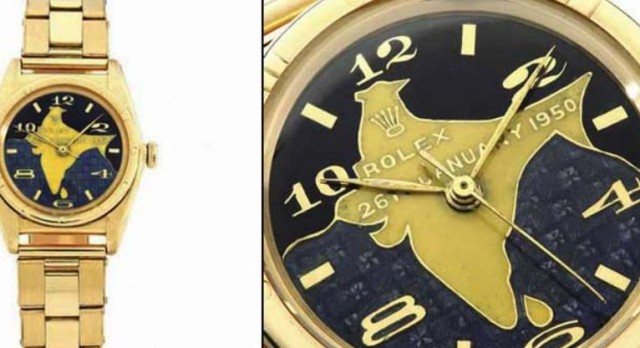 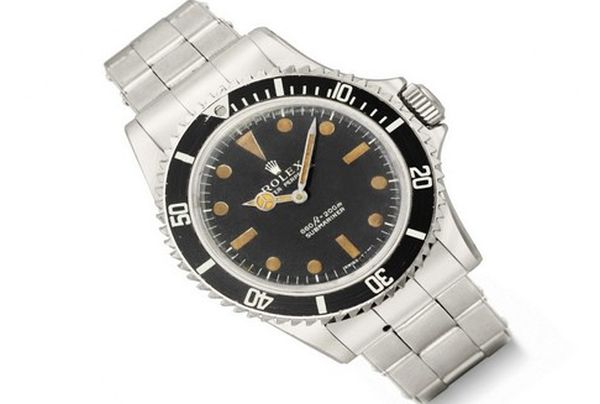 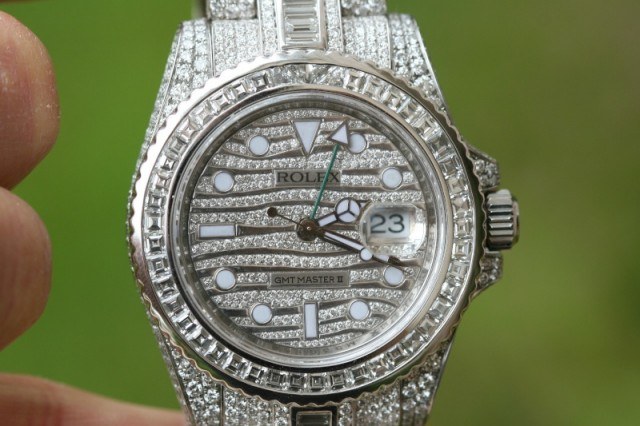 One of the most expensive watches Rolex GMT 116769TBR, which is composed of 18K white gold and rocked in world’s biggest markets as made for richest persons, has an Oysterlock clasp. The impressive watch shows off a wave diamond dial with luminous hour markers, appeared to be self-winding automatic and 76 brilliant diamonds was decorated in its locks and case. 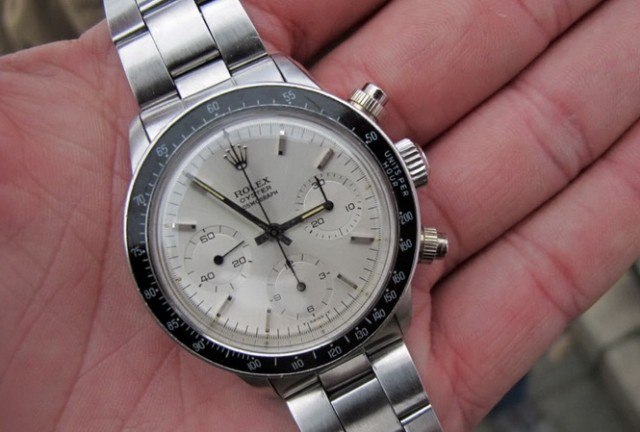 Britain renowned rock star and blues guitarist, singer and songwriter Eric Clapton 1971 Rolex Daytona comes out with a silver monochrome dial, a stark contrast to the more familiar design themes of the England based company that features different schemes. Because of Eric Clapton’s title the 1971 Rolex Daytona. 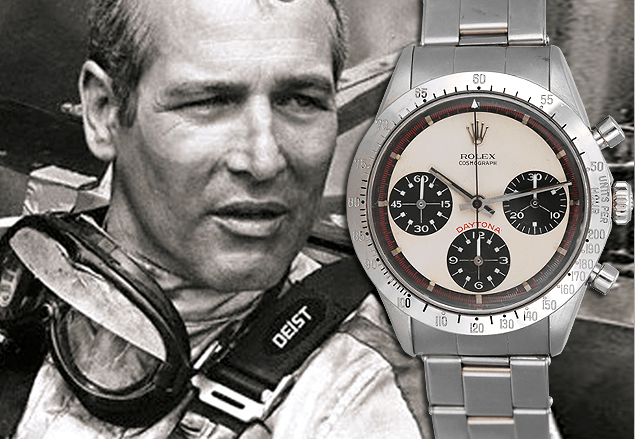 Back in 1963 when the model 6241 was on the market and famous movie actor Paul Newman decided to wear one of these masterpieces, the history began. The watch was sold for a record breaking price of $1.1 million at auction at Christie’s in 2013. 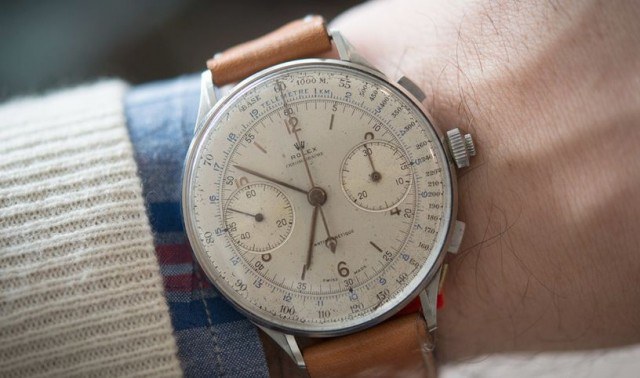 This 1942 classic was auctioned at $1.16 Million and it had original value of $680,000 and only 12 pieces was made. It has silver matte dials, lever movement and nickel finish. It also sported 17 jewels, baton numerals, and pink gold numerals. It also consists of blue telemeter, outer minute divisions, 30-minute register, 2 subsidiary dials for regular seconds, blue telemeter, and black tachymeter scales.