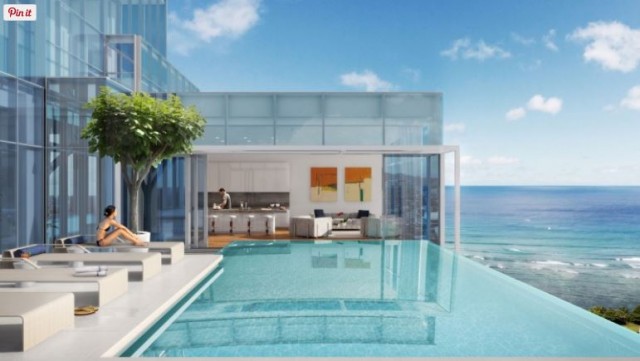 The white sand beaches of Oahu are among the most beautiful in the world. The moment you step outside the Honolulu Airport into the fresh, fragrant air, you know you’re somewhere special. The lush green landscape, the friendly smiles from locals, the smell of what can only be salt perfumed with an air of fresh fruit and the overwhelming feeling that you have arrived in paradise assault your senses. It’s magical, and it’s the type of location you never want to leave. If you have approximately $36 million lying around, you don’t have to leave. Of course, could purchase a smaller home somewhere else on the island, but there is nothing quite like the most expensive, most luxurious penthouse in all of Oahu. 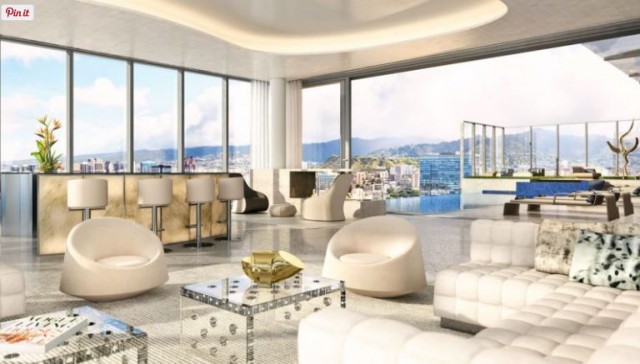 The Grand Penthouse, as it’s called, sits high above the shores of Waikiki Beach, waiting for someone to call it their own. You can own it later in 2016 once the beautiful Waiea Tower is complete. This luxe building features an infinity pool, a golf simulator located inside the building and even a fitness center with yoga classes onsite. Designed so that residents get to experience only the best of the best in everyday life, this is an upscale establishment. Buyers have their choice of more than 175 apartments and 14 penthouse suites. However, there is only one Grand Penthouse. 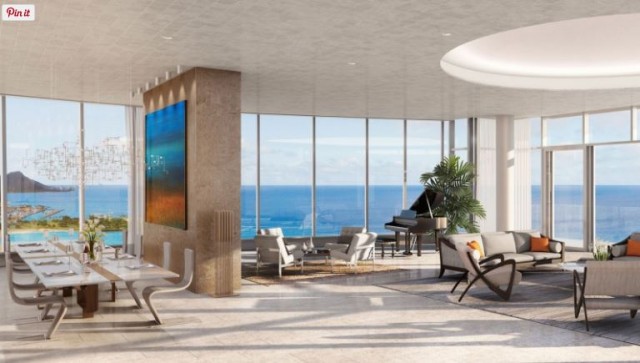 On the 36th floor of the building sits a five-bedroom, 10,000-square foot apartment with views of everything amazing the island has to offer. Diamond Head, the Pacific Ocean and the downtown skyline are all visible without any interruption. The open floor plan is created perfectly so that every room in the residence features an unparalleled view of the ocean or the most famous volcano on the island. The views are breathtaking, and the reason you’ll want to spend a staggering $36 million on this apartment, but it’s the amenities that will keep you here. 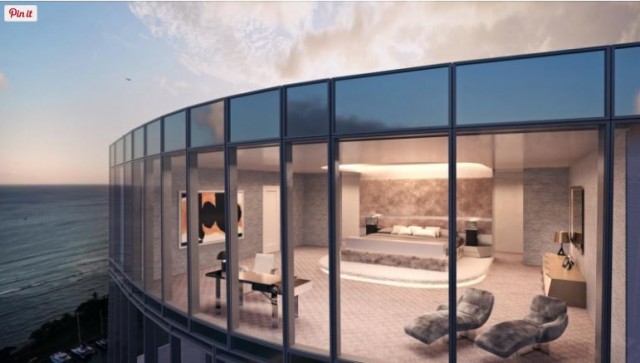 Your own private rooftop pool features amazing views of the ocean, and it has its own guest house with its own full kitchen. There is a bar, and you’ll get your very own four-car garage in which to park your vehicles away from carelessly swung open doors and the prying eyes of your neighbors. What’s so amazing about this penthouse is that it’s going to break records. Never before has a penthouse in Oahu sold for more than $20 million, and this one is being offered to the highest bidder for almost double that price. The floor below features a six-bedroom penthouse that’s just as lovely without a few of the other special amenities, and it’s being offered for $35 million. 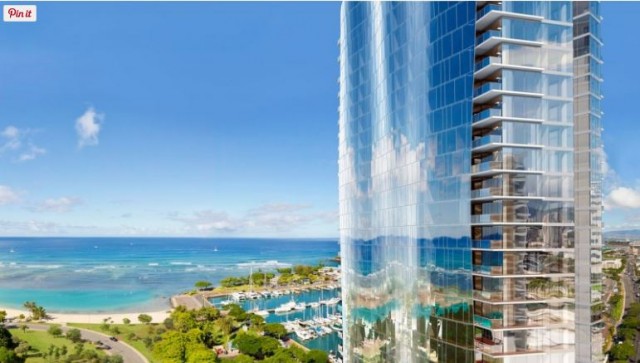 The building is part of a 60-acre project that’s ongoing and being developed by the Howard Hughes Corporation. The tower belongs in the Ward Village, all developed by the same company, and will be the nicest building in the entire are. It sits just about a mile from the beach, but you cannot tell based on the stellar views of everything the island has to offer.