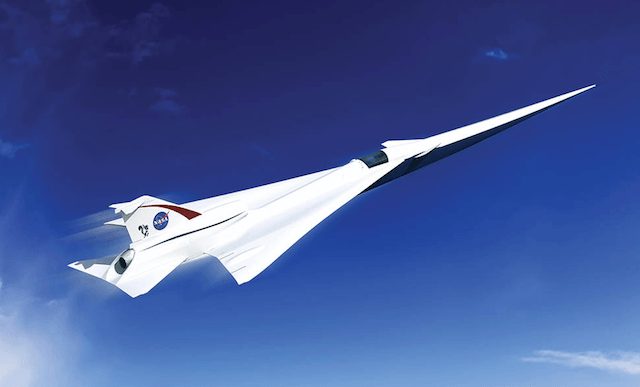 One of the biggest issues with supersonic passenger jets was the sonic boom that they created once they have accelerated past the speed of sound. The X-Plane aims to be a “low boom” aircraft that will offer a much quieter  experience as there are many rules and regulations in the United States that outlaw commercial planes from going faster than the speed of sound.

NASA’s administrator, Charles Bolden, said at a recent event that “NASA is working hard to make flight greener, safer and quieter – all while developing aircraft that travel faster, and building an aviation system that operates more efficiently. To that end, it’s worth noting that it’s been almost 70 years since Chuck Yeager broke the sound barrier in the Bell X-1 as part of our predecessor agency’s high speed research. Now we’re continuing that supersonic X-plane legacy with this preliminary design award for a quieter supersonic jet with an aim toward passenger flight.”

NASA is calling upon Lockheed Martin to design the X-Plane, which will be the first part of their New Aviation Horizons initiative. The team at Lockheed Martin are focusing on creating this Quiet Supersonic Technology, which should allow the X-Plane to dramatically reduce its noise pollution.

Lockheed Martin will work tirelessly with NASA over the next 17 months or so to design and develop the X-Plane. Once they have come up with the finalized plans, they will then move forward with constructing the aircraft and NASA plans to start test flights sometime in 2020. We look forward to the future of the X-Plane as supersonic passenger jets are something that many people miss, as they dramatically reduce travel times.