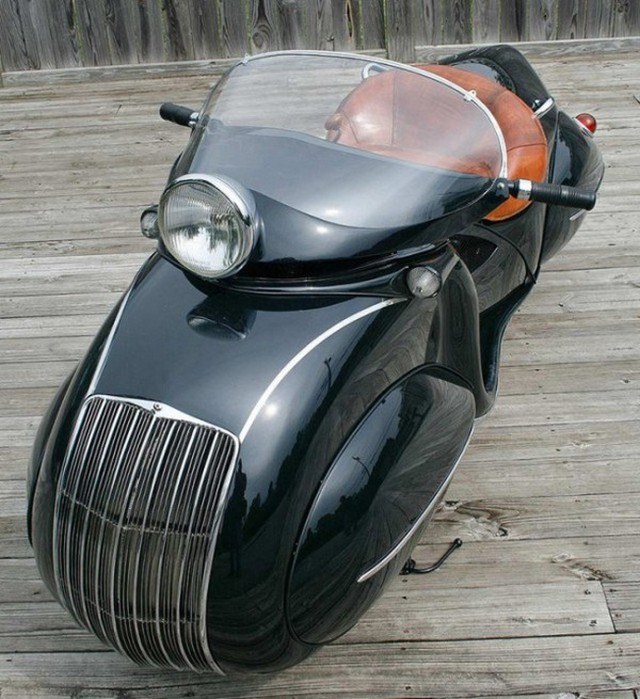 Those of you out there who are motorcycle buffs can truly appreciate this model.  Way back in the 1930s a man by the name of Orly Courtney designed a motorcycle that he called the Henderson Streamline.   In modern day times I would liken this to what the Tucker was for automobiles:  essentially a vehicle that was way ahead of its time both in design and technology.

The Henderson was designed specifically with aerodynamics in mind.  It was able to give out 40 horsepower as well as travel up to 100 mph which in the 1930s was extremely fast.   Back in these times the bike was efficient and had a great design, but motorcycle purists shunned it calling it a cartoon motorcycle.

If only those purists were around today to see some of the technology behind motorcycles now.  Clearly those who are still purists will look back at this model in respect and admiration as we certainly do.  Wondering how much this costs?

Back when photos of this machine went viral on the Internet, the concept creator’s phone began ringing as  people―including a New York art dealer―told him they wanted to buy it. But Westfall says he can’t envision the circumstances under which he would sell this example of Ray Courtney’s futuristic vision.

“This is simply irreplaceable,” he says. “There is nothing else like it. In the words of (AMCA President) Rocky Halter, I am in possession of motorcycling’s finest example of American industrial art.”

Hope you like the pictures and walk down memory lane. 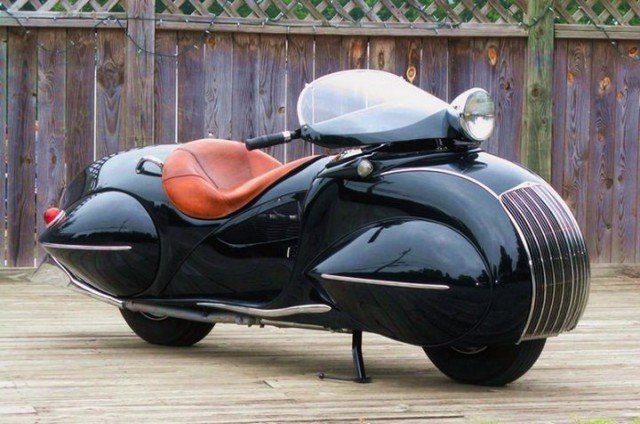 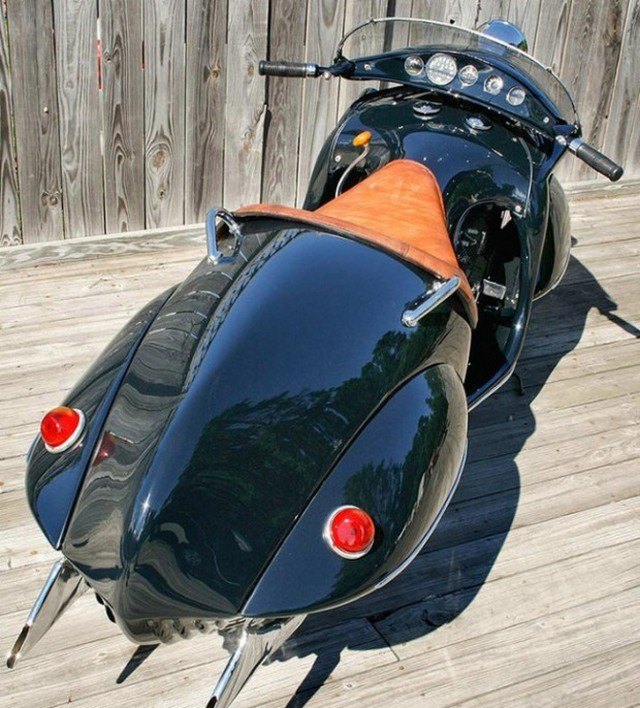 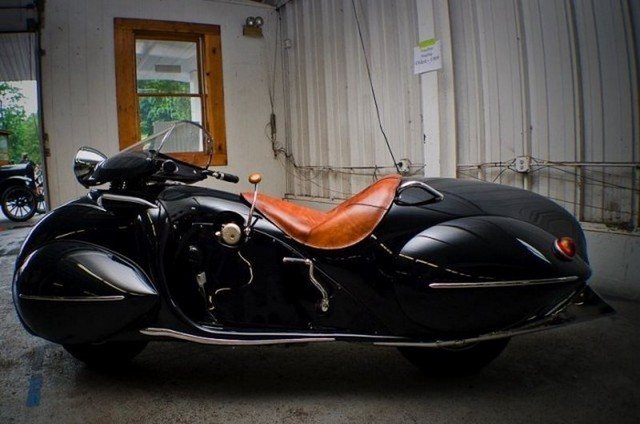 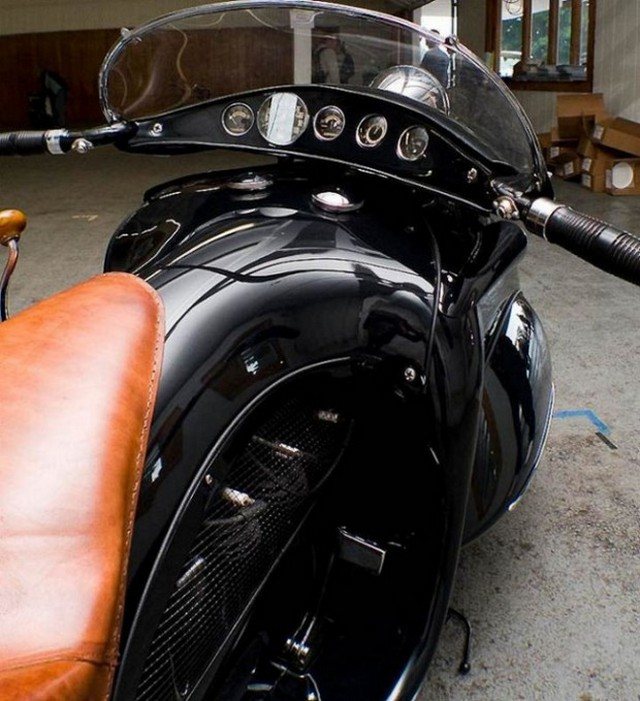 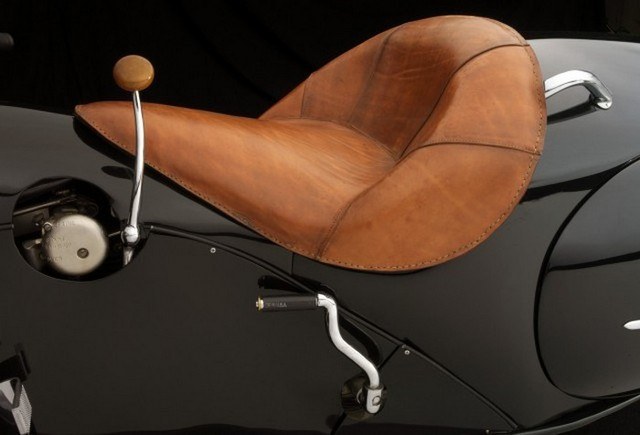 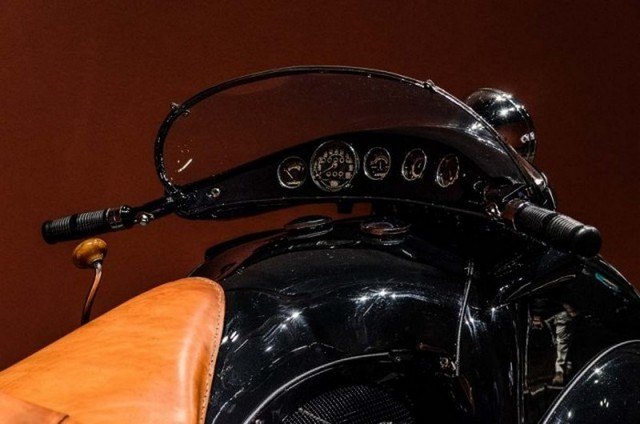 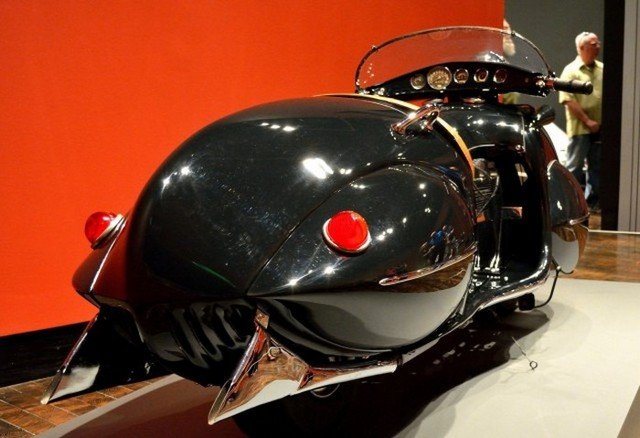 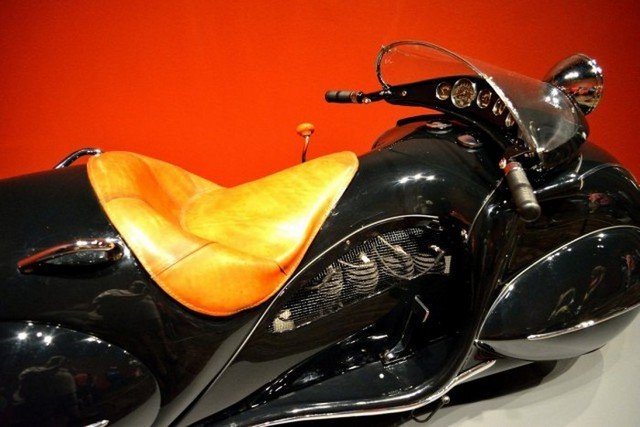