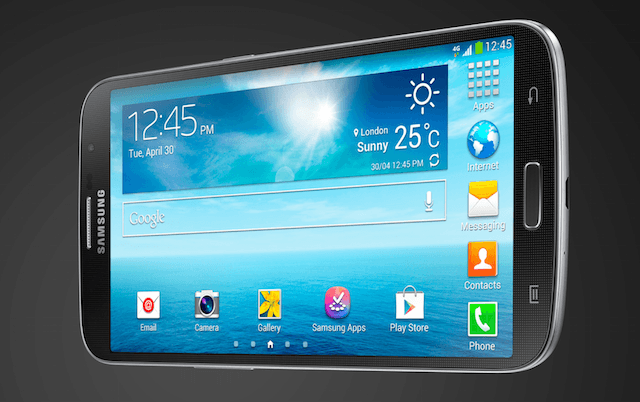 Ever since the mobile phone was first introduced in the 1980’s, they were clumsy and large, to say the least. For years phone manufacturers worked to makes phones smaller and smaller, eventually getting them down to being only a few inches. Well now that we have touchscreen smartphones, we see a trend that is moving in the opposite direction. For awhile in the later 2000’s and the years following, companies still focused on small cell phones, however Samsung wanted to do something different.

In 2011 the Korean technology company was seeing a boom in their cellphone sales as more and more people were purchasing phones from their Galaxy line. The company thought that perhaps there was a market for cellphones that were larger than normal, and were sized somewhere in-between a normal smartphone and a tablet, so they created the Samsung Galaxy Note. While the phone was moderately popular among users, most tech reviewers and websites criticized the phone for its “massive, and unusable 5.2 inch screen”. Most people just thought this was simply too large and un-wieldley for a cellphone.

Despite that Samsung continued to increase the screen size of their phones, and then they released the Galaxy Note II which was really popular. I purchased one of these phones as it was my daily driver for awhile. I too was often criticized for having such a large phone and most people thought it was silly. I certainly enjoyed the large phone, and the critics wouldn’t stop Samsung when they released the Galaxy Mega back in 2013.

Samsung wanted to test the market to see just how big they could make cellphones, and at what size would be the cutoff, so they made the Galaxy Mega. With it’s massive 6.3 inch screen it was one of the largest cellphones that you could buy, and it still is bigger than most phones out today. The Galaxy Mega ran Android 4.2.2 with TouchWiz, had an 8mp camera, a Qualcomm Snapdragon 400 processor, and 1.5 GB of ram. Samsung did not outfit this cellphone with the best specs available at the time, as they were primarily testing how many people would purchase a phone that was 6.6 inches in length. The Galaxy Mega was not for everyone, however it certainly helped with the large phone movement.