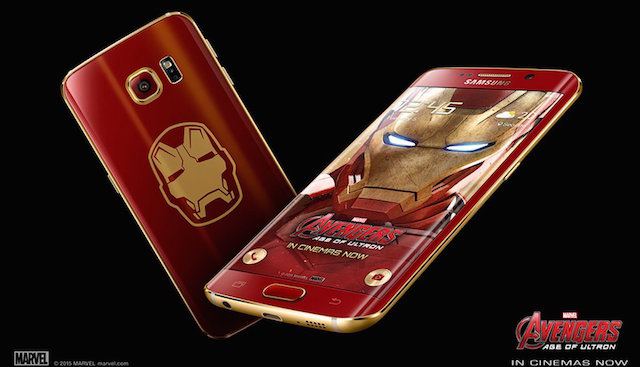 Technology is the one industry/product category that arguably experiences the most amount of depreciation. As soon as you buy a new computer, television, or a tablet a new and better one will come out within a few months. This is why, at least in my opinion, it’s not extremely wise to drop obscene amounts of money on a piece of tech. But sometimes you cannot avoid spending a lot of money on technology. If you want the best television or the hottest cellphone on the market, you’re going to have to drop some money on it. But how much is too much?

With the release of the Apple Watch, we saw the ostentatiously expensive “Apple Watch Edition” line that featured the smartwatch being made out of gold. Prices for the watch ranged between $10,000 and $17,000 dollars. It’s super expensive, but people were willing to spend money on it. Now if there’s any country that seems to love to spend outrageously high prices on technology, it would probably be China. There, the most expensive gold Apple Watches sold out in under an hour. Then we heard the story about a man who bought two of the gold watches for his dogs. Well the newest tech news out of China is that someone apparently dropped $91,635 dollars on a limited edition Iron Man Galaxy S6 Edge. 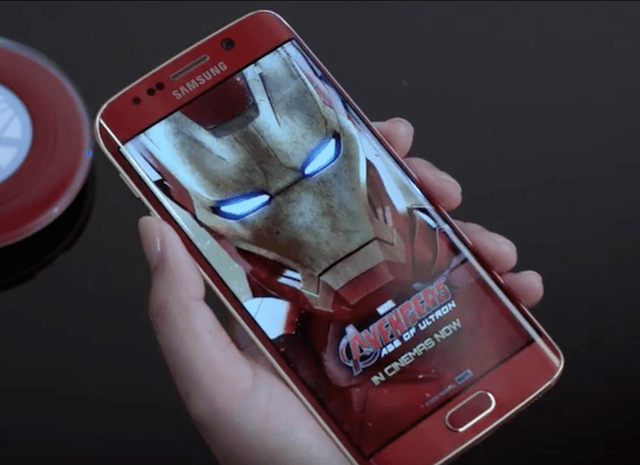 If you’ve seen the recent Avengers: Age of Ultron that you know there was a good bit of product placement within the film. Luxury car manufacturer Audi has used their vehicles in a few of the Marvel films, and South Korean tech-giant Samsung has followed suit. There were a few scene within the move where we see one of the characters use a cellphone or tablet, and of course they were Samsung products with the logo visible to viewers.

Well to celebrate the film further, Samsung created a few limited versions of their Galaxy S6 Edge that have been inspired by Iron Man. They have given their newest phone a facelift, and it features a bunch of custom detail work, a few added extras, and a color scheme that looks like Iron Man’s suit. It’s not quite clear how many of these limited edition phones were produced, but they normally cost $1,079 dollars. Oh and you also can’t buy them here, as they haven’t been released in the United States. As it seems there is a strong demand in China for this phone, as a particular model was put up on the Chinese auction site known as JD.com. It received over 90,000 bids with the bid closing at that staggering $91,635 dollars. So who would spend that kind of money and why? 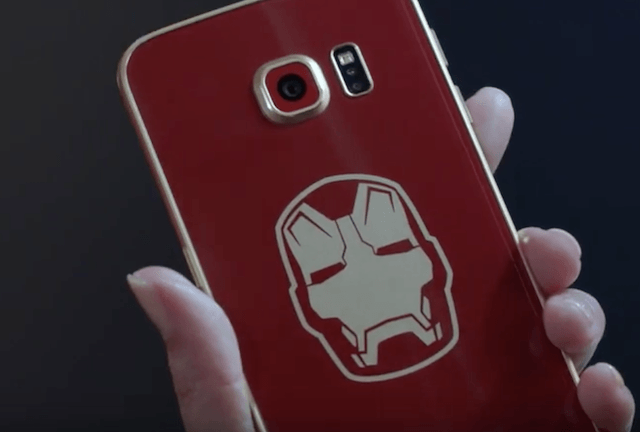 We already know the phone is very rare and produced in limited numbers, but is it worth that much? Probably not. But we can try to understand as to why it was sold for that amount. First of all, there are plenty of people that are fans of Iron Man and The Avengers, so that’s a factor to consider. But more importantly, there are a few other aspects of this phone that make it attractive to the Chinese in particular. Have you ever wondered why many Chinese restaurants have signs with yellow and red in them? Well those colors are considered to be lucky in China, and given that the phone is red and gold, it’s also considered to be lucky. Additionally the phone’s serial number is “66”, and 6 is a lucky number in China as well. Given that fact, the colors, and that it’s an “S6”, this phone is the epitome of Chinese luck.

However outside of the serial number, and the cool Iron Man color schemes on the phone, this is a normal Galaxy S6 Edge that functions exactly like the normal ones. The phone runs Android Lollipop and features a quad-core processor, a 16 megapixel camera, a 2,600 mAh battery, 3GB of RAM, and of course that unique edge-to-edge QuadHD display. Samsung is well-known for pushing the envelope in terms of technology, and you really should check out a regular S6 Edge to see how cool the display is. I had the opportunity to use one for a day (not the Iron Man edition), and it is certainly a sleek phone.

So while any S6 Edge is cool and the Iron Man edition is certainly very attractive for Marvel fans, I don’t see how it is actually worth over $91,000 dollars. That’s just absurdly expensive, given what that money could be spent on elsewhere. Sure the phone is cool and a limited edition model, but in less than a year Samsung will release a newer model making this one inferior. So, how much would you be willing to spend for an Iron Man cellphone? To see the phone in action, check out YouTuber Marques Brownlee’s video overview of the device: