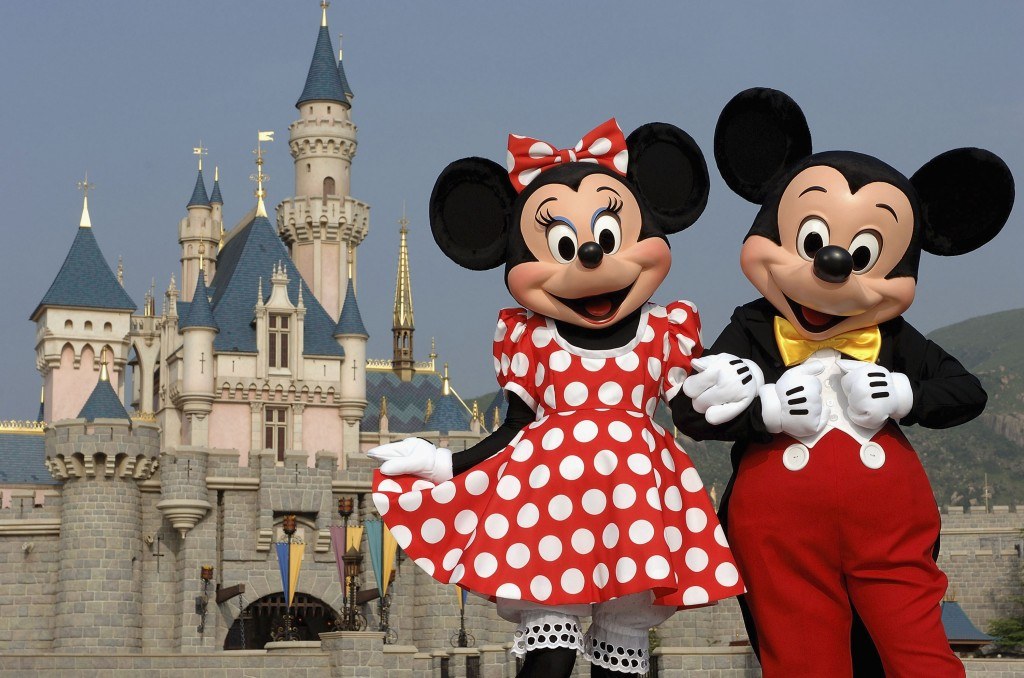 Last year, Forbes released the “Fictional 15,” a comprehensive list calculating “the net worth of the wealthiest characters from novels, movies, television, and games, constructing portfolios based on those stories, and valuing them using real-world commodity and share prices.” When it comes to fictional characters, no one creates them better than The Walt Disney Company. Founded in 1923 by Walt Disney and Roy O. Disney as the Disney Brothers Cartoon Studio, the company quickly became a leader in the American animation industry and later diversified into live-action films, television, and theme parks. Best known for the products of its film studio, Walt Disney Studios, The Walt Disney Company is one of the world’s largest mass media corporations in the world with a market cap of $149.53 billion. Of all the characters created by Disney, one character in particular sits atop the gold mine–both literally and figuratively.

Scrooge McDuck (pictured below) is the wealthiest Disney character of all-time with a net worth of $65.4 billion. Created by Carl Barks in 1947 and licensed by The Walt Disney Company, Scrooge McDuck–the maternal uncle of Donald Duck and the grand-uncle of Huey, Dewey, and Louie–is an elderly Scottish duck who typically seen wearing a signature frock coat, top hat, glasses, and spats. The richest duck in the world and the richest character in the Disney universe, McDuck–named after Ebenezer Scrooge from A Christmas Carol–is a wealthy business magnate and tycoon first introduced in Four Color Comics issue #178. Characterized as a greedy anti-hero in his first few appearances, McDuck was eventually portrayed as a thrifty hero, adventurer, explorer, and philanthropist. In 1952, McDuck was given his own comic book series, Uncle Scrooge, which still runs today. Featured mainly in comics, Scrooge McDuck has also appeared in animated cartoons, including the popular television series DuckTales. The world’s richest duck got his start polishing boots on the streets of Glasgow and made the majority of his fortune from mining. McDuck still owns the first dime he ever earned and keeps his net worth piled high inside his “money bin,” where he loves to dive in and swim through his wealth. Not only is McDuck the richest Disney character of all-time, but he’s also the richest fictional character in the world. 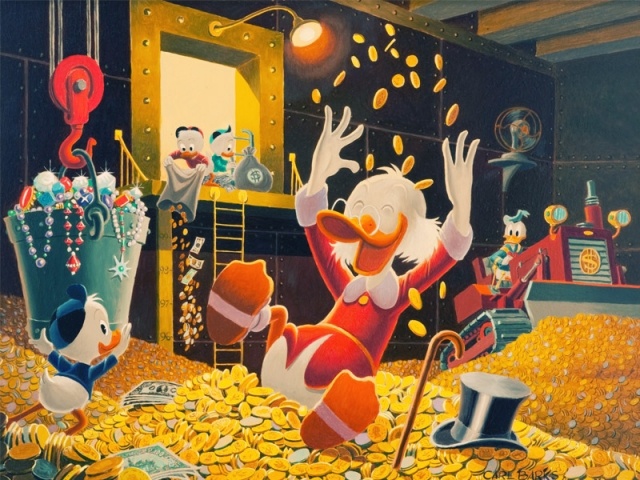