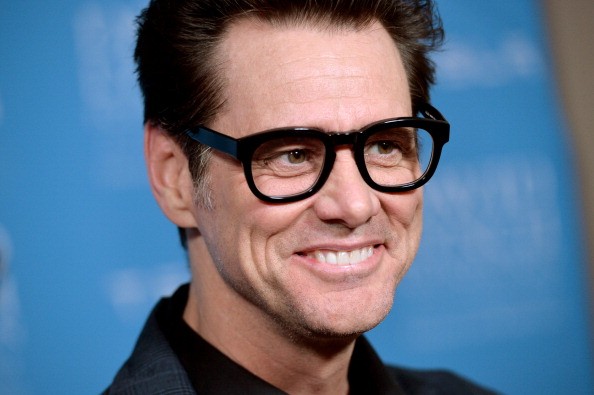 Jim Carrey is one of the world’s most well-known comedic actors. The Canadian-American actor, comedian, screenwriter, and producer is renowned for his slapstick humor and with a net worth of $150 million, Carrey is also one of Hollywood’s richest leading men. Carrey first rose to fame in 1990 after landing a recurring role on the hit sketch comedy In Living Color, created by Keenan and Damon Wayans, and spent the mid-1990s starring in his first major roles, including Ace Ventura: Pet Detective (1994), Dumb and Dumber (1994), The Mask (1994), and Ace Ventura: When Nature Calls (1995). Carrey then went on to star in numerous successful roles that garnered him a total of one BAFTA Award, two Golden Globe Awards, three People’s Choice Awards, five Teen Choice Awards, six Kids’ Choice Awards, and 11 MTV Movie Awards. Carrey continues to star in major motion pictures including The Incredible Burt Wonderstone (2013), Kick-Ass 2 (2013), and Dumber and Dumber To–scheduled for release next month. Read on for a list of the top five highest-grossing Jim Carrey movies of all-time, in order of worldwide box office gross.

Disney’s A Christmas Carol, released in 2009, is a 3D computer animated motion-capture holiday film written and directed by Robert Zemeckis. An adaptation of Charles Dickens’ famous story of the same name, the film stars Jim Carrey in a number of different roles, including Ebenezer  Scrooge and the three ghosts that haunt him. The film received mostly positive reviews and opened at number one.

Directed by Joel Schumacher and produced by Tim Burton, Batman Forever was the third installment of Warner Bros.’ initial Batman film series. Released in 1995, the film stars Carrey as the villainous Riddler along with Val Kilmer as Batman, Tommy Lee Jones as Two-Face, Nicole Kidman as Dr. Chase Meridian, and Chris O’Donnell as Robin. With a more dark and fantastically dystopian atmosphere, the film received mixed reviews but was a box office hit.

Dr. Seuss’ How the Grinch Stole Christmas, a holiday film based on the 1957 book of the same name, was released in 2000 and starred Jim Carrey in the lead role of the Grinch. Directed by Ron Howard and distributed by Universal Pictures, the film received mixed critical reviews, yet spent four weeks as the number-one film in the United States. Dr. Seuss’ How the Grinch Stole Christmas is the second highest-grossing holiday film of all-time behind Home Alone.

Based on a series of comic books published by Dark Horse Comics, The Mask is a 1994 slapstick fantasy film directed by Chuck Russell. Coming off the success of Ace Ventura: Pet Detective earlier in the year, The Mask stars Jim Carrey as Stanley Ipkiss, a man who finds a mysterious mask that turns him into a magical maniac. The film was a box office success–becoming the second highest-grossing superhero movie at that time–and garnered Carrey a Golden Globe nomination for his role.

The highest-grossing Jim Carrey movie of all-time is the 2003 comedy Bruce Almighty. Directed by Tom Shadyac, who directed Ace Ventura: Pet Detective and Liar Liar, the fim stars Carrey in the leading role as Bruce Nolan, a down-on-his-luck television reporter who is offered the chance to try being God–played of course by Morgan Freeman–for one week. Co-starring Jennifer Aniston and Steve Carrell, Bruce Almighty was an absolute box office smash, making it the highest-grossing Memorial Day weekend opening of any film in motion picture history at that time.