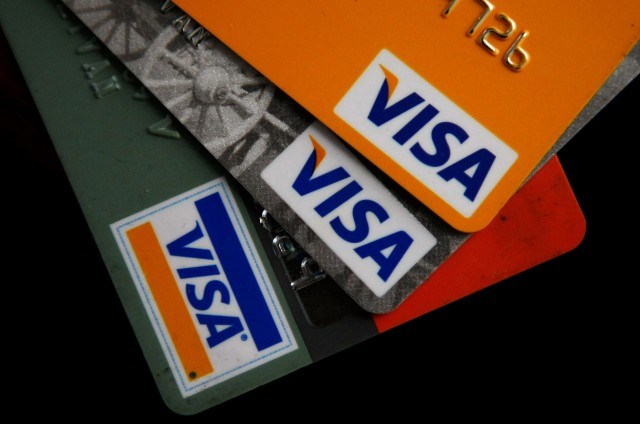 Ah credit cards, those little pieces of plastic that allows us to purchase things that we don’t really have the money for. The history of credit cards can be traced back to the 1920’s when Western Union began to provide frequent customers with charge cards. Today, the vast majority of adults own or use one, and it has come to a point where you almost need a credit card. Things like receiving a mortgage, purchasing insurance, or buying a car are all things that you need to have credit to purchase. Now they aren’t necessary, but they do make our lives much easier, at least in theory. There are also some pretty insane facts and figures on credit cards, many of which might surprise you. So we are going to take a look at ten mind boggling facts about the world of credit cards.

10. Discover Card was created by Sears

Back in 1985, Sears was looking for a way to offer a financial service for frequent customers. So they established the Discover Card, and it was very popular at the time because there were no annual fees. Sears also owned the Dean Witter Reynolds Organization and when they merged with Morgan Stanley in 1997, Discover Card came with them and is now essentially its own company.

9. Most Americans own more than one

8. You can easily lower your interest rate

Credit card companies are massive businesses with millions of customers, so they have a lot of cash to spend. Like internet and cell phone providers, they will do a lot to ensure that you stay with their company. All it takes is a simple phone call to your credit card provider, and they will likely lower your interest rate if you politely complain.

7. You don’t need to present a drivers license when making a purchase with a card

As per the merchant agreements of Master Card, Visa, AMEX, and others, you do not need to present a drivers license when making a credit purchase with a vendor. You think that sometimes you would need to do so as it seems like a way to prevent fraud, however that is not the case. You also do not need to provide a phone number or home address to a vendor when making a payment with most credit cards

5. The United States leads the world in credit card fraud

According to findings made by the Nilson Report, in 2012 the United States accounted for 47.3% of all credit card fraud cases in the entire world! So as it seems, we have the most amount of people looking to rip someone off, steal their identity, and then use their credit cards selfishly.

The system is actually stacked against credit card users. Minimum payments are kept at an intentionally low amount to encourage overspending. With a 2% payment, someone that can afford to pay $100 per month could be awarded a credit limit as large as $5,000! If that rate were say, 5%, then the would only be awarded a line of credit for up to $2,000. So the system is actually rigged and it encourages overspending so credit card companies can make more money.

3. Some places require a specific minimum amount of credit

Ever since I graduated college, it seems like everyday I get a new offer in the mail to sign up with a credit card company offering “the lowest rates and best service, but only for a limited time!”. Well as it turns out, credit card companies send out offers extremely frequently. Data suggests that the average American household receives around 6 new offers each month, but less than 1% actually sign up with one. That’s a lot of junk mail.

Not only does the United States account for the highest levels of credit card fraud, we also have some of the largest amount of debt. Last year, the total amount of credit card debt that Americans held was around $793 billion! Statistically speaking, that means that if the debt were spread equally among credit card holders, each person would own some $15,000 dollars. However the average American who has credit card debt, owes between $1,100 and $7,700 dollars. You really have to make sure you can afford to own and use a credit card before you go on a spending spree.