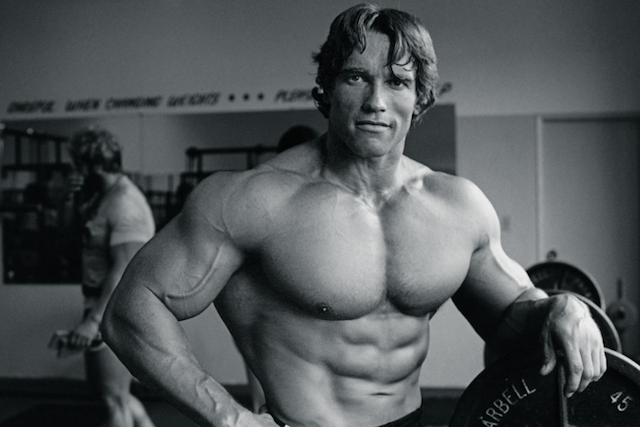 Bodybuilding is the pursuit of using weights and resistance training to contract and shape an impressive physique. It is a sport almost solely dedicated to lifting iron. Bodybuilding is not for the faint of heart and it’s much more than just going to the gym and doing some pull-ups. Bodybuilders dedicate their lives to their careers, and never really stop working. They’re training maybe six times per week if not more, eating the right food groups, and counting all of their calories and macronutrients. The sport of bodybuilding took off during the 1960’s and the 1970’s, and has changed a lot over the years as it has grown in popularity. However there have been a few bodybuilders in particular who are among the best, so let’s look at a list of the top ten legends of bodybuilding: the all-time greats. 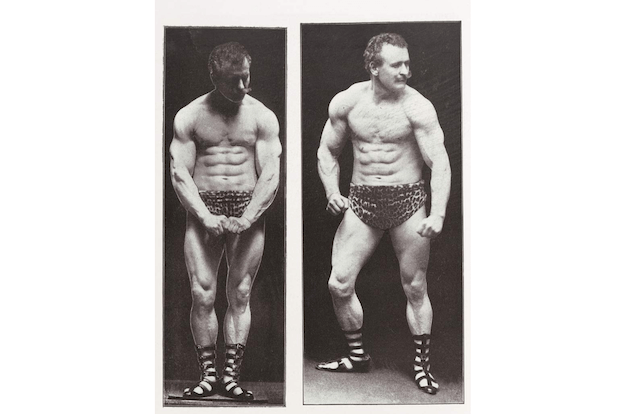 Compared to the bodybuilders of today, Eugen Sandow doesn’t look like much, however I still consider him to be one of the greatest. The reason why? Well he’s considered the founding father of modern bodybuilding. Sandow was born in Prussia back in 1867. When he was a young man, he avoided entering into the military by becoming a circus performer and an athlete. He eventually became involved with weightlifting and strongman competitions throughout Europe, and realized that he had a genetic gift for developing muscles and strength. He’s marked as one of the first bodybuilders that posed and lifted weights in front of an audience, which is why he is the statue that’s used for the Mr. Olympia 1st prize trophy. For those reasons, we had to include him, seeing as Sandow basically started the sport. 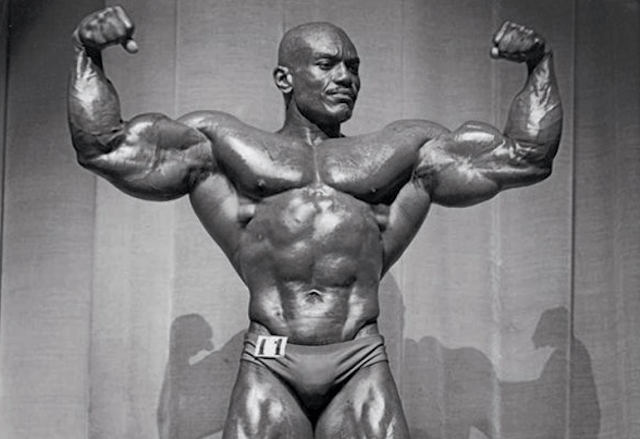 Sergio Oliva was a Cuban bodybuilder who came to first came prominence during the early 1960’s. As a young man in Cuba, Sergio met up with a group of Olympic weightlifters and began training with them as he fell in love with the sport. He would soon transition into bodybuilding, and would go on to win the 1967, 1968, and 1969 Mr. Olympia. The thing about Sergio that makes him one of the greats, is that he carved an incredible physique at a time when bodybuilding was still fairly new and when the science behind fitness and muscle building was not where it is today. Sergio built his body when training routines, supplements, and nutritional information really didn’t exist to the extent that they do today. He didn’t have access to expert personal trainers or the best supplements on the market, yet was still able to accomplish so much. This is why he earned the nickname “The Myth”. When Sergio stepped on stage for the first time, no one saw anything like it. 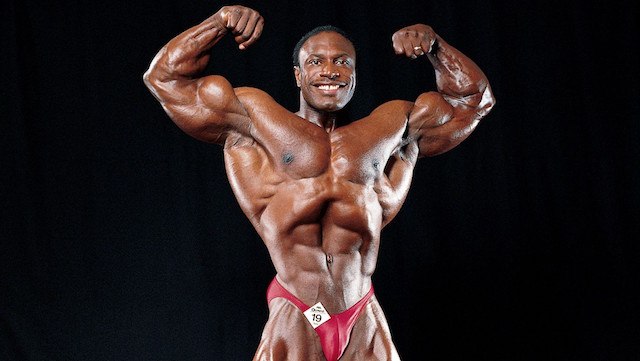 Lee Haney rose to prominence as a bodybuilder during the early 1980’s and would go on to secure his first Olympia win in 1984. He would continue wining the Olympia until 1991, as is revered as one of the best. Prior to the Haney-era, bodybuilders who were small, defined, and proportional were among the favorites. However what they made up in definition came at the expensive of size. Then Haney came into the scene and changed bodybuilding forever, bring about the era of mass, proving that you now had to be not only aesthetic, lean, and proportional, but big as well. And at 5’11” with a competition weight of 248 lbs, Haney was quite big.

Photo from Muscle and Fitness 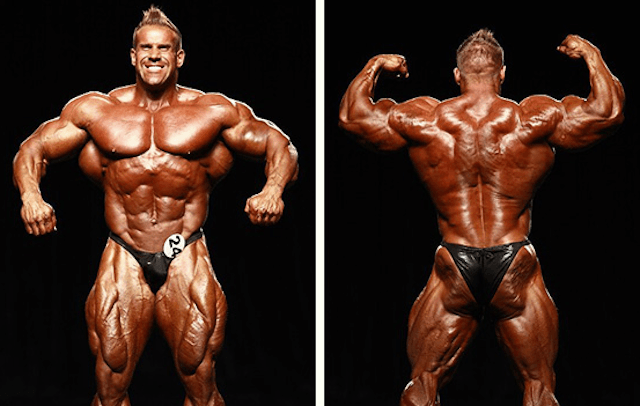 Four-time Mr. Olympia Jay Cutler is yet another one of the greatest bodybuilders ever. While his physique like many of the physique of modern building are truly intimidating and I’d reckon most people don’t want to look like Cutler or others, he still has an impressive body. He started training when he was just 18 and began competing in the 1990’s, before he secured his Olympia titles through the better parts of the 2000’s. Cutler has an absolutely massive physique that is defined and proportional, despite his massive size. Additionally his notable rivalries with Ronnie Coleman and others gave him a fierce drive to win. 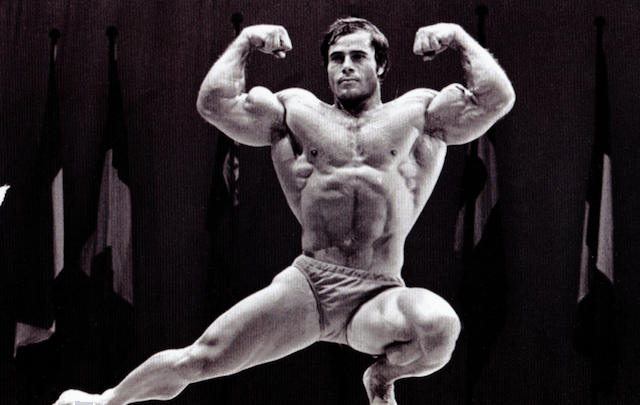 Franco Columbu is an Italian man who’s considered by most to be one of the greats. Born in 1941 in a small town in Sardinia, Columbu was always an athlete. He started out as an amateur boxer, trained in Olympic weightlifting, moved into powerlifting, and finally competed in bodybuilding. At only 5’3″ Columbu’s small frame allowed him to pack on a lot of muscle that gave him a very thick and filled out physique. He earned the Mr. Olympia title twice, in 1976 and in 1981. However not only is Franco a great bodybuilder, he’s just an all-around athlete. He completed in the first “World’s Strongest Man” competition in 1977 and has some truly impressive strength. At his peak, he was able to bench press 525 pounds, squat 655 pounds, and deadlift over 750 pounds. 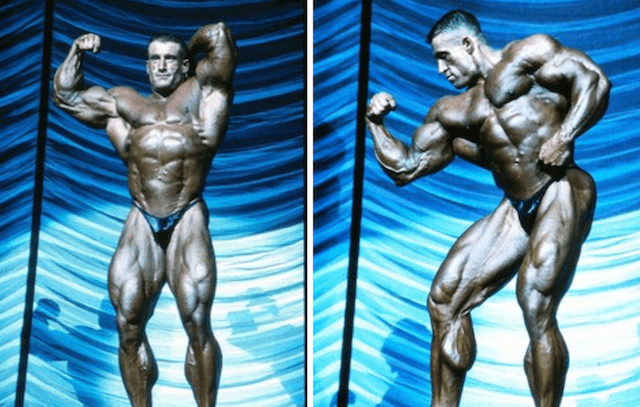 Dorian Yates is an English Bodybuilder who has won the Mr. Olypmia title six consecutive times from 1992 to 1997. He popped onto the scene right after Lee Haney, the man who moved bodybuilding more towards mass, retired. People weren’t sure if bodybuilders could get bigger than Haney, but then Yates stepped out on stage. His 5’10” stature combined with his 262 lbs (that’s 262 lbs at single digit bodyfat percentages, mind you) competition weight made him a force to be reckoned with. Lee Haney brought the focus of bodybuilding towards mass, and Yates took it one step further. 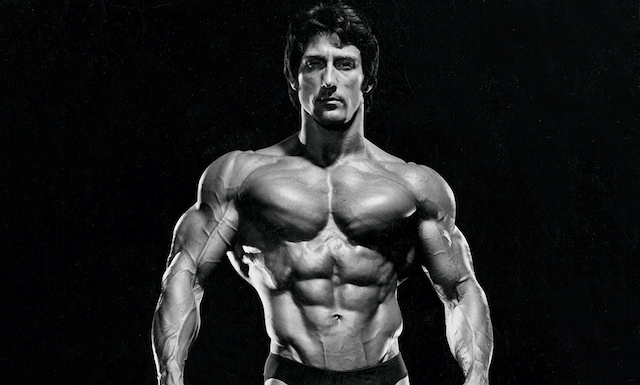 Frank Zane is an American bodybuilder who came to prominence during the “Golden Era” of bodybuilding during the 1970’s alongside guys like Arnold and Franco. Zane initially started out as a mathematics and chemistry teacher, but would eventually move towards bodybuilding. He’s personally my favorite bodybuilder, and is probably a favorite among many. The reason that Zane is so important as a bodybuilder is he essentially started the “aesthetics” movement in bodybuilding, a movement that placed emphasis on beauty, proportions, and balance. While guys at the time and especially now, focused on imposing, massive physiques, Zane focused on balance, shape, and perfection. Rather than being the largest guy in the gym, Zane was like a living Greek statue that was carved from marble. He had wide shoulders, a small waist, and a large back that gave him a terrific physique. He would go on to win three consecutive Mr. Olympia titles from 1977 to 1979. While the bodybuilders of today are just so massive, Zane is a bodybuilder that you aspire to look like.

Photo from Muscle and Fitness 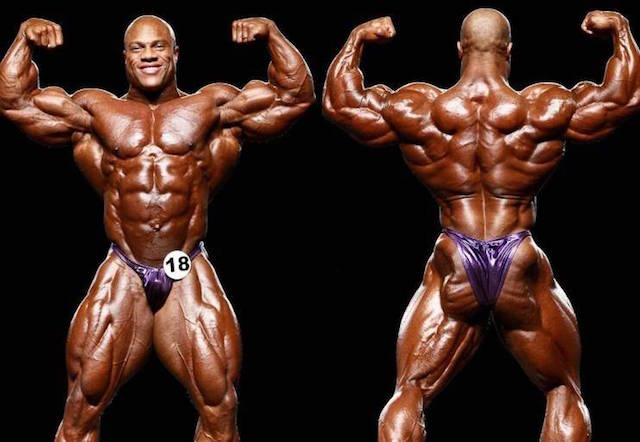 Phil Heath is an American bodybuilder who has won five Mr. Olympia titles and is the current holder on the title. He’s gone undefeated since 2011, and that’s due to his massive physique. He posses large quads, a massive and defined back, and arms larger than most peoples legs. Combine those facts with his great conditioning, and it’s no surprise as to why he’s one of the best. 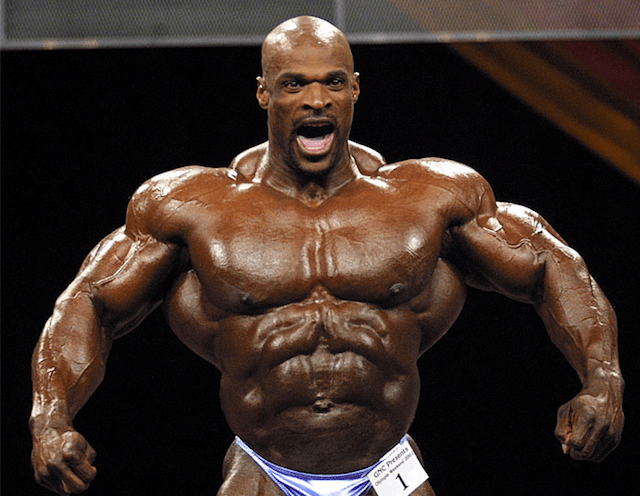 Lee Haney brought about the emphasis of size in bodybuilding when he stepped on stage in 1984. Dorian Yates then continued that notion, and when he retired, people were unsure of what was next. If Haney introduced a new era of bodybuilding, the Ronnie Coleman also brought about a new era. When we think of modern bodybuilding and bodybuilders, we think of guys like Ronnie Coleman. He secured his first Olympia win in 1998, and would go on to win it each year until 2005. In 2003, this 5’11” man weighed in at around 290 lbs. No one saw anything like Ronnie Coleman before, and he was the first true “mass monster”, as they are called. Coleman is the definition of the word “big”, and based on his 8 Olympia wins, he’s tied with Lee for the most overall wins, ever. 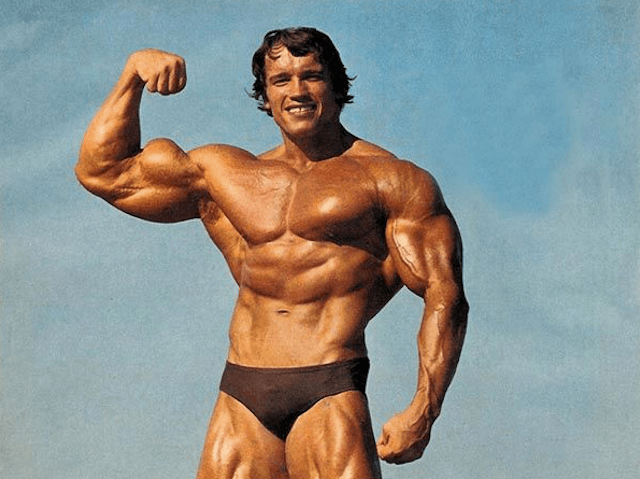 Obviously Arnold Schwarzenegger comes in at number one, as nearly everyone considers him to be the best bodybuilder of all-time, even by todays standards. Arnold defined the Golden Era of bodybuilding and really helped the sport grow in popularity. He possessed a well developed and symmetrical physique that was also absolutely massive. Given his large 6’2″ frame, he is also taller than most bodybuilders, which made him even more imposing. He’s won seven Mr. Olympia titles over the years which is very impressive. While there are guys bigger or more cut than Arnold, he’s still one of the greatest of all-times. But Arnold is more than just a bodybuilder, his life story is just filled with inspiration and success as he sought out and conquered his goals. Arnold is a champion in ever sense of the world, and will always remain to be one of the best, if not the best bodybuilder of all-time inspiring countless to get involved with the sport.