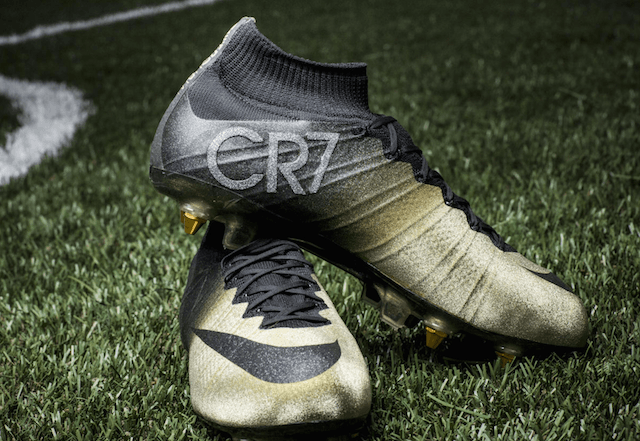 When you are one of the best at your craft, whatever it may be, you are often rewarded for your talent. There are many soccer players in the world, but most would agree that Cristiano Ronaldo is one of the best players to have ever lived. The 29 year old forward hails from Portugal, and plays for the Portuguese National Team (where he’s the captain) and Real Madrid, one of the best teams in the wold. He was recently awarded the 2014 Ballon d’Or for the second year in a row (the award given to the best player of the year), and Nike has also given him a very special gift as well.

Ronaldo is sponsored by Nike, and has always worn their Mercurial boots when playing. Well he now has a new pair, and they might be the most expensive soccer cleats to have ever been made. Nike award Ronaldo with the “Mercurial CR7 Rare Gold Boots” recently, and they are pretty incredible. 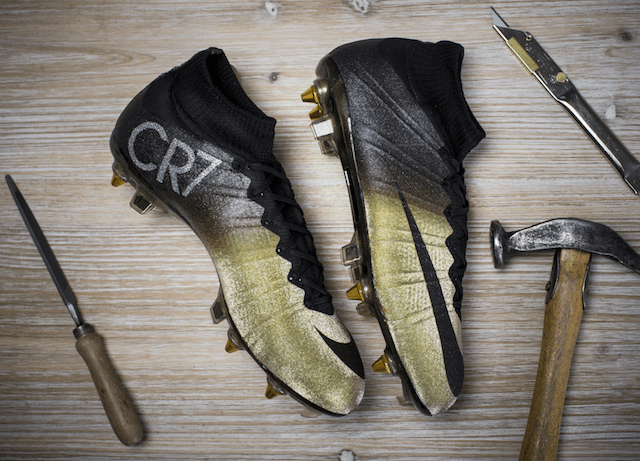 The boots feature a unique color combination that fades from sparkly gold to black. But the most interesting thing about these shoes are the “CR7” logo on the shoes. Nike used micro-diamonds to be infused with the logo, a first for the company. Micro-diamonds are ultra-small fragments that are essentially the flakings of diamonds that come off when jewelers cut the stones. Nike described that this process of applying them to the shoe as a painstakingly and difficult process, but the end result is absolutely beautiful.

It’s not clear what the carat weight of these diamonds are, how many of them there are, or how expensive these boots costs. However considering that these are the only pair in existence, and they were made for Ronaldo, I would imagine they are extremely expensive and probably the most expensive cleats ever. The shoes aren’t just for show as Ronaldo actually plans on wearing them in an upcoming game and I’m sure they will make other players very jealous.