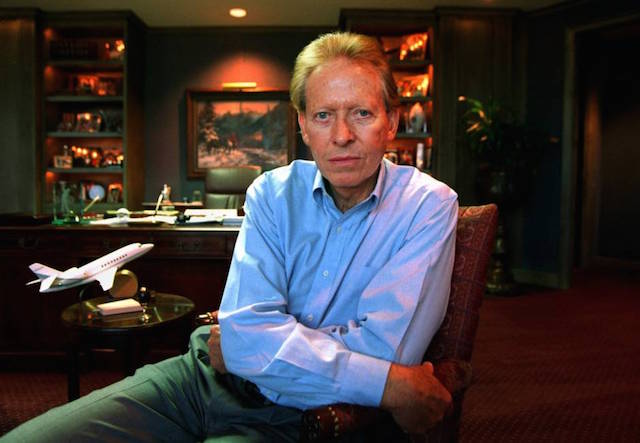 The other day I was fairly bored and began reading about the various billionaires in the world. Over the course of my reading, I began to notice a common theme among many of the individuals on the list: the vast majority of them inherited their wealth. We always like to hear success stories about self-made people, especially billionaires, but a large portion of the wealthiest individuals out there didn’t do a whole lot to earn their fortunes. Many of them happened to be born into it. Then I came across the story of Harold Simmons, an entrepreneur and businessman from Texas. Unlike a lot of the stories that I was reading where an individual was an heir to a fortune or acquired a majority stake in a company when a relative passed, Harold Simmons was a true self-made billionaire. When he passed away back in 2013 at the age of 82, he was worth $10 billion dollars. On it’s own that’s an impressive feat, however when you learn about his humble beginnings it’s even more impressive. Like a true Texan, he did things big and always lived life to the fullest.

Unlike many wealthy individuals that were born into prominent families, this was not the case for Harold. Mr. Simmons was born on May 13th, 1931 in the town of Golden, Texas. Today it is so small that it is actually described as an “unicorporated community”, so you can only image what it was like back in the 1930’s during the Great Depression. His parents were both teachers, and their home was practically a glorified shack as they had no running water or electricity. However despite the situation, Harold made the most of what he had. Instead of messing around as many young boys do growing up, he mostly stayed indoors studying. His parents taught him to value education, so he worked extremely hard at his studies. This turned out to be a great choice.

Harold would go on to earn his undergraduate degree (with honors) from the University of Texas in 1951. Instead of seeking a job, he stayed at school for another year and earned his masters degree in economics in 1952. After he was finally done with education, he was ready to take on the world.

After working a few different jobs throughout the 1950’s, the story of Harold Simmons really picks up in 1960. He had an interest in running and owning a pharmacy, so he worked hard to make that a reality. That year he would spend $5,000 of his savings and take out a $95,000 dollar loan from the bank to purchase University Pharmacy. That bank definitely took a gamble on him, however it would pay off immensely. Simmons worked really hard at running the pharmacy, however his eyes were set on even bigger things. Just 12 years later, Harold managed to open up 100 University Pharmacy stores and then sold the company for $50 million dollars. This sale was a defining moment for Harold, and it would begin his career as an investor.

He would then go on to purchase a variety of banks across Texas, using one bank to finance the purchase of the other. This would give him the nickname “Dallas’ Most Evil Genius”, and he kept doing this. Once he got bored with banking, he looked to even larger things. Next he would attempt to take over Lockheed Martin, and he eventually acquired a 20% stake in the company. From there, the list of companies that Simmons controlled or owned is pretty absurd: Muse Air, Valhi Inc., Amalgamated Sugar, Contran Corporation, and much more. These companies would eventually contribute to his massive net worth, and he would eventually become a multi-billionaire.

However it wasn’t all sunshine and daisies. Some of the methods Simmons used to make money and acquire companies were often dubious at best. He was known to find obscure tax-loopholes, attempted to liquidate pensions to pay stockholders and himself, was indicted a few times for various forms of fraud, and a variety of other questionable methods. Still the man did manage to accomplish a great deal in his lifetime, and was truly a successful man. Howard Simmons went from living in a shack in rural Texas, to a prominent investor and businessman that was worth $10 billion dollars, and that is a story you don’t hear everyday.