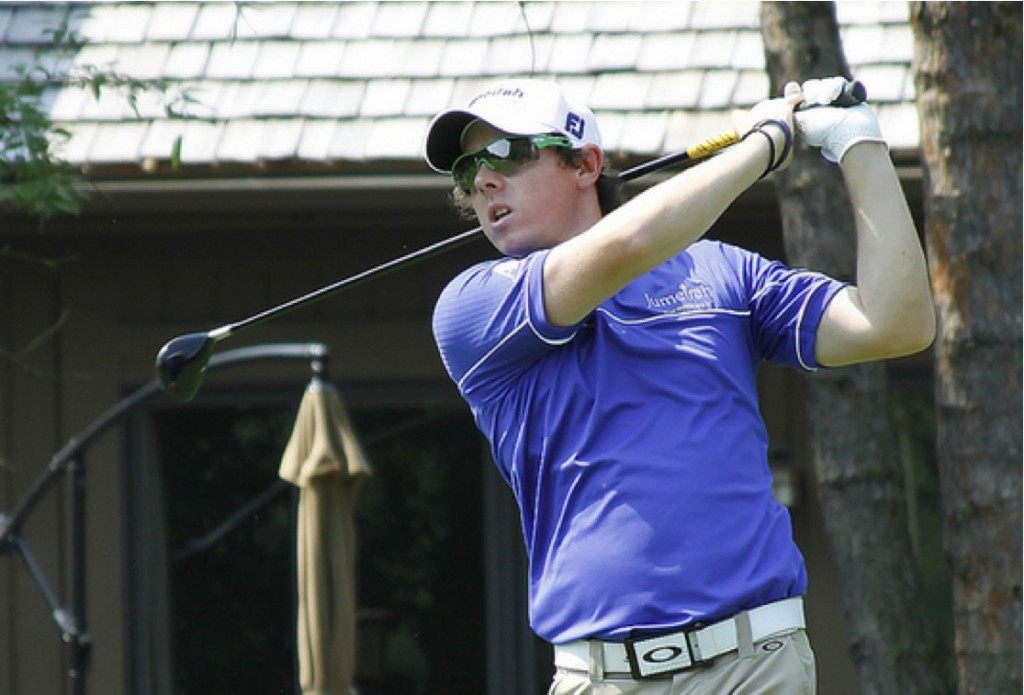 For any of you whom have played golf, you probably know just how expensive the sport actually is. In addition to buying clubs that cost thousands, in some cases, to play a truly good course will set you back a couple hundred bucks. But for those who have mastered the art of swinging a golf club and keeping their ball straight, they don’t usually have to pay for a thing. That’s because, believe it or not, an activity that 99 percent of people do for relaxation, a few lucky group actually get paid to do as a job. We all know about Tiger Woods and the amount of money he has made over the course of his career, but would you ever guess that it’s over $1 billion? Probably not. And while the richest golfers of 2014 may not ever make that much money in their lifetime, they’re still doing very well for themselves—as I’m about to show you. Remember, this is just from their 2014 tournament earnings, not even taking into account any sponsorships. 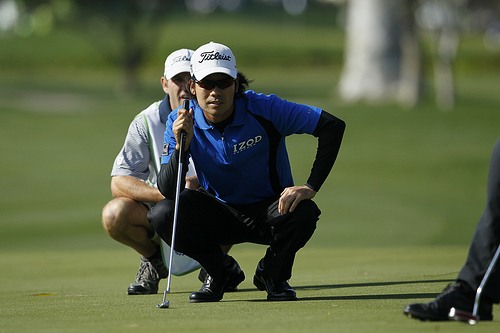 Not having one of his best seasons on tour, it’s a little surprising to see Kevin Na earn $3.3 million this year. Yet, that’s what happens when playing in a lot of tournaments, even though he didn’t earn a victory in any of them. Na had two, top-55 finishes in two of the majors this year, though, helping him reach such a high amount of money. 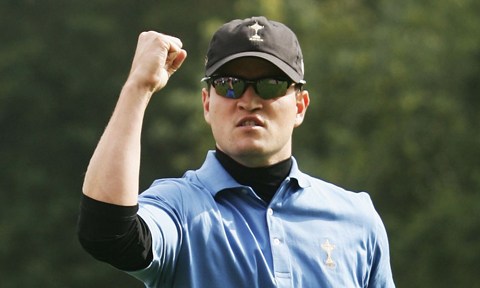 It might seem like ages ago that Zach Johnson won the Masters—it was in 2007—but the guy is still swinging on the PGA Tour. Johnson may have missed the cut in one major this season, but he finished in the top-70 in the three others, along with earning himself a victory at the Hyundai Tournament of Champions. Thanks to a few good showings, he was able to cash checks worth a total of $3.3 million. 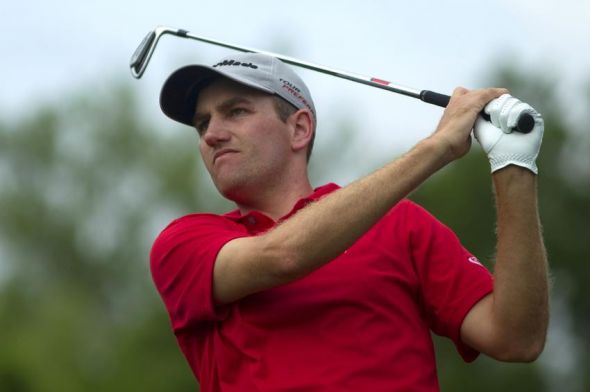 In his first season on the PGA Tour, I would say that Brendon Todd has had a solid 2014. With a top-40 finish in two of the season’s major tournaments, Todd also added his first career PGA win to his resume, winning the Byron Nelson Championship in May. With other solid performances, he was able to earn $3.3 million—not a bad deal for a first-timer. 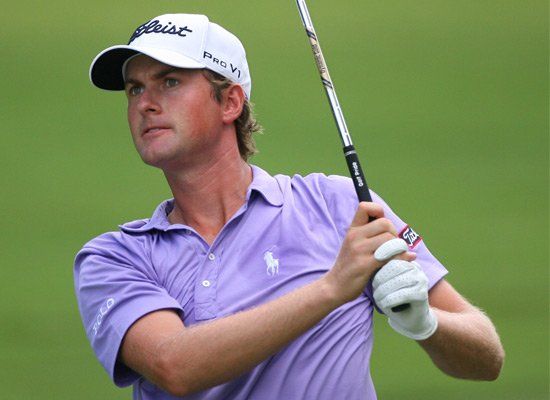 Making a name for himself when he, surprisingly, won the 2012 U.S. Open, Webb Simpson has only won one tournament once since, but he’s still a pretty solid player. Although he didn’t perform well in this year’s major tournaments—missing the cut in three of four—Simpson was still able to earn $3.5 million thanks to hustling his way in a number of different tournaments. 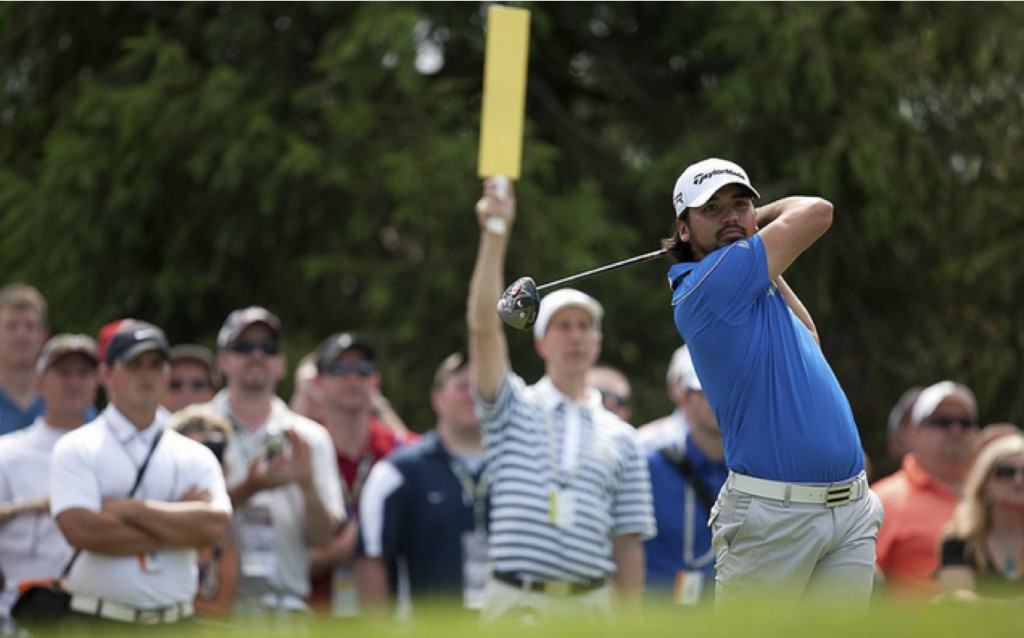 Ranked No. 8 in the world, currently, Australian golfer Jason Day has come close on a number of occasions to winning his first major—with three runner-up finishes. After a four-year drought without winning on the PGA Tour, Day won this year’s WGC-Accenture Match Play Championship, and had three, top-20 finishes in majors, helping him earn $3.7 million this year. 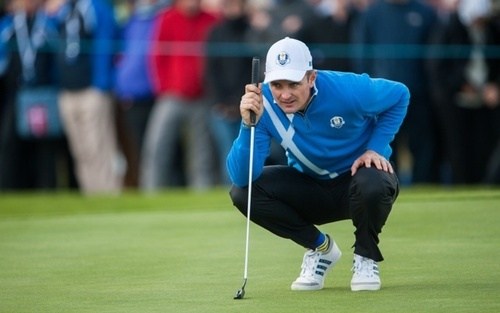 The No. 7-ranked player in the world, Justin Rose has been a popular name amongst golf fans for years now, and enjoyed a decent 2014. Following a win in last year’s U.S. Open, Rose won the Quicken Loans National Tournament in June, and had a top-25 finish in each of the major championships, proving that he’ll always be in the hunt when he’s out on the golf course. 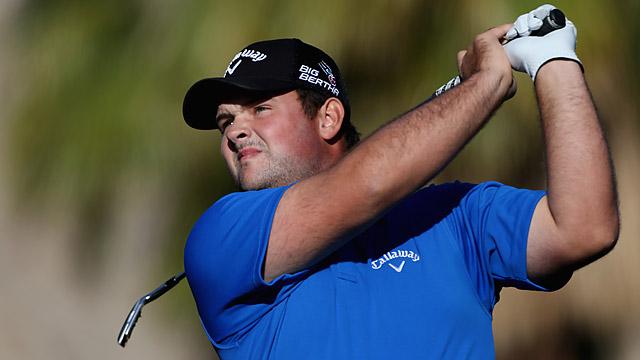 Patrick Reed made a name for himself last year, but it was 2014 where he proved that he was more than just an Internet sensation, winning twice during he season and cashing $4 million worth of checks. Playing in all four major events for the first time in his career, the 24-year-old might not have faired too well, but he’s still a player to keep an eye on in the years moving forward. 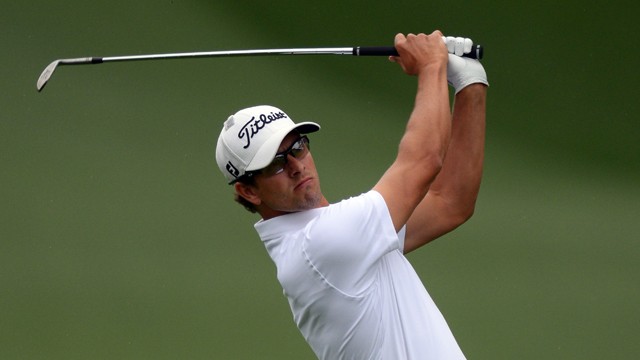 The current, No. 2-ranked player in the world, Australian Adam Scott has shown to have a game that looks as good as the ladies think he does. After winning last year’s Masters Tournament, Scott only won once this year, but he was still able to pull in $4 million in earnings, while also placing in the top-15 in each major event in 2014. 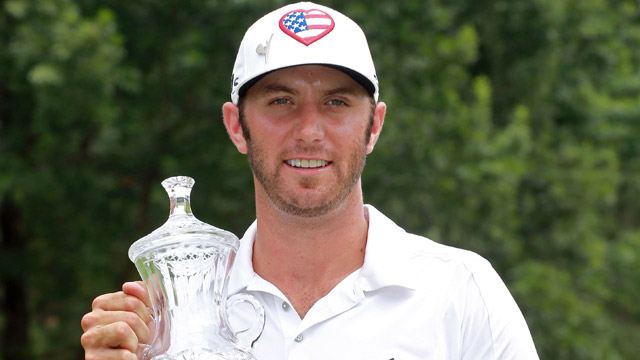 Many casual sports fans are familiar with Dustin Johnson for two things—being the fiance of Wayne Gretzky’s daughter, Paulina, and being able to hit the snot off of a golf ball. He also happens to be a pretty well-rounded golfer, too. With a top-four finish in the U.S. Open this year and a top-12 in The British Open, Johnson didn’t win a tourney this year, but he did take home $4.2 million in earnings. 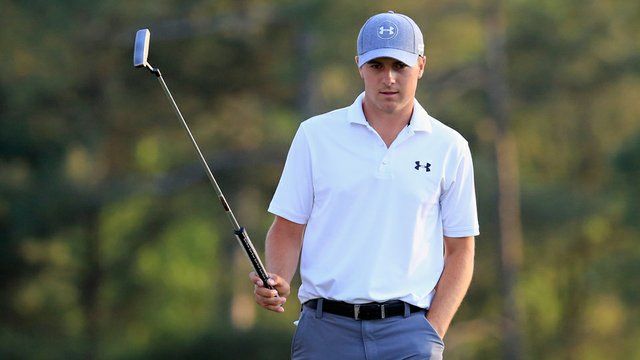 He may still be just 21 years old, but Jordan Spieth has shown to have some serious golf skills. No other place did he do that than this year’s Masters, where he went toe-to-toe with Bubba Watson into the final round, before finishing as runner-up. Still, he performed well elsewhere, and, though he didn’t win in 2014, was still able to cash-out with $4.3 million. 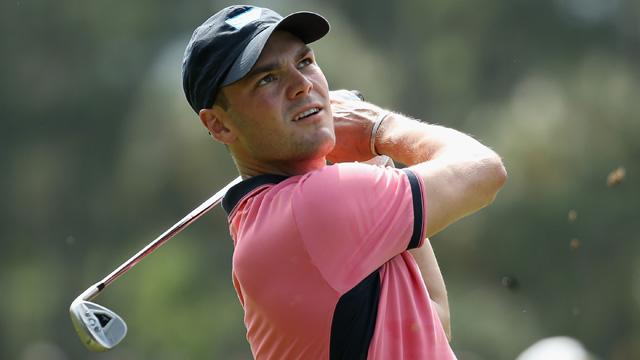 A former No. 1-ranked player in the world, German golfer Martin Kaymer finally broke through in 2014 to capture his second major title, winning the U.S. Open back in June and adding a victory at The Players Championship to his resume this season. Those two wins, along with other great events, helped him bank $4.5 million. 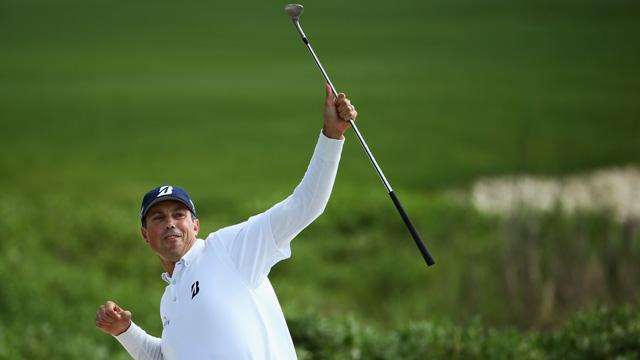 Matt Kuchar has always seemed to be in the hunt on the biggest stages, often finding himself in contention for a major on the final day of the event—yet, still looking for his first win in a major. Still, as solid as they come, the No. 10-ranked player in the world won once this season, while also putting together solid performances otherwise, leading him to $4.6 million in earnings. 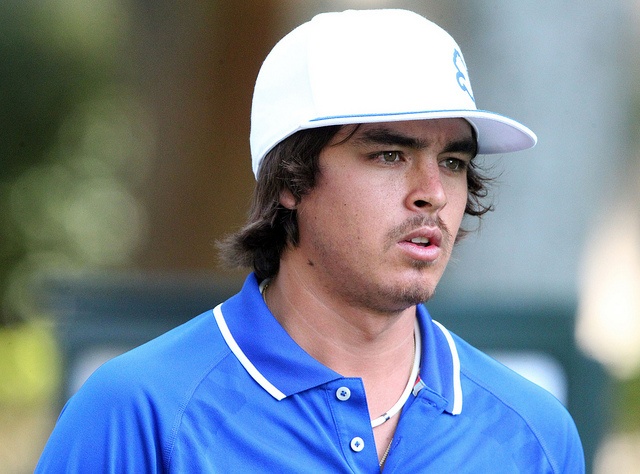 One of my personal favorite golfers on tour, Rickie Fowler might be known for his outlandish attire and calm attitude, but he has some serious golf game, too. And he proved that in 2014, enjoying, arguably, his best season ever. In contention in most of the major tournaments this year and winning a few other, Fowler was able to earn a cool $4.8 million. Not bad for a 25-year-old. 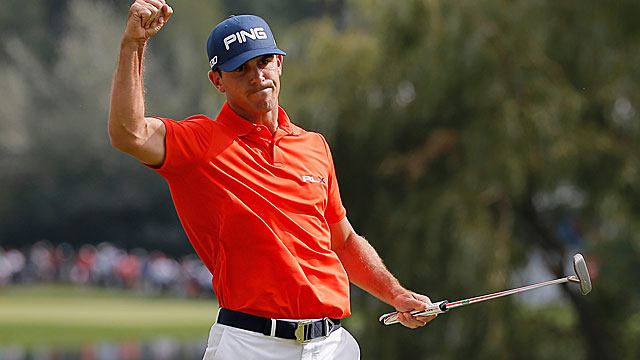 After finishing third overall in last year’s U.S. Open, Billy Horschel was able to qualify in all four major tournaments for the first time in his young career, doing quite decent, actually. He also won twice in 2014, hoisting trophies after the BMW Championship and The Tour Championship, which helped him earn $4.8 million this year. He’s one to watch as the year’s go on, because he’s got a bright future. 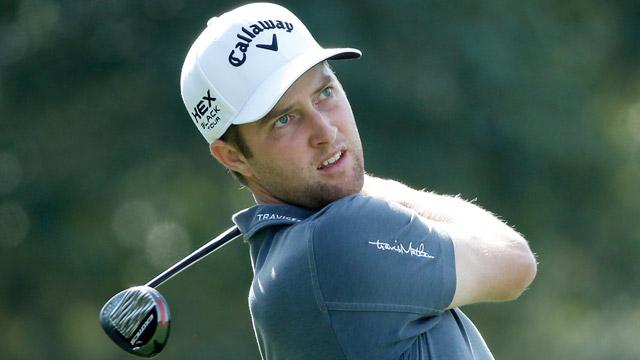 Still somewhat of a newbie on the PGA Tour, 29-year-old Chris Kirk’s name might not be too familiar to many casual fans. Playing in two of the four major tournaments for the first time this season, he placed well in three of them—three, top-30 finishes—yet got cut in the PGA Championship. Still, after performing well in other events and winning the Deutsche Bank Championship in September, Kirk earned $4.8 million this year. 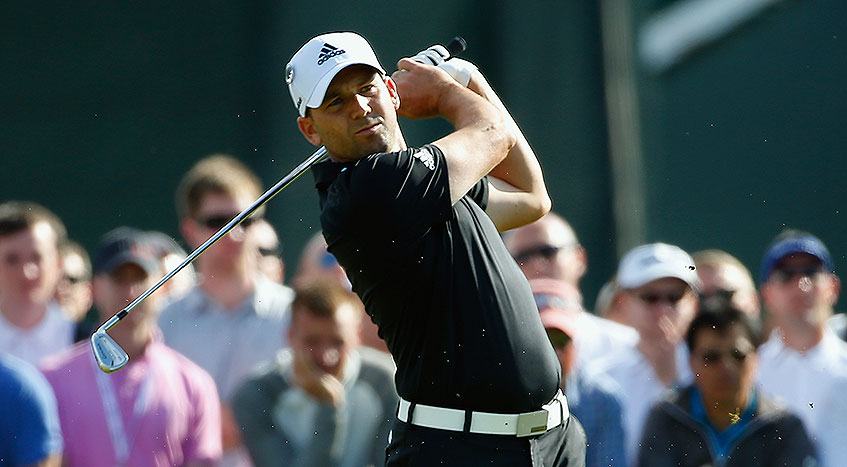 One of the most frustrating golfers ever thanks to so much hype that he received early on in his career, it might be hard to believe that Sergio Garcia is already 34 years old. Still void of his first major title, Sergio has still won over 20 international tournaments in his career, picking up a few in 2014 which, no doubt, helped him earn $4.9 million from the events he played. 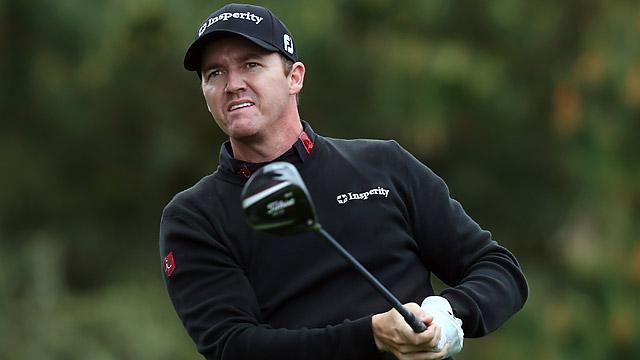 Many people might not be familiar with golfer Jimmy Walker, but he has proven to be a force to be reckoned with in 2014. After playing 187 career events on the PGA Tour, Walker won three of the first eight tournaments that he participated in this year, showing that, even at 35 years old, a guy can resurrect himself. With his best season ever, Walker was able to cash out, earning $5.7 million. 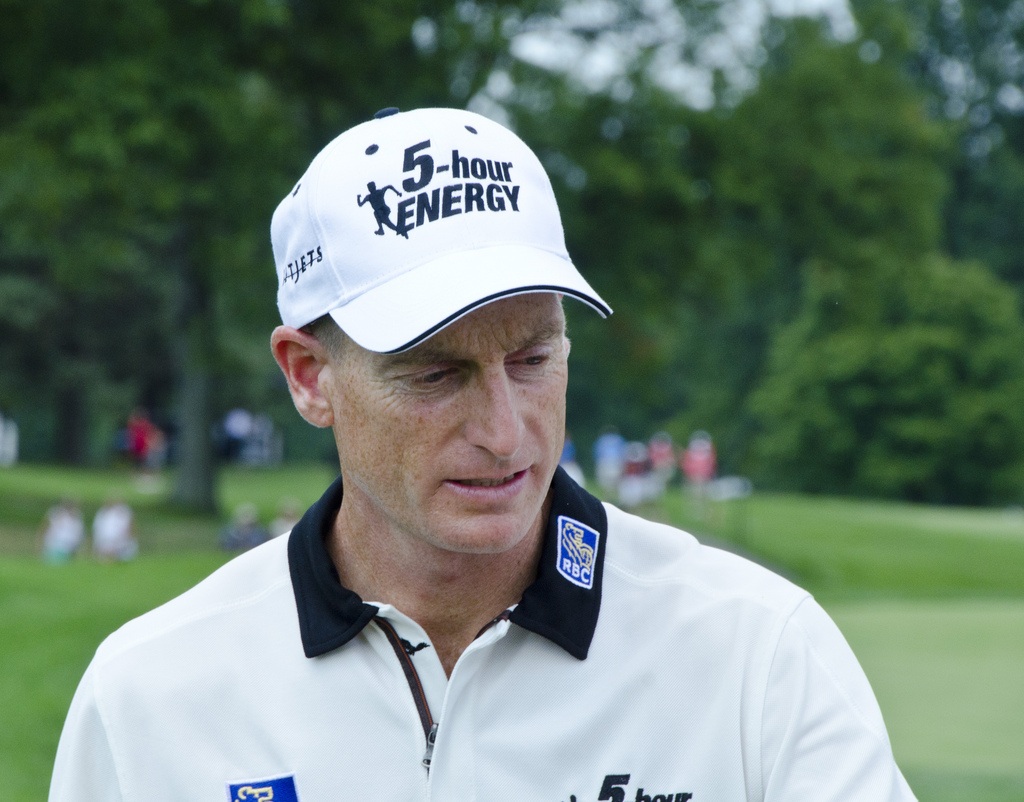 The guy with the unorthodox fundamentals—have you seen his swing?—one-time major championship winner Jim Furyk might not be the one whom you should model your golf game after, but he’s a guy most people like to cheer for. And thanks to his success on the golf course, Furyk earned nearly $6 million on the tour, bringing in $5.9 million in 2014. 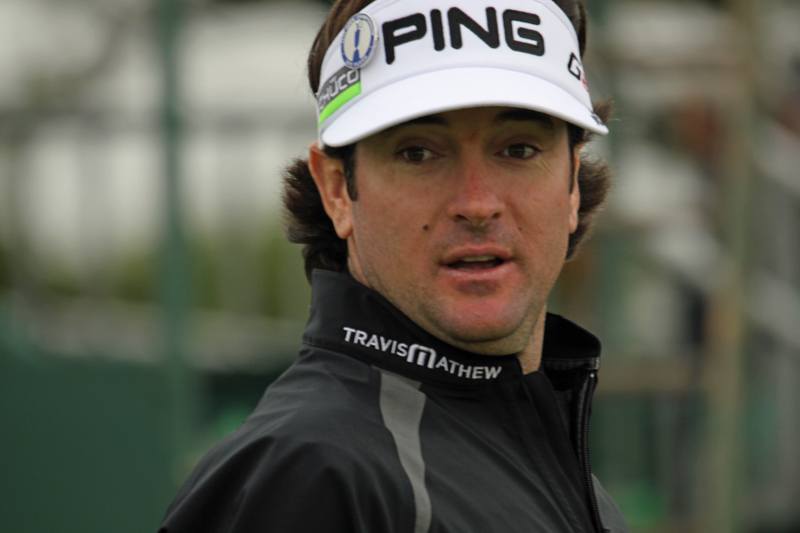 One of the fan favorites anytime he takes the tee, Bubba Watson has supplanted another lefty swinger, Phil Mickelson, as the underdog to root for. Which great charisma and emotion both during and after tournaments, Watson is easy to root for. He’s also pretty darn good, earning $6.3 million in 2014. 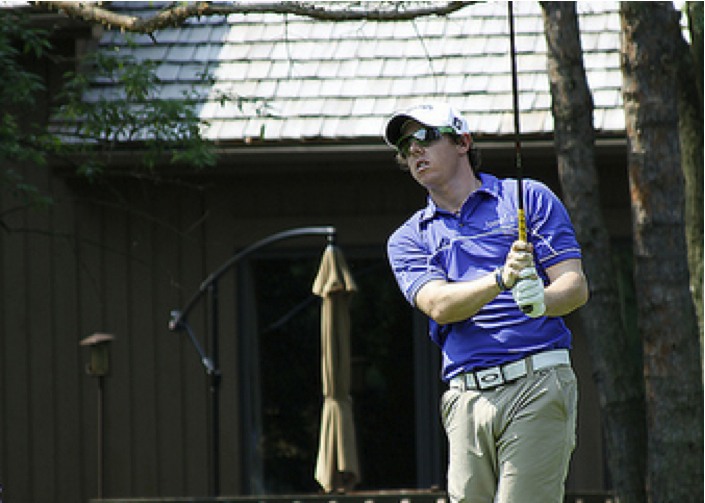 It’s probably not too surprising to see the Northern Irishman, Rory McIlroy, claiming the top spot. While Rory isn’t quite on the Tiger Woods schedule of only playing in the biggest tournaments each year, he has made his mark on the majors this past year, winning both the British Open and PGA Championship, while also winning a few other tourneys in there for good measure. He’s the No. 1-ranked player in the world, too, so it’s natural that he’s in the top spot.