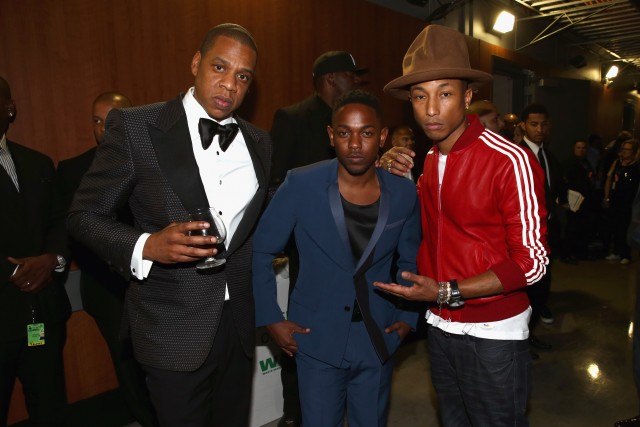 As rap and hip-hop continues to be some of the most popular genres of music in the world, the artists within this genre have the potential to make millions of dollars. While the music industry has changed a lot over the recent years, there are still plenty of artists that are living the dream, especially rappers. We’ve all seen how Jay-Z or Dr. Dre like to live, so which rappers are making the highest amounts of money in 2015? Here are the twenty highest earning rappers for this year, and you won’t believe just how much they are raking in. 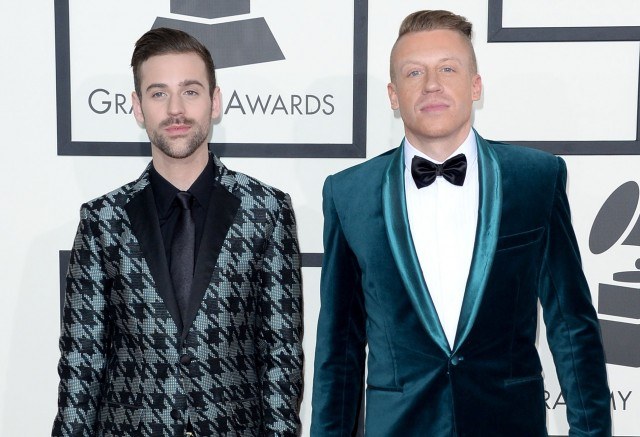 Despite having released their Grammy Award winning album The Heist back in 2012, the rap duo comprised of Macklemore & Ryan Lewis still manage to make the list this year, brining in around $5.5 million dollars. While there’s still no definitive news on their follow-up album, the group still make a considerable amount of money through album sales, merchandise, and touring. 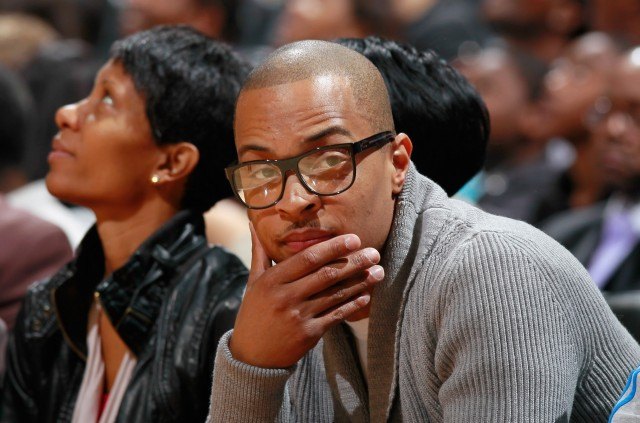 Rapper Clifford Harris, known throughout the world as T.I., also had a pretty good year, financially speaking. He made some $6 million dollars through a range of different revenue streams. His most recent album titled Paperwork managed to move over 80,000 copies in the first week alone. He has also furthered his career in acting, making appearances in Ant-Man, Entourage, and Get Hard. 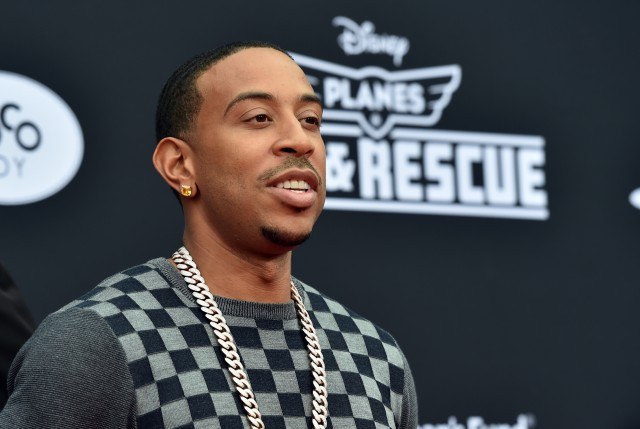 Like many other popular rappers, Ludacris is heavily involved with projects outside of the music industry. His appearance in the Furious 7 film earned him a few million dollars alone and is most recent album, Ludaversal, was received with commercial success. It sold 62,000 copies in the first week of its release and it managed to top out at number 3 on the charts. 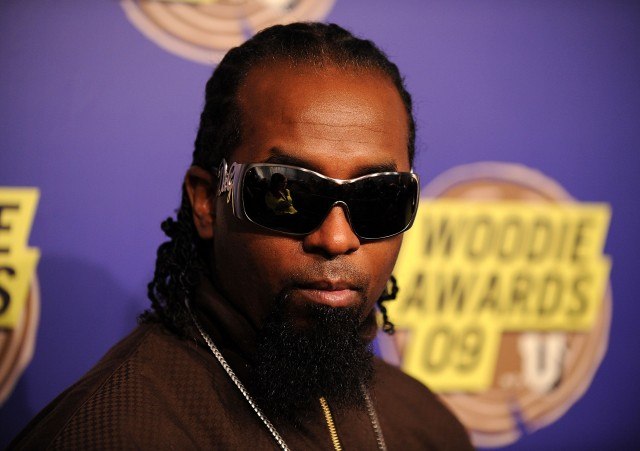 Rapper Aaron Yates who’s best known as Tech N9ne also had a great year. He released a new album titled Special Effects that took the number 4 spot on the Billboard 200 charts as it sold more than 60,000 copies in the first week alone. However most of his earnings for this year came from touring. Not only did he manage to put on some 132 shows this year, since he owns his own touring and production company, he gets to keep a larger portion of the ticket sales for himself. 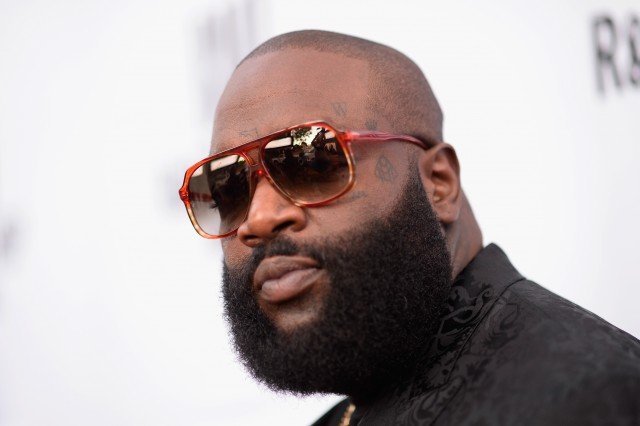 Rapper Rick Ross also makes an appearance on the list, taking the number 16 spot as he brought in some $9 million dollars. He released his most recent album Hood Billionaire in late 2014, and the sales of that record carried over into this year. However interestingly enough, he made most of his money through his various Wingstop restaurant franchises and other business ventures. 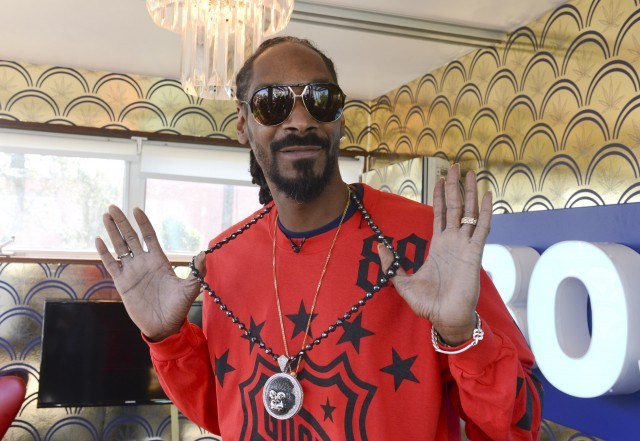 As one of the most iconic rappers of all-time, it’s no surprise that Snoop Dogg makes an appearance on the list this year. His most recent album, Bush, dropped back in May and it sold 27,000 copies in the first week in addition to topping out at the number 14 spot of the Billboard 200 charts. But again, like other artists on our list, Snoop made most of his money through outside business ventures and the range of Snoop-branded merchandise that exists out there. 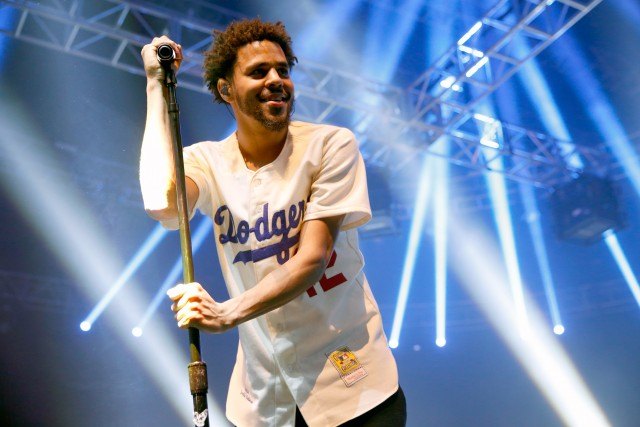 The 30-year-old rapper and recording artist from Fayetteville, North Carolina comes in at number 14 on our list, having earned $11 million dollars this year. J. Cole’s most recent album, 2014 Forest Hills Drive, came out last year and it debuted at the number 1 spot as it sold 354,000 copies in the first week alone. He’s still enjoying sales from that record in addition to playing a variety of shows this year. 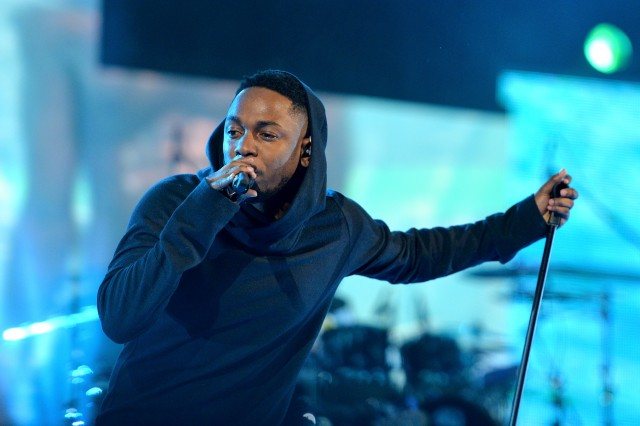 Despite being one of the most critically-acclaimed and arguably one of the best rappers in the game today, Kendrick Lamar “only” manages to come in at the number 13 spot on the list. Still, I’m sure he’s not that upset as he brought in some $12 million dollars. His most recent release, To Pimp a Butterfly, debuted at the number 1 spot on the charts, and it moved some 324,000 copies in the first week alone in addition to being streamed 9.6 million times on Spotify…on the first day. 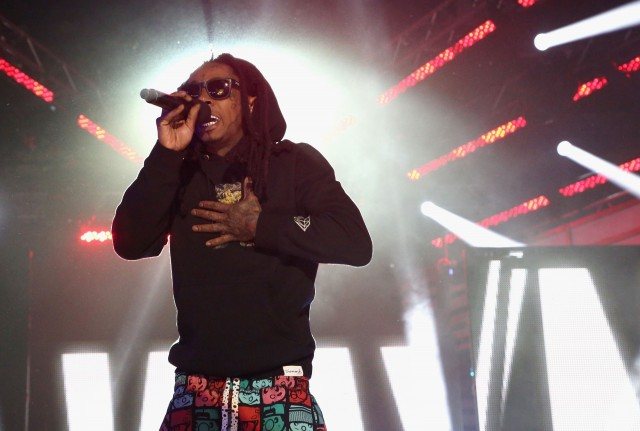 There’s been a fair amount of controversy and legal issues surrounding Lil Wayne this year, from the rapper filing a lawsuit against Birdman to his tour bus getting shot at by a gunman. However that has not stopped Lil Wayne from earning around $15 million dollars, most of which came from extensive touring. 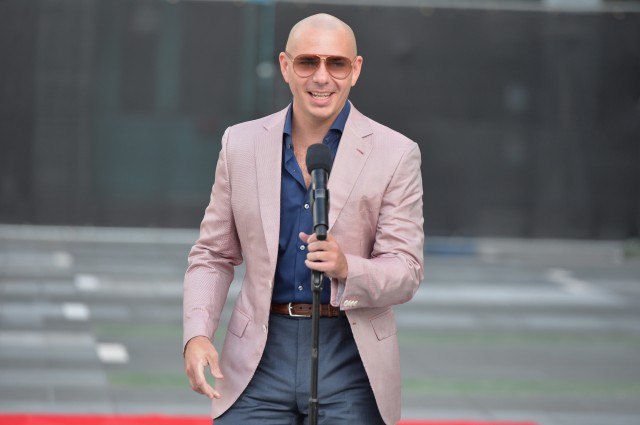 Rapper Pitbull has also had a successful year in 2015. His most recent release titled Dale was recorded entirely in Spanish and debuted at the number 1 spot on the Billboard Latin Albums chart. Additionally like many other musicians, he makes a large portion of his money from touring. He played over 60 shows across the entire world in 2015, which helped him bring in $17 million dollars. 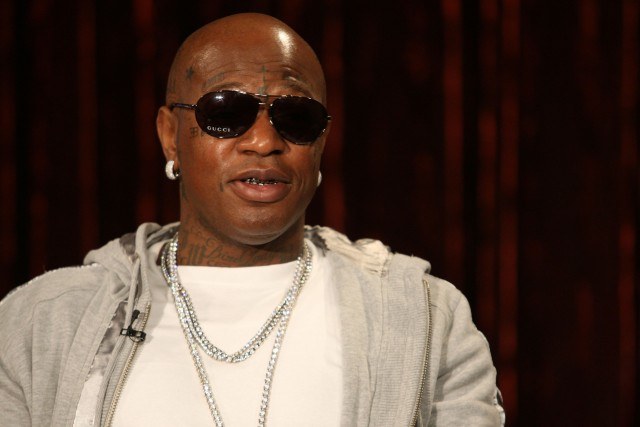 Bryan Williams a.k.a. Birdman comes in at number 10 on the list, having made some $18 million dollars in 2015. While his last album was released in 2009, he is the co-founder of his label Cash Money Records, which brings in millions of dollars in revenue each year. 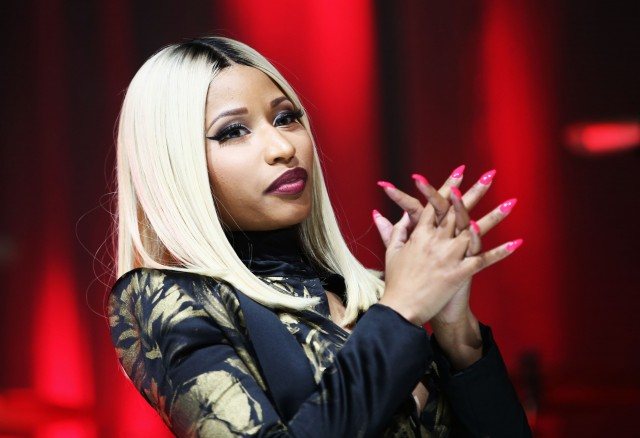 Nicki Minaj takes the number 9 spot on the list as she made $21 million dollars, which also makes her the highest-earning female rapper in the world. While her most recent album was release last year, Nicki makes a considerable amount of money through touring, product endorsements, her fragrance line, and various other Nicki Minaj-branded items. 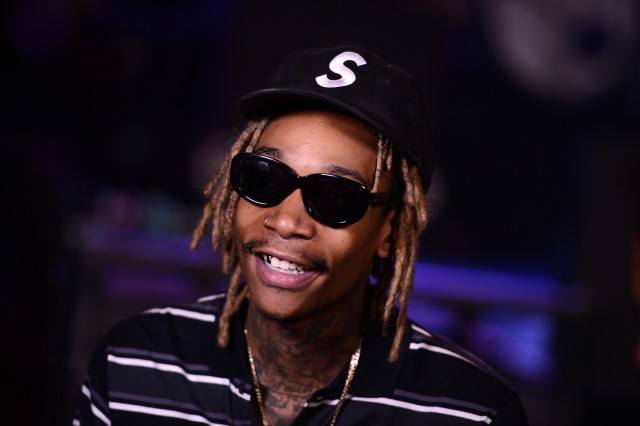 The Pittsburgh-born rapper, Wiz Khalifa, brought in around $21.5 million dollars this year. While the rapper has not released an album this year, he made most of his money through touring, merchandise, and the fact that he contributed to the hit single “See You Again” which was featured in the Furious 7 film. 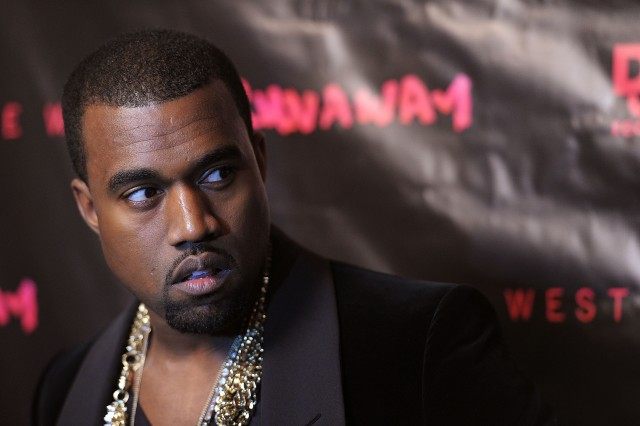 To no ones surprise, Kanye West also makes an appearance on the list of the highest earning rappers for 2015. While we are still awaiting his next album to drop sometime this year, Kanye makes a lot of money through his various business ventures, product endorsements, and his appearances. His Yeezy shoe line, which are made in collaboration with Adidas, are some of the most desirable sneakers on the market today with pairs selling for upwards of $1,000 dollars on the re-sell market. 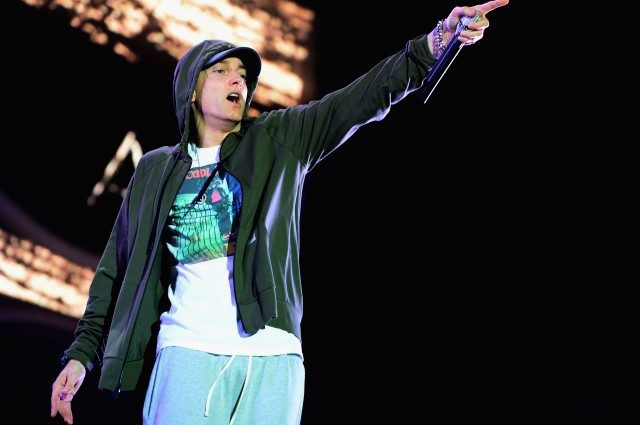 As one of the most influential rappers of all-time, obviously Eminem makes the list this year. While his last album came out in 2013, Eminem made most of his money this year through touring. He joined up with Rihanna for a massive tour this year, and it’s believed that he made some $5 million dollars every show. Their back-to-back shows at the MetLife Stadium this year also brought in some $12.4 million dollars alone. 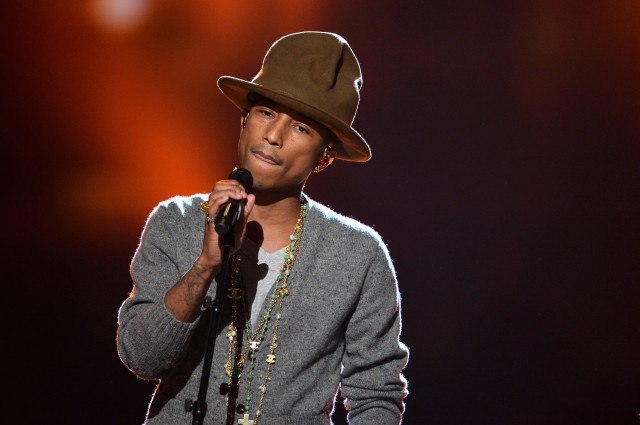 Between his record sales, his extensive touring schedule, his work as a producer, his fashion lines, and his work as a judge on the hit TV show, The Voice, Pharrell makes quite a good amount of money. This year he pulled in some $32 million dollars and shows no sign of stopping soon. 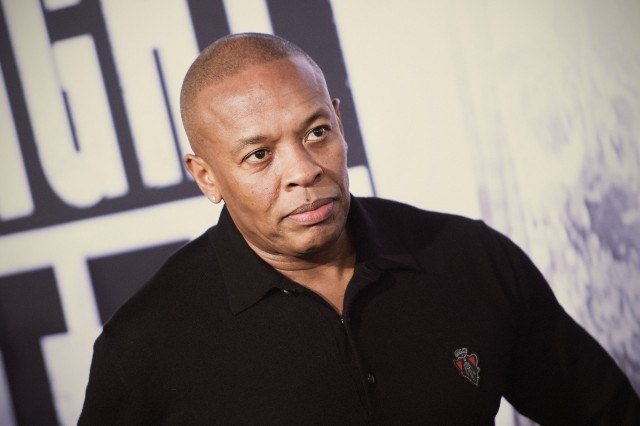 Dr. Dre takes the number 4 spot on the list, having made around $33 million, and that may surprise many since he made some $620 million dollars last year. However now that sale of his headphone company is all said and done, he’s making a bit less. But he still earned a lot of money through his licensing deals, his most recent album, and from the movie Straight Outta Compton. Dr. Dre isn’t hurting that much, as he’s still worth around $550 million dollars. 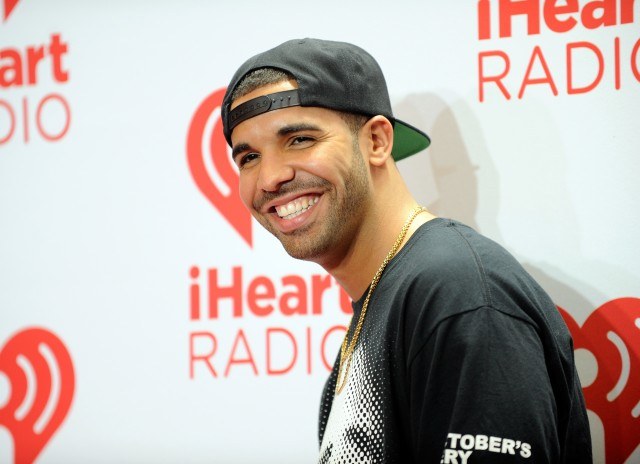 The Canadian-born rapper Drake comes in at number 3, as he earned around $39.5 million dollars. Since he’s one of the hottest acts in the industry, this isn’t that shocking. Between the release of his album If You’re Reading This It’s To Late which moved 495,000 copies in three days, the 50 or so shows he’s played, and his new endorsements with Nike and Sprite, Drake had a pretty good financial year to say the least. 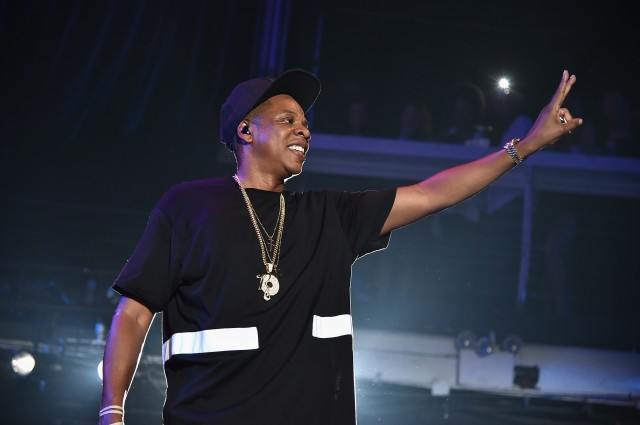 Jay-Z comes in high on the list yet again as he continues to be one of the highest earning rappers in the industry. This is largely due to his various business ventures. Between his massive tour with Beyoncé, his entertainment company Roc Nation, his clothing company, his music streaming service TIDAL, his champagne brand, and all of his other revenue streams, Jay-Z cleans up pretty well at the end of the day. 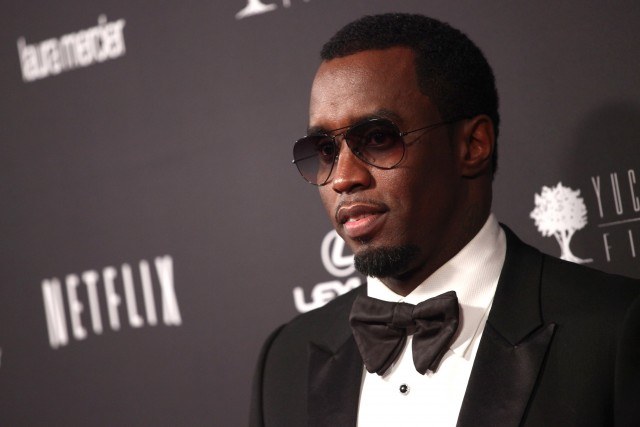 While it’s been a considerable amount of time since we’ve seen Sean “Diddy” Combs release an album, the rapper makes a lot of money outside the music industry. So much so that he managed to come in at number 1, having earned $60 million dollars this year. He earns his money through his water brand, his TV network Revolt, Ciroc vodka, his clothing line Sean John, and his various other businesses and ventures.