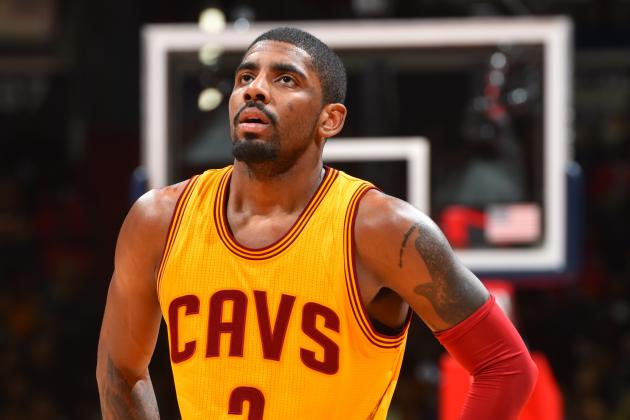 The Cleveland Cavaliers are best-known for LeBron James and their wins under his belt. However, their future title chances and overall long-term future could be in the hands of another exceptional player: Kyrie Irving. During his short career, this 23-year-old point guard is a three-time NBA All-Star and would have recently made his fourth trip if not for being injured much of last season. His return from injury help catapult the Cavaliers into the playoffs and now finals.

Irving is lightning-fast and has handles that can embarrass even the best of defenders. In 2014 Nike gave him a signature sneaker and made him a major part of post-Kobe plans. The design of Kyrie 1 incorporates his past, present and future in the NBA which he wore on his feet throughout one of the most successful NBA seasons as an individual and team. Irving average 21.7 points per game with a 42-percent accuracy from behind the arch. In honor of the budding young star, look at the 20 things you didn’t know about Kyrie Irving. 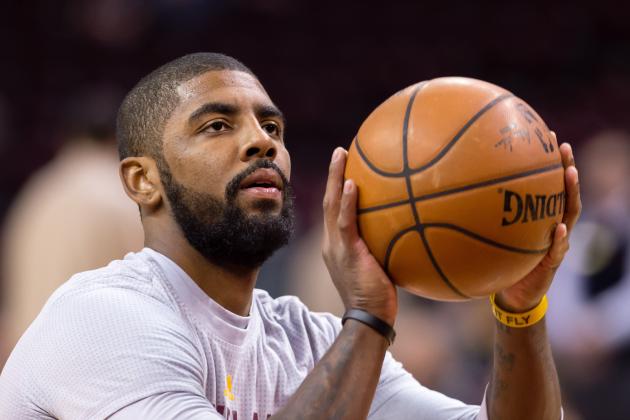 Almost Decided to Play for Australia in the Olympics

Although the United States does not have a shortage of talent with regards to the Olympic team, Australia has a smaller pool from which to choose. The country’s team almost landed a major star to pay alongside Matthew Dellavedova, Andrew Bogut and Patty Mills during the 2012 Olympics. Kyrie, who was born in Australia during his father’s professional career in the country, was seriously considering suiting up at the London games. In the end, Irving decided to remain with the U.S. team after his college coach, Mike Krzyzewski, assured him that he would be part of the team for the 2016 Olympics in Rio De Janiero. 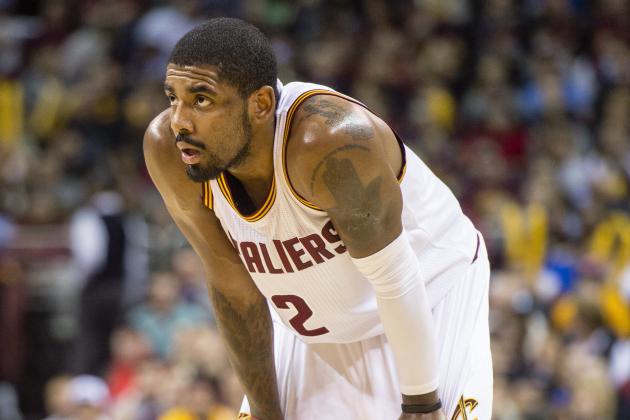 Aspired to be a Journalist

In another universe, Irving wanted to be a journalist. If he was not playing professional basketball, Irving would have been a journalist. In fact, he still sees this as a potential career in the future, once basketball is over. His father has aspirations of him being a sports analyst, journalist or coach working directly with up-and-coming stars 20 years in the future. 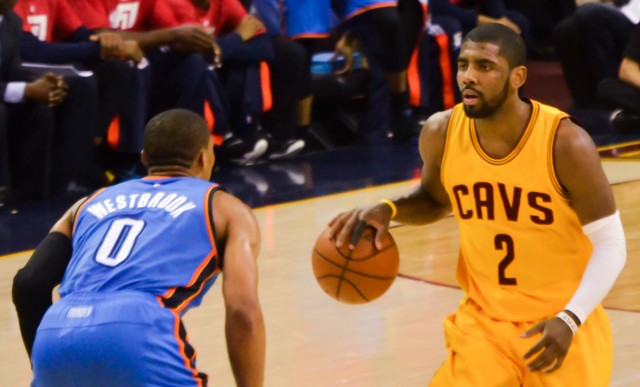 Most professional athletes are excellent in any sport in which they try. In addition to playing professional basketball, Irving played shortstop with the older teams and really held his own at seven and eight years old. As a teen, Irving loved to skateboard and became quite good at it. However, with the risk of injury during skateboarding, Irving no longer partakes in the activity. 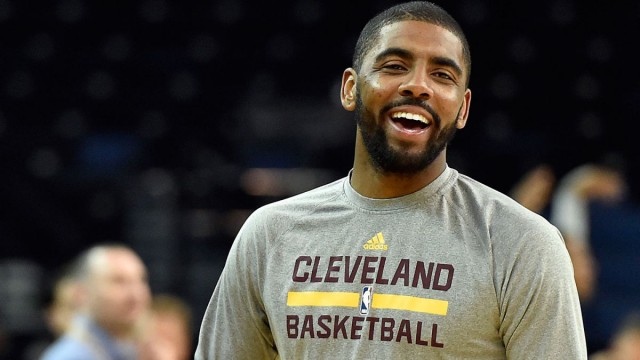 In addition to his athletic and academic talents, Kyrie also has a musical talent. Most athletes excel at more than one discipline. Irving plays the baritone saxophone and enjoys dancing and singing. If this whole professional basketball career thing does not work out for him, maybe he will be on the stages of Broadway or be doing concerts at the New York Philharmonic Orchestra. 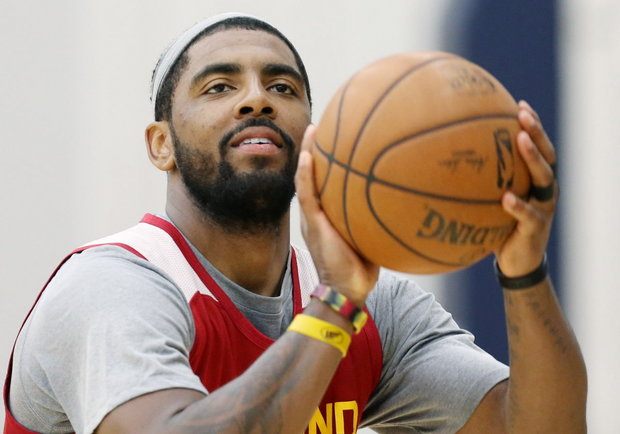 Irving showcased incredible basketball control as a toddler and was able to dribble at 13-month old. At age 4 he was able to regularly make a basket in a regulation-height hoop. By age 6, he had the ability to seamlessly sink a left-handed lay-up. This just shows the raw basketball talent he had at a young age ad was destined to play in the pros. His father’s basketball background, tips from godfather Rod Strickland and proper coaching through the various levels of his career, including from Duke great Mike Krzyzewski, allowed him to polish that raw talent and make him the superstar you see today. 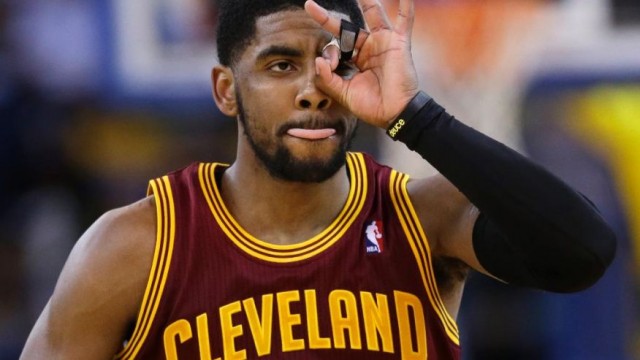 As mentioned above, you probably were not expecting that Irving was born in Melbourne, Australia and lived there until he was two years old. Although he is a United States citizen, you cannot blame him for wanting to return to the Land Down Under as it has some of the most beautiful sites on Earth, such as the Great Barrier Reef. His father instilled curiosity and the desire to travel in him and his siblings at a young age. This has certainly prompted his desire to return to his homeland. 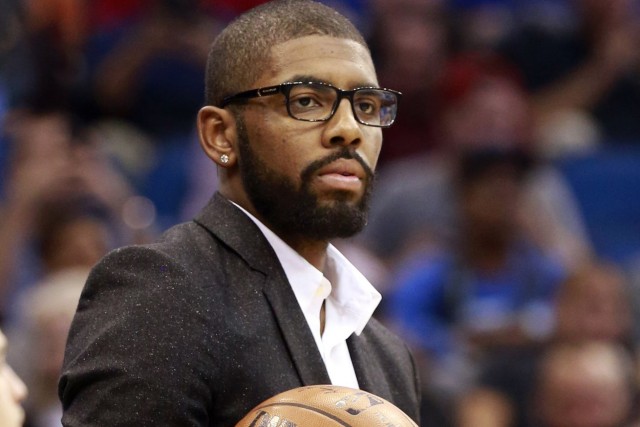 Chris Paul is his Favorite Athlete

As a compliment to Kyrie, his favorite athlete is Chris Paul. It makes perfect sense that Irving would look up to another high tempo point guard similar to himself. If Irving can build a career that is similar to Chris Paul, he will be extremely successful in the league and may even make the NBA Hall of Fame. Kyrie has studied Paula and they face each other in games. 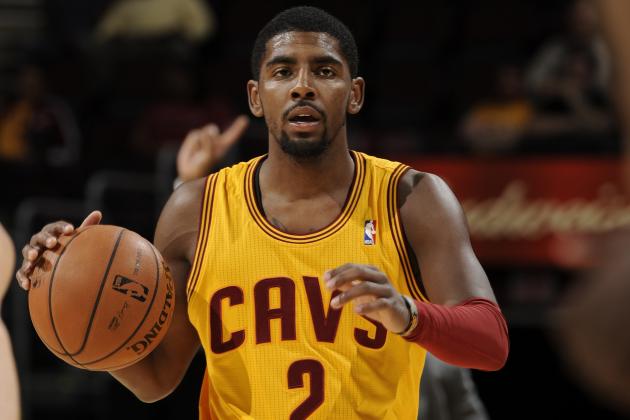 Unless you are an avid fan of Irving, most do not know that he was a television star. He actually appeared on a Disney XD show called “Kickin’ It.” By appearing on their favorite television show, this allowed in him win over the younger fans. Even if you are a superstar, any type of positive publicity that can reach the kids is good for your career and popularity. However, Irving did not do it for this reason. Instead, he wanted to inspire and motive younger generations to set and achieve their goals, just like him. 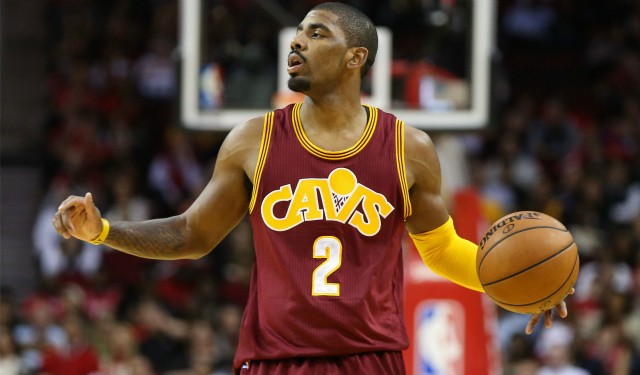 Kyrie is not an only child within his family. He has a younger sister named London and an older sister named Asia. With those names, it looks as if his parents are very into the aspect of traveling. Kyrie is extremely close with his family and has placed special importance on his family. They have supported and pushed him throughout the years to make him the star he is today. 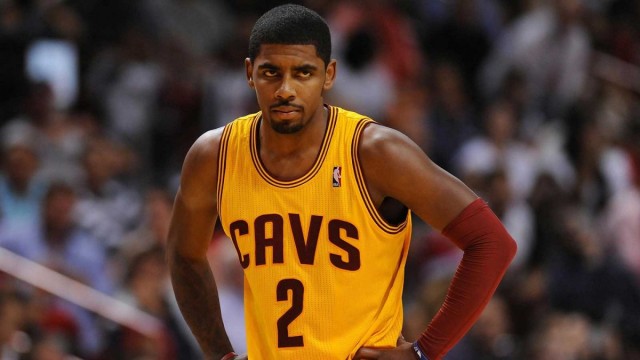 As the saying goes, “like father like son.” Kyrie’s father, Drederick, was a college basketball player for Boston University and went on to play professionally in Australia. Having a father figure who was proficient in the game definitely help Kyrie hone in on his skills and the various aspects of the game as he has been surrounded by it his entire life. 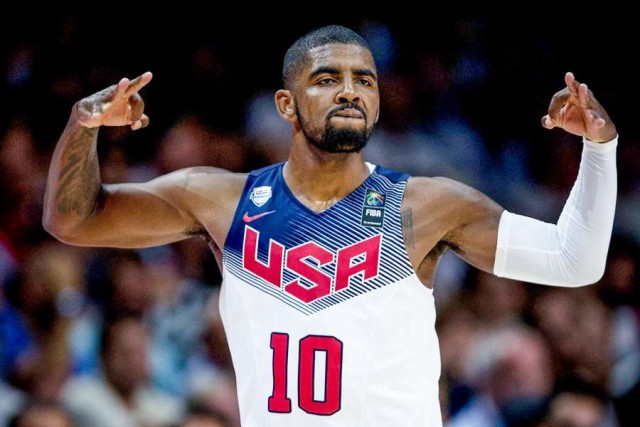 First Player in Six Years to Have a Nike Signature Shoe

Irving was a major fan of the Nike Air Zoom Huarache 2K4 shoe and always imagined having his own signature line. He also had aspirations of playing professional basketball on Christmas Day. Luckily, both of those dreams have become a reality. Irving is the 20th basketball athlete to garner a Nike signature shoe which he wore when Cleveland played Miami on December 25th. Hard work and persistence in the face of challenge made him reach those goals. 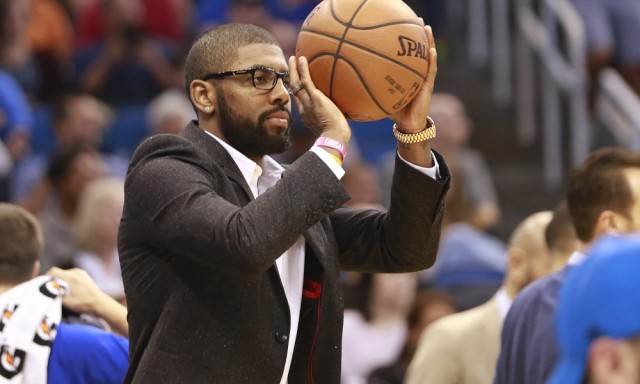 Goal-Setting is the Key to Success

One of the greatest keys to Irving’s success lies in discipline and goal-setting. His father, Drederick Irving mentioned in an interview that they have always set goals for themselves and Kyrie had to learn the best way to manage those goals from a young age. Basketball practice occurred immediately after school followed by completing required homework and then chores the rest of the evening. C grade were not accepted in their household and good grades were always a source of pride for Kyrie. To this day, he continues to live by goals by writing them on the wall in his home. 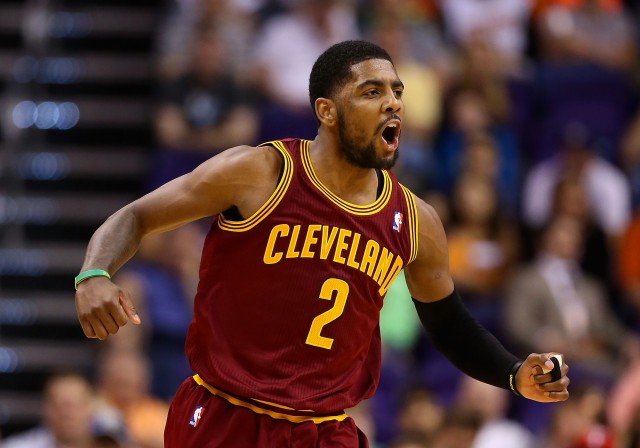 Irving’s godfather is former NBA point guard Rod Strickland. During Strickland’s career of 1,094 games, he had over 8,000 assists and score more than 14,000 points. Therefore, what better mentor for Irving than Strickland who has lived exactly what Kyrie is attempting to be. Strickland has been a major part of Irving’s life and has aided him in honing Kyrie’s basketball skills. 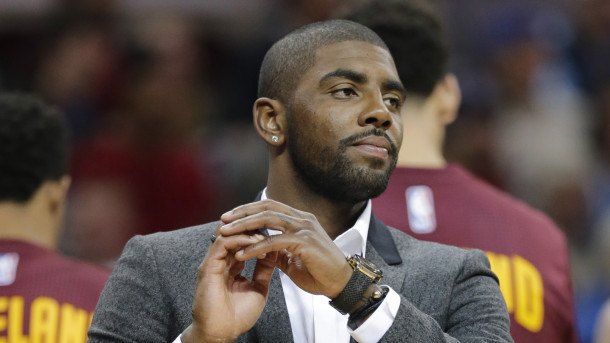 He was an All-star in High School

Not surprisingly, Irving flourished in high school. Although he always stood out as an athlete throughout school, it wasn’t until high school when he really began to shine. For his junior and senior years, he transferred high schools in New Jersey and was surrounded by numerous other extremely talented players. He studied film, put in countless hours of work, embraced and perfected his skills and, during the ultimate test, finally beat his father 1-on-1 which proved he was ready to take the next step toward college basketball. 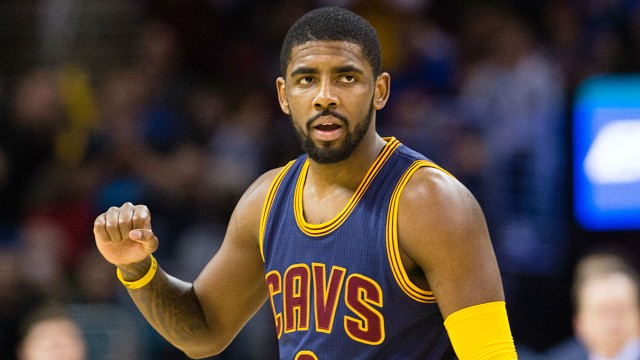 This fact is definitely a major surprise to fans around the world. Irving appeared in his high school musical version of Disney’s High School Musical. As previously mentioned, he has a knack for being in the spotlight. This background in theater aided in his interest for singing, dancing and his ability to play an instrument. It was also the precursor for him to appear on Disney’s XD show Kickin’ It. Kyrie has never been a strange to fame and performing in front of a large crowd with all eyes on him. He is able to come out a winner every single time with any task he undertakes. 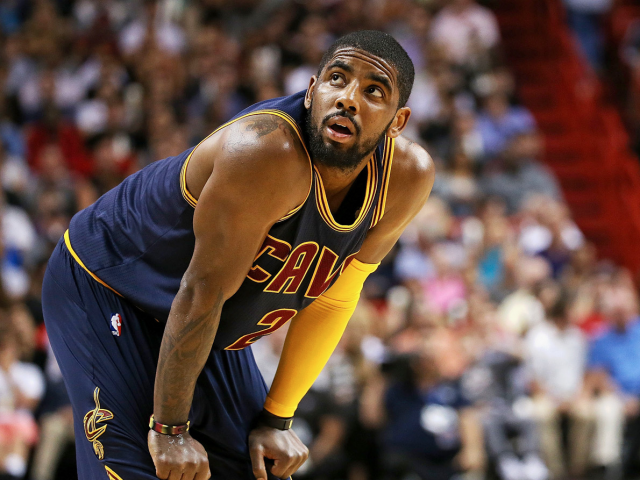 To remain consistent with his journalism aspirations and keep his writing skills sharp, Irving maintains a journal where he enters mottos and quotes that have guided his on-court and off-court life. One such motto called, the “Hungry and Humble” is featured on the Kyrie 1 sneaker. It is a maxim shared by his father that Kyrie once printed in silver pen on the back of his black and white Nike duffle bag during high school. He still looks to this motto for inspiration even today. 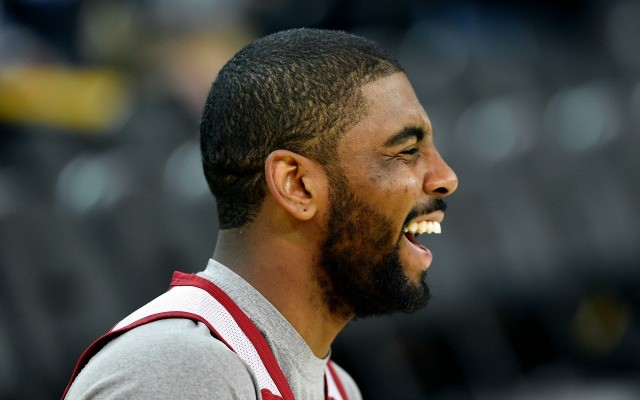 Irving’s go-to comfort food is mac and cheese. This global favorite dates back to baked pasta dishes found in 14th century France and, while it has evolved a little, is a top choice for children and adults during lunch and dinner. Irving is one of those mac and cheese lovers. 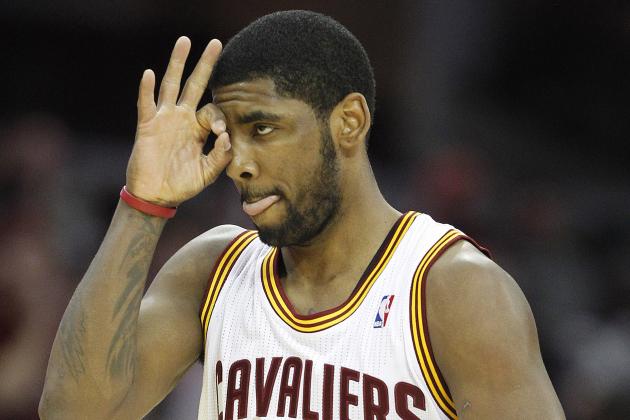 Kyrie made a promise to his father that he would get his degree from Duke, which involved attending summer school, prior to joining the NBA. In addition to getting his degree, he was still able to reach the pinnacle of his career to that point and join the NBA. Irving now serves as an inspiration to young basketball players around the world through his actions, appearances, commercials and achieved goals 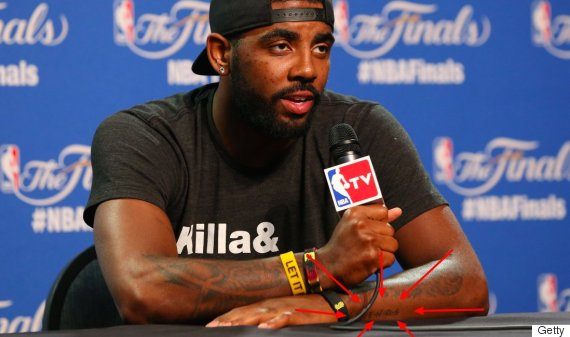 For most, playing basketball is an enjoyable hobby and source of exercise. To Irving, this is his career so he must find other ways to relax and take his mind off of work. In his spare time off the court, he enjoys reading books, in addition to the daily journal he keeps. This helps him keep his mind sharp and allows Irving to drift away into fantasy worlds that spark the imagination. 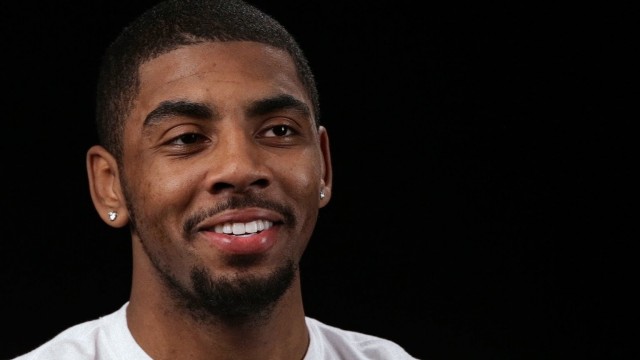 Part of his incredible ball handling skills can be attributed to a drill he learned and perfected from his father: dribbling a ball wrapped in a plastic bag. The plastic reduces the bounce and feel on your hands, thus eliminating control. This causes the player to improve focus and dribble harder to maintain that control. Irving on a fast break to the hoop is perfect evidence of the result of this drill. The best aspect is that this drill is simple and be used constantly.

In December 2015, Nike dropped Irving’s second signature shoe line titled, “Kyrie 2.” This blue, black and silver color combination debuted at Champs Sports and has been aptly named “Brotherhood” due to its homage to Irving’s time at Duke. It is also a continuation of the color way storyline that started during his last season.

Kyrie Irving is on-track to be one of the greats. With positive influences throughout his life and career, including support from his family, knowledge from his father’s basketball days, tips from godfather Rod Strickland and even guidance from teammates like LeBron James, he has the tools to achieve a successful and potential Hall of Fame career. The aforementioned 20 fast facts about Irving show his diversity of talents that have made him the superstar you watch today. With such an incredible background, it is exciting to see what he will do next on and off the court.