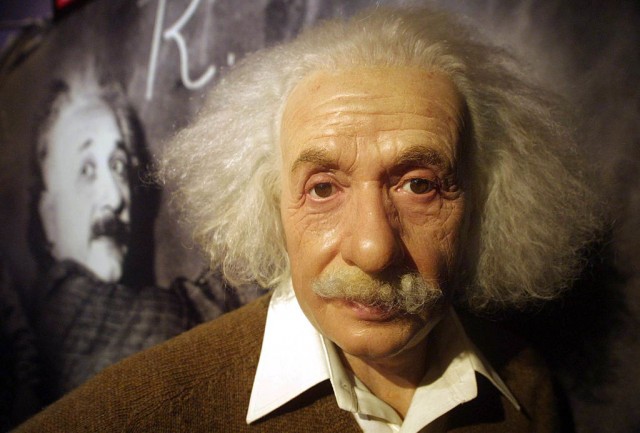 Albert Einstein is someone we all know and appreciate. The man did, after all, teach us that E=mc2 which might have been one of the only things I ever remember from high school and college math classes. He also performed the small task of designed the theory of relativity, which was impressive in its own right. The man (the myth, the legend) was born on March 14, 1879 and he passed away on April 18, 1955. He spent much of his life doing things that most of us will never accomplish; he was a genius. He was also a bit of a mysterious figure. He married his first cousin, he was a professor and he was a genius. However, modern doctors believe that he lived on the spectrum, suffering from an undiagnosed type of autism throughout his life.

Either way, the man is one of the most important in history and he is the man from which we hear thing like, “Nice going, Einstein,” when we make a mistake. It means, clearly, that we are not a genius. He is long since been gone, but Christie’s famous auction house has come to have some of his belongings which will be auctioned off soon.

There are some things that stand out. One such thing is the brown leather jacket that Einstein wore in the famous photo taken by Lotte Jacobi in 1938. This jacket is expected to go for more than $60,000 when the auction occurs, and that’s because it’s probably the most famous piece he has ever owned.

Believed to fetch around $35,000, this card is nothing more than a small card with Einstein’s full signature on the card. That alone makes it nearly priceless and will likely end up causing many people to think that they are getting one of the most amazing deals around. We think it will do quite well.

Estimated to sell for something along the lines of $8,000, these belonged to him when he was a child. The set includes 160 quarters sand and chalk oil blocks in multiple colors.

Not the most expensive item on the auction block, this watch is open faced and expected to fetch around $20k. it’s made with Arabic numerals, and it has a rose color bezel and several other very detailed finishes that might make it worth more than most other pocket watches from this time frame. It’s a very detailed piece that will end up causing people to spend some serious money.

It’s thought that this might bring in more than $25,000 because of his signature. The document is originally from Jacob Landau of the Overseas News Agency, but Einstein made amendments and sent it back to him for revision.

For about $12,000, you can have this book from a physicist who studied under Einstein. It’s got several of the signatures of famous professors under which the man studied when he was in college, making it a very valuable piece to own.