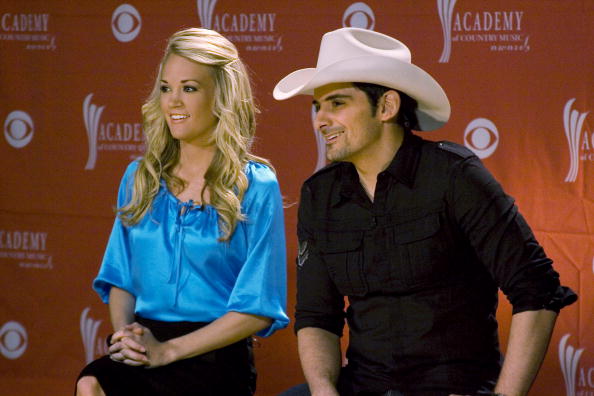 Country singers may or may not be your thing, but there’s one thing you cannot deny; country stars and their music are hotter than ever. They’re so hot right now that you have rappers creating chart-topping duets with country duos (we’re looking at you Nelly and Florida Georgia Line) and making women scream in excitement during concerts (Luke Bryan, anyone?) and you even have an entire television show about the life of a country superstar (Nashville, for those who live under a rock). Country music is big. And these 25 country singers are some of the richest according to their bank accounts. 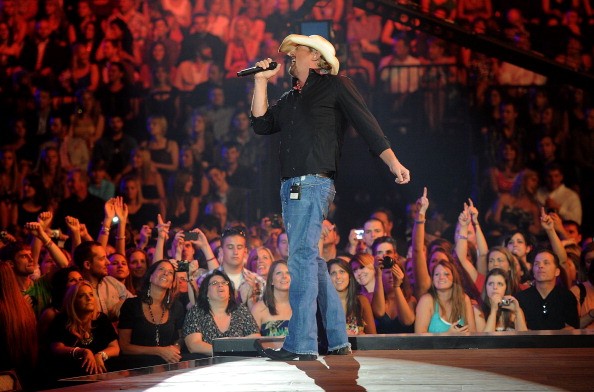 He the question, “How do you like me now?” and the world answered back with a, “just fine!” according to Toby Keith’s estimated net worth of approximately $500 million. While much of his earnings come from his singing and touring, he does own a restaurant and stake in the record label that signed a few other well-known musicians such as Taylor Swift and Tim McGraw. 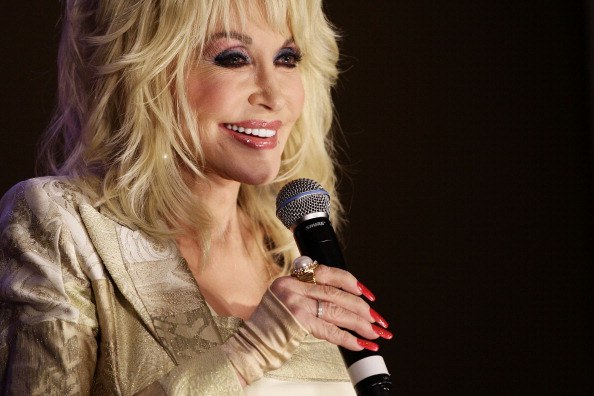 Dolly Parton has been around for decades and her considerable assets are worth $450 million. The singer, actress and writer of more than 3,000 songs has been in the country music industry for more than 40 years. 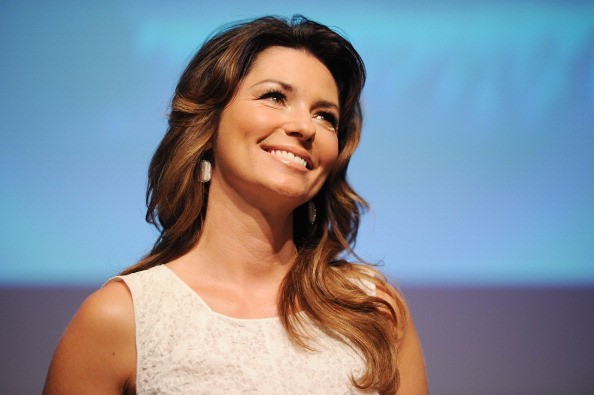 You know her as the Canadian-born country singer who rocks the world with songs such as, “Man, I Feel Like a Woman,” but she’s also one of the richest country singers around. Worth almost $350 million, her long career includes singing and songwriting some of the most famous songs in the world. 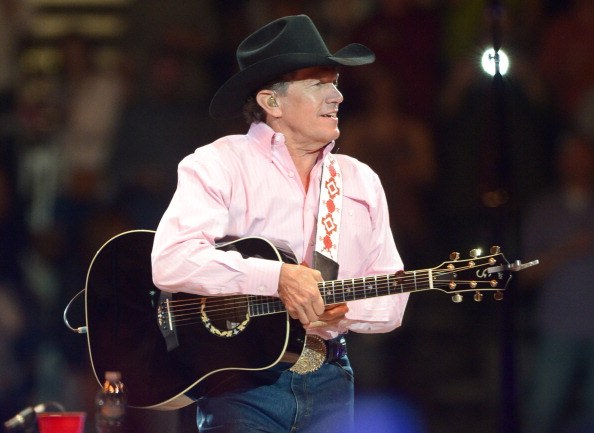 This Texas-born country singer has been singing chart-topping country songs for decades, and his net worth of more than $300 million proves that his career has been successful. George Strait’s the kind of country singer you and your parents grew up listening to, and you all know all the words to his best songs. 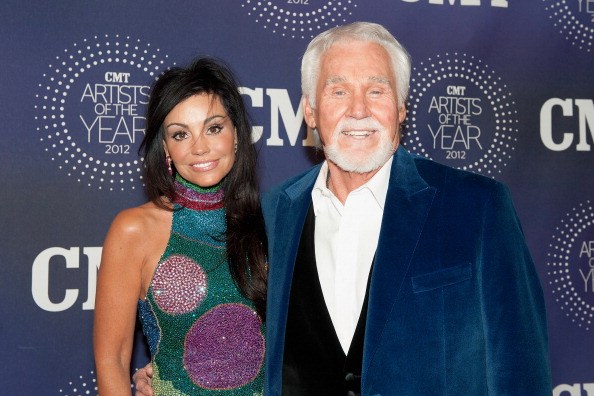 The top 25 wealthiest country singers in the world list wouldn’t be complete without Kenny Rogers, one of the most famous country stars in history. With a career that includes singing, song writing, acting, producing, photographing and business owner, it’s no wonder the man is worth $250 million. 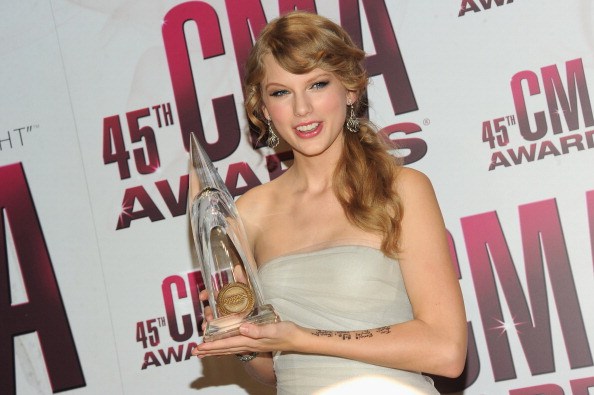 She’s America’s sweetheart. To this day, she’s nothing like some of the other stars who enter the world of music as young teens and become crazed young adults. Swift is always put together, mature and a great role model for little girls. She’s also infamous for writing songs about her boyfriends – watch out if you ever get the chance to date her – in which she holds nothing back. All of this adds up to make her one of the richest country music stars in the world with an estimated net worth of over $220 million. 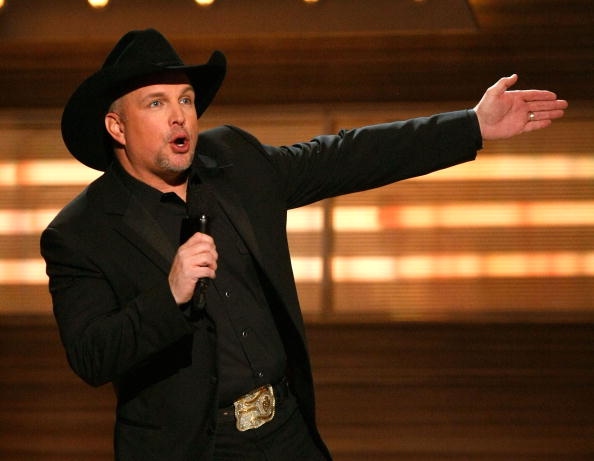 He might have friends in low places, but he’s certainly on top of the world with his $150 million net worth. It’s easy to see why he’s worth so much when he’s sold more than 100 million records over the course of his long career in country. Aside from Elvis Presley, he’s the best-selling music artist in the country. 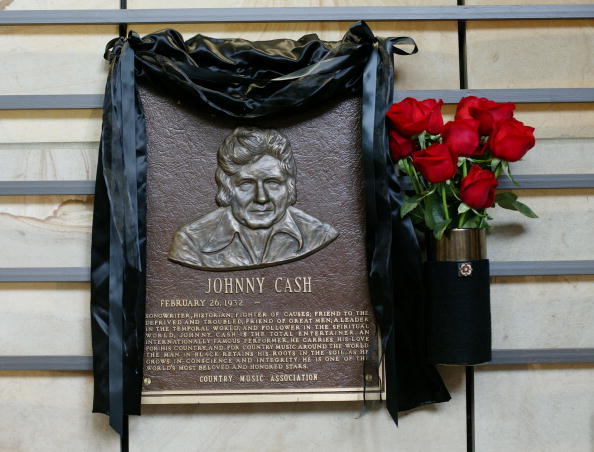 With a net worth of $120 million, Johnny Cash was one of the highest paid country music superstars until his death in 2003. Known for his long career and numerous hit songs, the world mourned at his passing. In fact, his life and career were so famous that actress Reese Witherspoon won an Oscar for her portrayal of June Carter Cash, Johnny’s wife, in the movie, “Walk the Line.” 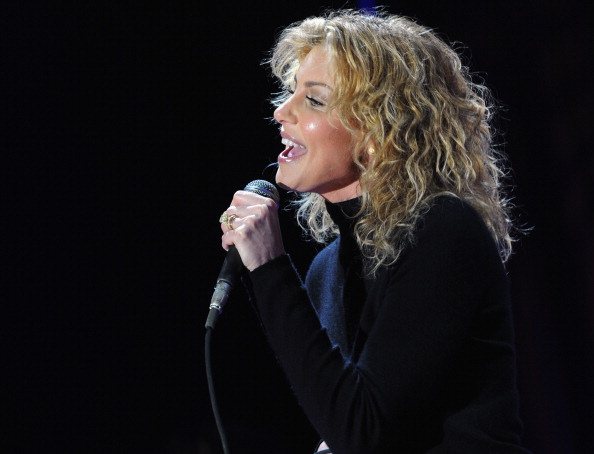 She’s a five-time Grammy winning country star who has sold more than 40 million albums since her first debuted in the early 1990s. She’s also married to another superstar in the country music industry, singer Tim McGraw. Her lengthy career has earned her an estimated net worth of approximately $80 million. 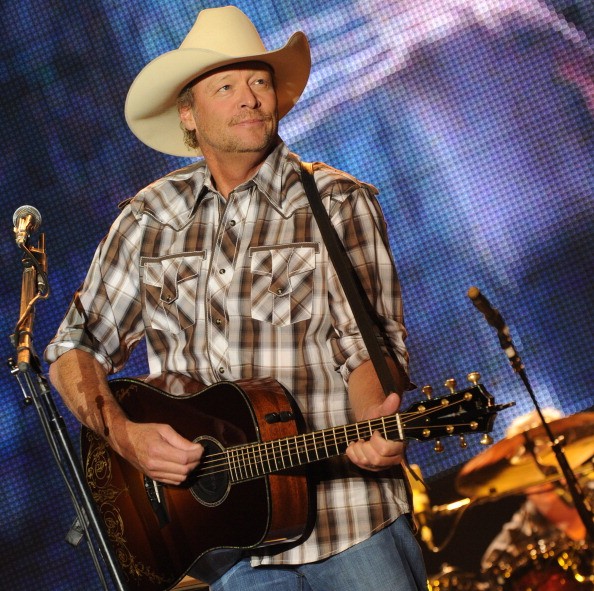 With $75 million to his name, Alan Jackson is one of the highest paid country music stars in the world. He’s known for his fun, catchy songs. He began his career as a singer and songwriter, playing to sold-out crowds all over the world decades ago. He’s since signed a contract with Ford, which added significantly to his net worth. 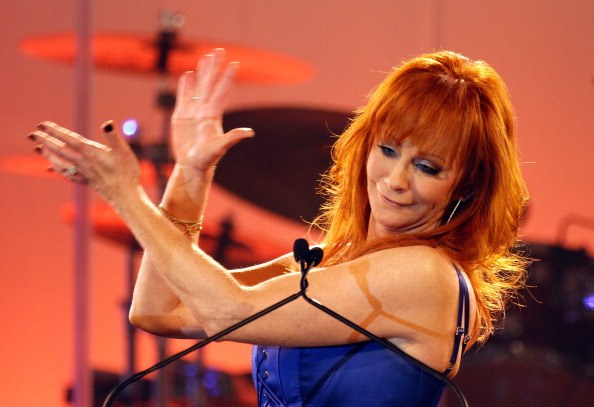 Worth more than $65 million, the funny, lovable red-headed singer and actress is one of the wealthiest country stars around. Her career includes seven Academy of Country Music top female vocalist awards, 12 American Music Awards and she’s sold more than 80 million albums. 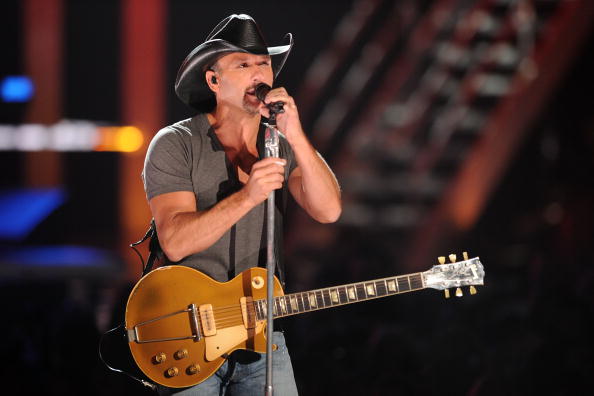 He falls just shy of his wife in terms of net worth, with an estimated $65 million to his name. His long career has earned him a total of more than 40 million albums sold worldwide. His dad was famous baseball player Tug McGraw, but he’s made a name for himself in country music as well as acting in award winning movies such as the Blind Side alongside Sandra Bullock. 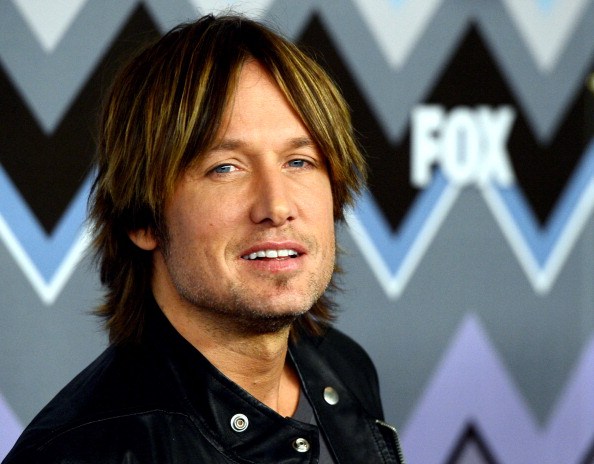 Not only is he married to Nicole Kidman, one of the world’s most beautiful women, he’s a country superstar, judge on American Idol and his net worth is $45 million. His first album went platinum after his move to the US. He subsequently saw 15 of his songs hit number one. 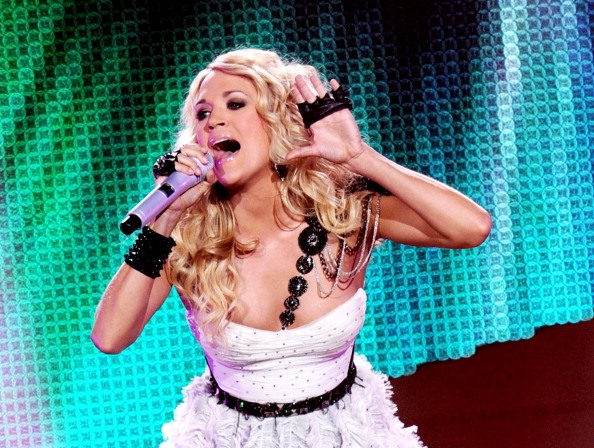 The Oklahoma-native turned American Idol champion in 2005 is a country superstar with a current net worth of $45 million. This country superstar’s career took off when she won Idol, and it hasn’t stopped since then. She’s had dozens of number one songs, won numerous awards and performed to sold out crowds all over the world. 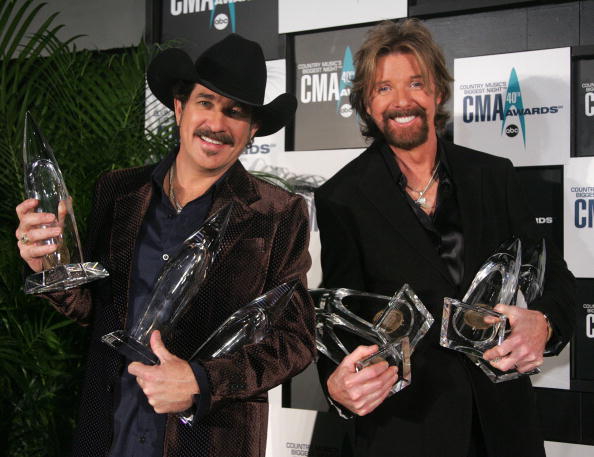 This country duo has a net worth of $45 million. Largely due to their ability to not only write award winning songs, but to sing them as well, this duo has done well for themselves in the country music industry. 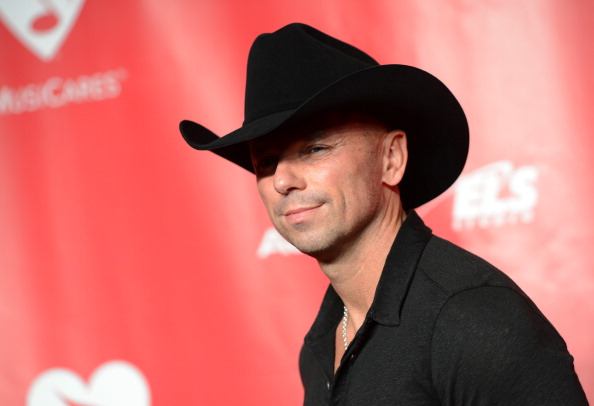 Who doesn’t love Kenny Chesney? The man who wears the hat was once married to Renee Zellweger, but he’s since divorced and working hard making his country songs number one. Worth an estimated $40 million, this country crooner has 15 albums, 14 of which were certified gold. 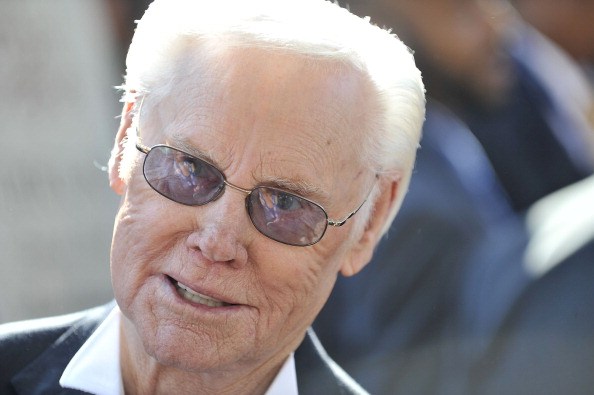 His net worth of $35 million was earned through country music, and he worked hard for it. After learning to play the guitar at age nine, this future singer wanted to pursue a career in country. However, he then decided to spend some time in the Marines before he made it big after being discharged. 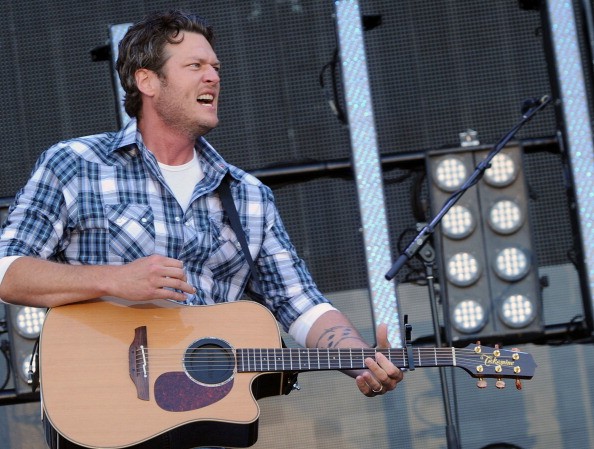 He’s been earning his net worth of $30 million for a while now. This country singer is not only a ladies dream, he’s also a judge on the Voice and he’s a repeat host of the ACM awards. Married to fellow country singer Miranda Lambert, Shelton’s career is only just begun. 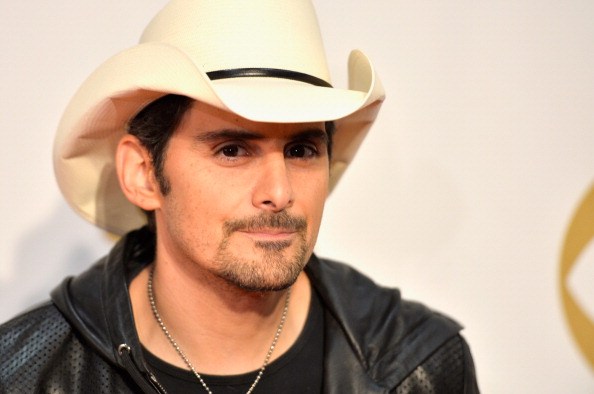 He’s married to actress Kimberly Williams-Paisley, best known for her role in the “Father of the Bride” movies alongside Steve Martin, and her current role playing a Nashville mayor’s sneaky wife in the hit television series Nashville. However, he’s also a mega-star in the country music industry, with dozens of hit songs, hosting gigs and a net worth of $30 million. 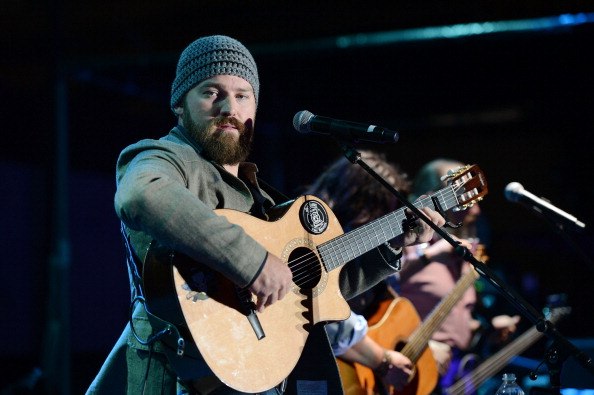 Their music is some of the catchiest, summer-appropriate music around. The Zac Brown band is worth $26 million thanks to their hit songs and sold-out concerts. This band isn’t as old as some of the other bands on the list, but they’ve made their mark in country music and they aren’t going anywhere anytime soon.

(Photo by Michael Kovac/Getty Images for City of Hope) 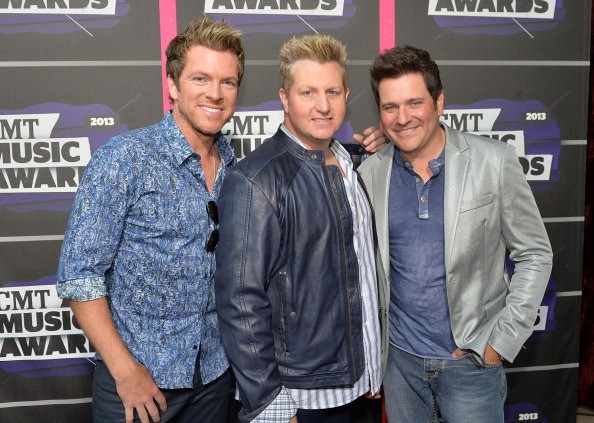 Collectively, this group is worth $21 million. They’re one of the most famous groups in country music, with songs just about everyone – not just country music fans – recognizes. They’ve created 26 singles, 12 of which have been number one on the Billboard music list. 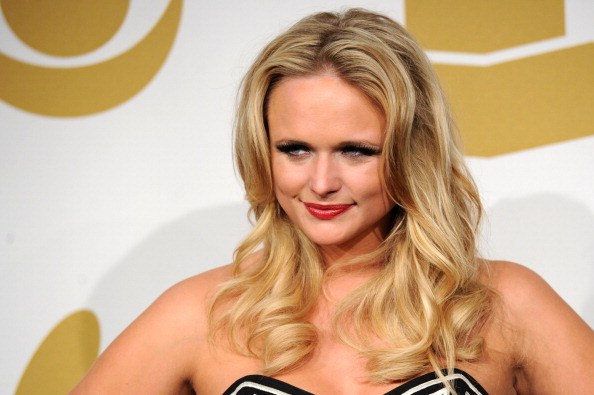 Like Carrie Underwood, Lambert got her start as a Hollywood star on televisions. She came in third place on the 2003 season of Nashville Star, which was only the beginning of her career. She went on to sing some of the best country songs on the radio and marry country star Blake Shelton. She currently has an estimated net worth of $18 million. 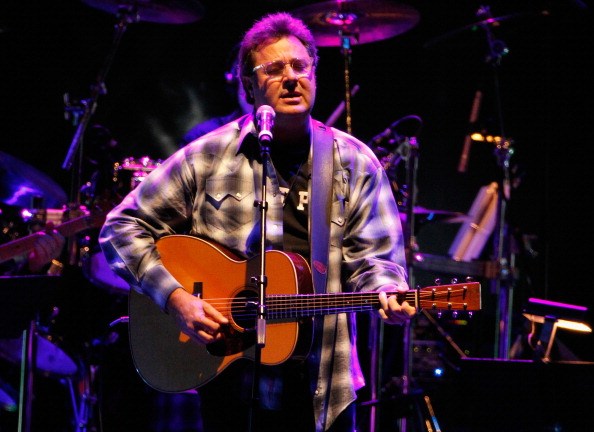 His smooth, sweet voice earned him a net worth of $16 million since the start of his country career decades ago in Nashville. His career started in his teens when he played in various Bluegrass music groups before finally leaving to go to Nashville and make it big. Fortunately for him and country fans everywhere, he did just that. 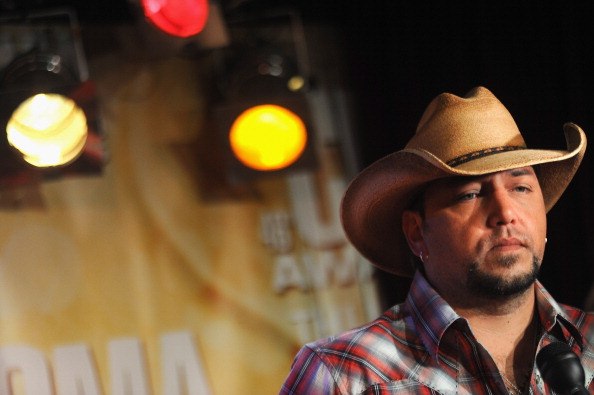 This Macon Georgia native is worth $15 million. Though he’s been in the news more recently for his personal life than his country music career, the bad press hasn’t hurt his record sales or his sold-out tours across the country even a little. One of his most famous songs, “My Kinda Party,” helped to launch his career into what it is today. 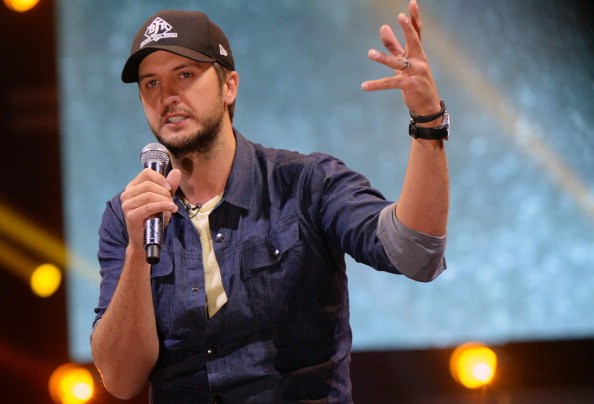 This country cutie is the man so many country music fans dream of at night. Worth nearly $7 million, Luke Bryan has only been on the country music scene for a few years. He’s done well for himself in that short time, and his career is only going to get bigger in the coming years.