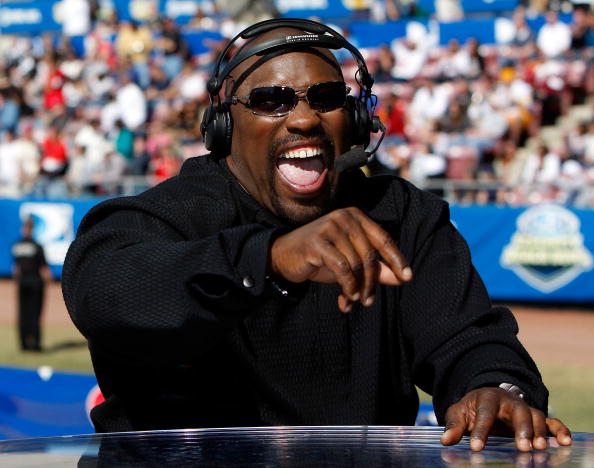 Athletes make a lot of money to participate in a sport at which they excel. Most of the world wonders why athletes make so much money to basically exercise and play sports, two things that are enjoyable and healthy. However, athletes are far busier than most of us give them credit for. There are strict rules associated with being an athlete that pertain to public behavior, diet, exercise and training. They work hard and are paid handsomely for their entertainment value and skill, but not all athletes are able to maintain their financial success. Here are 15 rich athletes that went bankrupt. 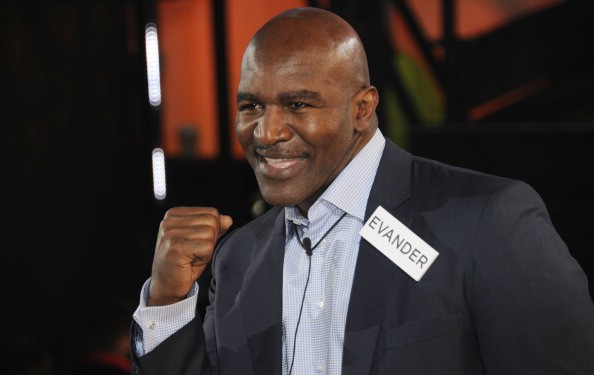 Throughout his career Holyfield earning an estimated $250 million. That’s an impressive sum. However, he managed to spend it all and end up with absolutely nothing but a bankruptcy shocker. In 2008, the boxing great saw the bank foreclose on his multimillion dollar Atlanta home. He’s got nothing left to show for his name, and that’s because he spent his money in excess. While it was coming in at the peak of his career, he continued to spend as if he’d make millions every month for the rest of his life. When he wasn’t boxing much anymore and his fame was dying, he didn’t cut back on his spending. 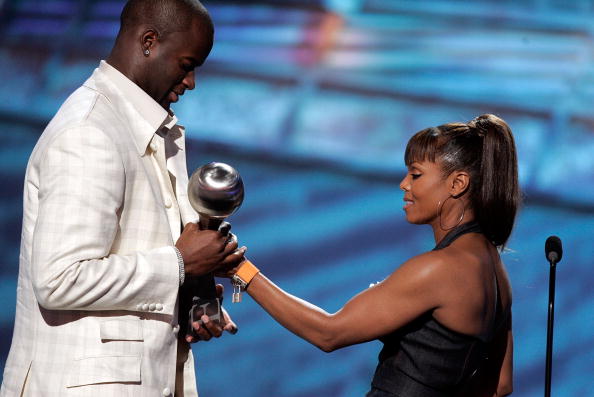 He was one of the most promising NFL players at one point in his career, but things just did not work out for the college football superstar. He did play for several years, earning more than $45 million from the NFL. However, he made it his mission to spend as much as possible, leaving him with nothing but some flashy cars and a house he couldn’t afford. It’s a big problem in the NFL. A large percentage of players are broke within 2 years of retiring – around 70 percent according to a stat that’s circulating at the moment. 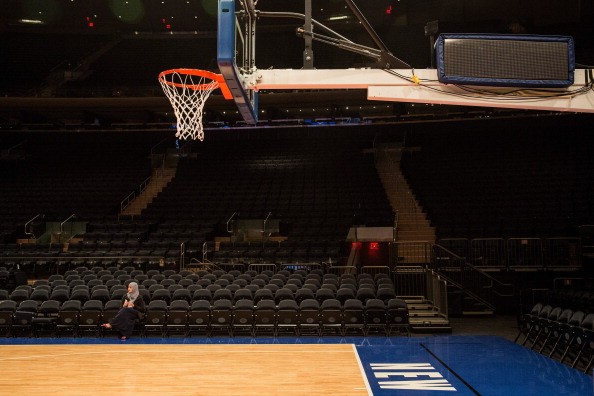 How does someone who earned more than $60 million in the NBA file for bankruptcy? The answer is simple; he squandered his fortune. The NBA all-star player filed for bankruptcy not too long ago citing his monthly expenses as more than $41,000. Most of that goes to paying child support and alimony to his three ex-wives and the numerous children he’s fathered over the course of his career. One of his ex’s gets so much of his money she has a personalized vanity plate with the term “HISCASH,” emblazoned on it. 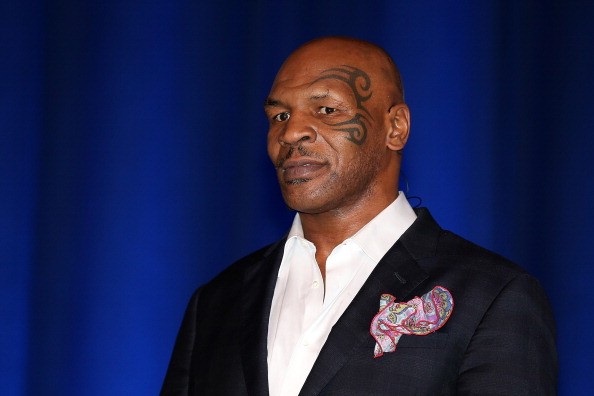 For a long time, people feared this boxer. He’s big, scary and he’s also known for physically removing body parts from his opponents with his teeth. However, he was not all that smart when it came to managing his money. Tyson was one of the wealthiest men in boxing for a long time, earning just under a half billion dollars over the life of his career. Unfortunately, he was not good with it and squandered it away faster than he could bring it in. Today, he’s worth very little and has to continue working to make ends meet after lavishly wasting his fortune. 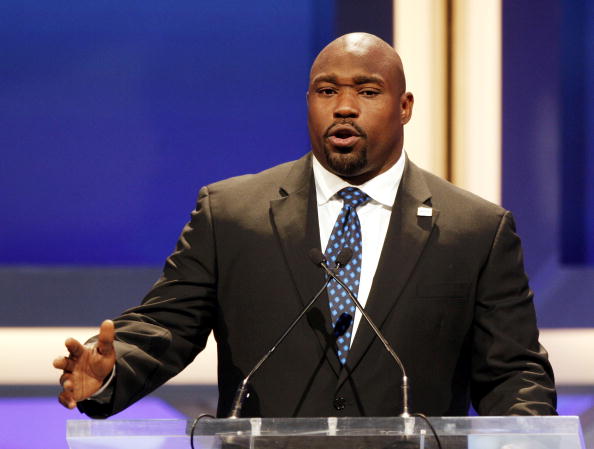 He’s one of the greatest players in NFL history, as well as one of the most beloved. Unfortunately for Sapp, he wasn’t that careful when he was on top. He managed to have multiple children with four different women to whom he pays massive amounts of child support each month. He also managed to do a little bit of tax dodging, so he owes the IRS a couple million dollars, and he has some medical bills that his insurance didn’t cover. He filed for bankruptcy in 2012 stating his debts are more than $7 million and his assets just over $6 million. 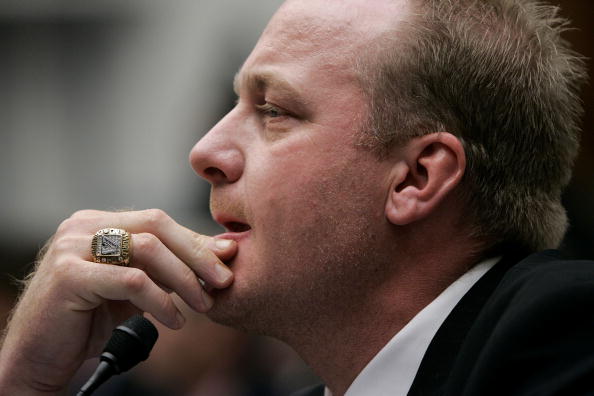 The one thing that can be said about Curt Schillings bankruptcy is that at least he didn’t waste his money on drugs and alcohol and flashy cars. He went into business, the video game business. Unfortunately, he didn’t know much about the business as it went under and he lost $50 million. That was all he had left after retiring from baseball, and that means he’s left with absolutely nothing in terms of financial security. He invested it all in his business, a big risk that any successful entrepreneur will tell you to avoid, and things did not turn out as he expected. 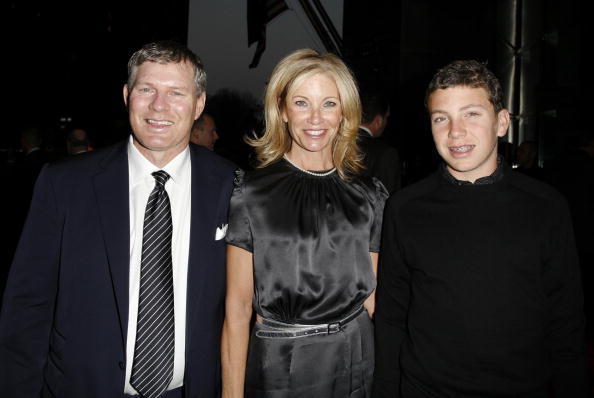 Lenny Dykstra was one of the more likeable players of his generation. He graced the field for the Mets and the Phillies, was an all-star numerous times, and even has a World Series ring.  However, over the years he lived far beyond his means even though his post-baseball career was that of a “financial guru “– his ex-clients are probably wondering why they ever took advice from him – should have given him an idea that he was living too freely. When he filed for bankruptcy, he did so after selling his World Series ring for cash and by claiming his debts exceeded $50 million and his assets were only valued at $50,000.  Oh, and he was also in jail. 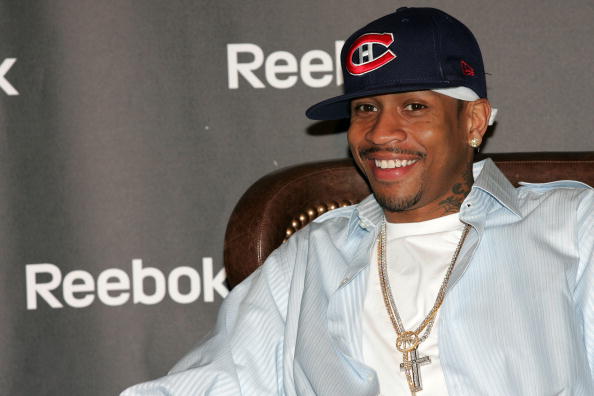 He was one of the toughest NBA players in history due to his small frame, but also one of the best.  Despite earning more than $200 million from the NBA and various endorsements, he told a judge in 2012 that he couldn’t pay his bills. His excessive spending is given to his various children as child support payments, and he spent years bringing his 50 person entourage with him every time he went out, traveled and enjoyed himself. He also suffered from a massive gambling problem that led him to lose millions of dollars in bad bets. 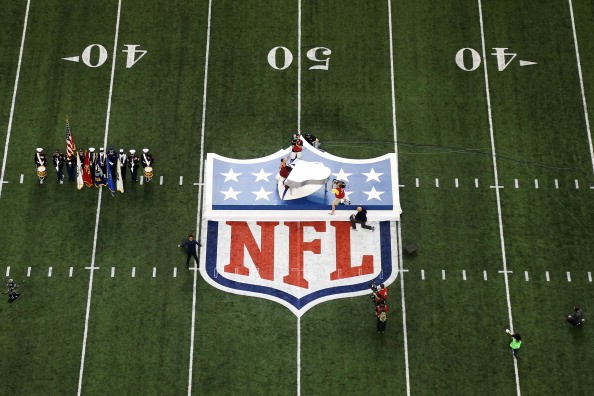 He’s one of the most famous football players of all time and his known as possible the best linebacker ever.  Unfortunately, he didn’t really handle his finances very well – or his personal life, for that matter. He is always going to be considered a great player, but he’s not going to be considered a very intelligent financial mind. He filed for bankruptcy in 1998 when he was a full year behind on his mortgage payments. He then ended up being arrested a decade later for several reasons and is now a registered sex offender. 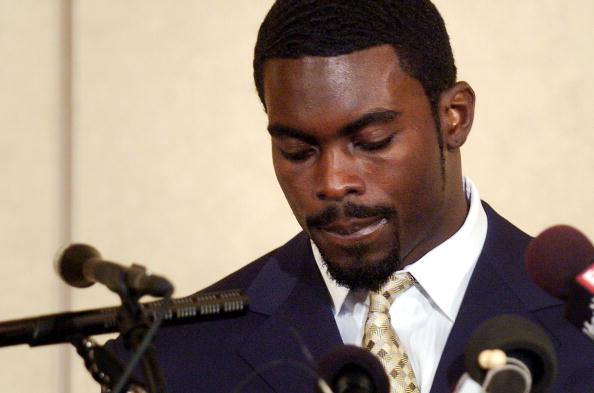 It’s no surprise that this NFL star was bankrupt. He had to file for bankruptcy even though he had a $62 million contract with the Falcons, a $3 million signing bonus with them, and a contract for an additional $130 million he signed only three years after signing that other contract. Unfortunately for Vick, he was a money waster.  He spent too much money on frivolous purchases, including dog fighting. He was forced to go to jail at the height of career, when he was the highest paid player in the NFL. He lost it all paying fines, fees and attorneys – what was left it, that is. 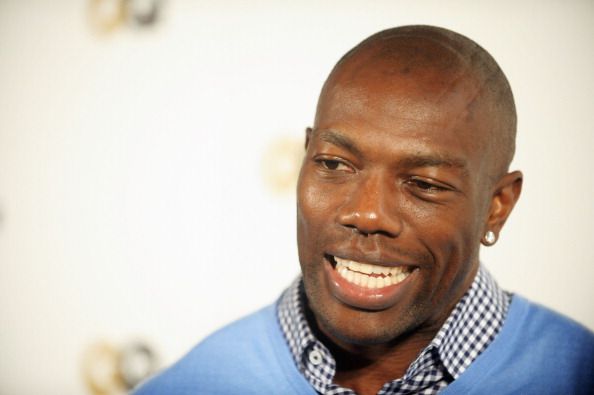 Yet again, it’s the problem of the baby mama drama. TO was one of the best players in NFL history. During his successful career, he earned tens of millions of dollars. In 2012, however, he approached a judge to file for bankruptcy on the grounds that he has no money in the bank, no money coming in during the month, and monthly expenses that are a minimum of $120,000 per month. That monthly expense is paid largely to his four ex’s and the babies he had with them. He also pays several mortgages. 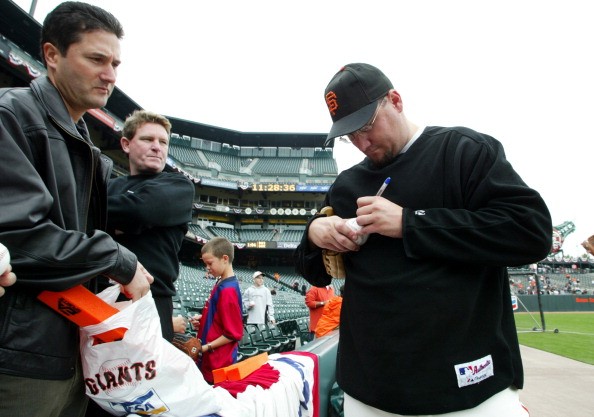 His pitching skills were on target and he was on top of the game for many years. Unfortunately, he was part of the Stanford Financial Fraud case and lost his entire fortune. That amounts to somewhere around $17 million, which is what he earned throughout his career with the MLB. It’s not as common to hear about baseball players losing as much of their money after retiring as it is other athletes from other sports, but it’s not impossible for it to happen. Eyre is just one example of that truth. 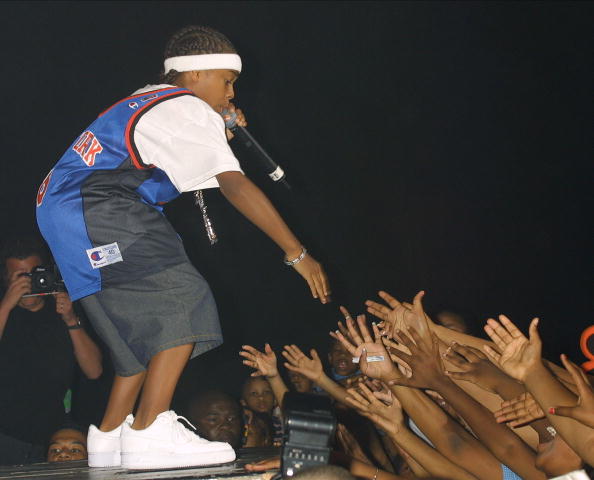 There’s a statistic that reads that more than 60 percent of pro basketball players will eventually go broke within a few years of retirement, and Latrell Sprewell is just one of several examples of just how true this rumor really is. Even though he wasn’t the nicest or most moral player on the court, his career still earned him an estimated $100 million that he blew on who knows what. He declined a big contract with the Timberwolves in 2005 and by 2010 both of his mansions and his yacht were repossessed. 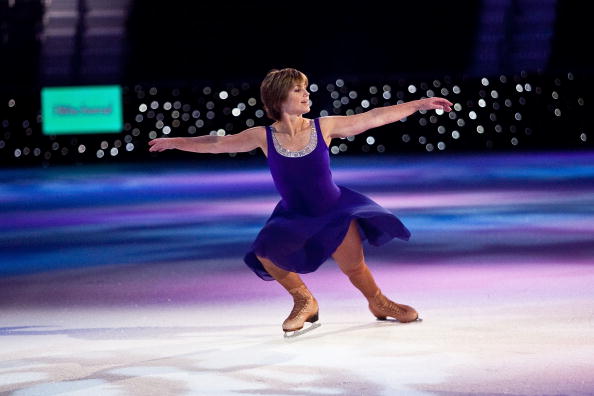 She’s someone who had to file bankruptcy, but not for frivolous spending. The Olympic gymnast bought into a business that simply couldn’t keep up with the competition (that would be Disney on Ice) and had to sell. Her finances were ruined by the business, however, and she was forced to file bankruptcy. She then had another setback in 2008 when she underwent treatment for breast cancer. Her troubles finally began to clear up when treatment was over and she’s in the process of revamping her career and making money once again. 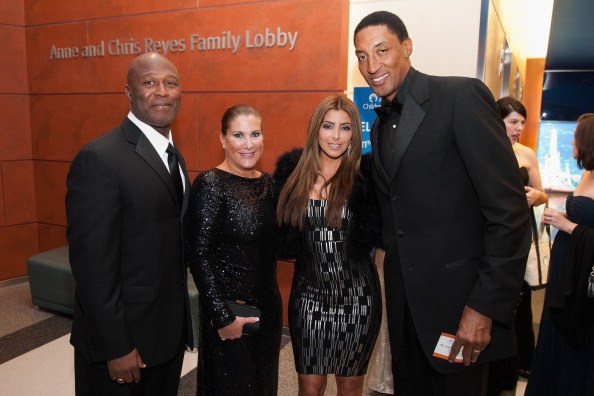 He was one of the most famous players in the NBA (and considered one of the best ever), but despite earning a career-high $120 million, he wasn’t able to keep his money and stay in the limelight. He was forced to file for bankruptcy after his money was gone, due to lavish spending. He bought a jet he couldn’t afford and then had to ground the jet only a few months later. He also bought numerous homes, took lavish trips and supports his many children. It’s been too much for the basketball star to handle, however, and his finances have been a mess ever since.