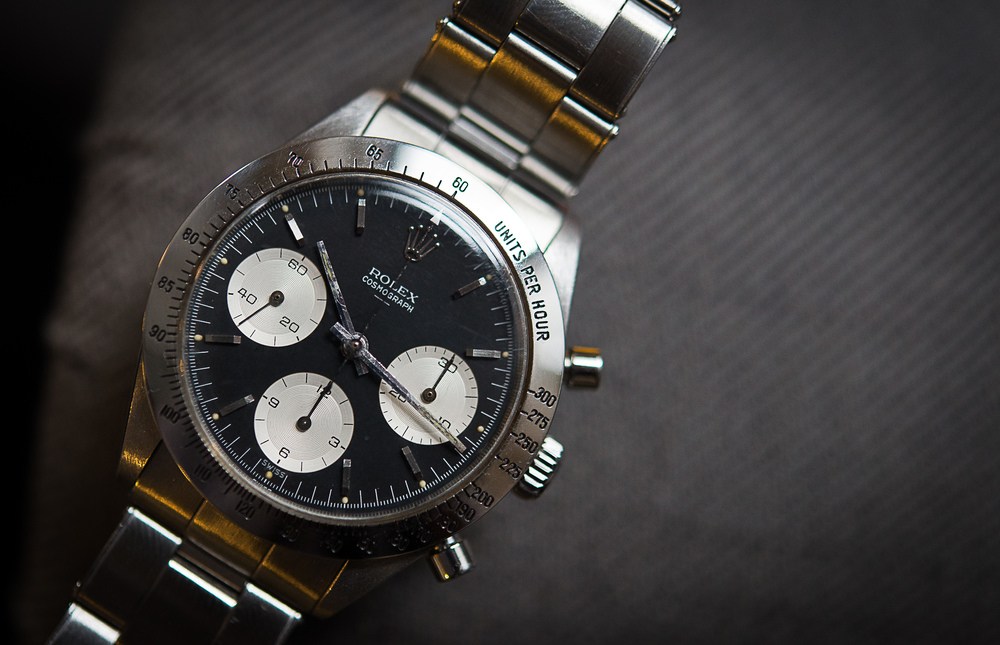 The Cosmograph Daytona Rolex watch is one that’s been around for many decades. However, the watch has only been around for three different generations. The very first one produced was created in 1963 and it was the only one that was produced until the late 80s. There were only very few of them designed at the time, and it wasn’t available in many locations. The second series of this watch was created and made available in 1988. It was also manufactured in very limited numbers and it was made available only until production was stopped in 2000. That’s when the third series was introduced. Each one has a slightly different look, upgrades and features, but they’re all very valuable watches.

In fact, famous actor Paul Newman had one of the very few first series of the Daytona Rolex watch and he wore it every single day from the time he purchased it until the day he died, which was in 2008. When these particular Rolex watches were first produced, they were not very expensive. Even in the 1960s, $210 for an expensive watch wasn’t too much money. However, they’re far more expensive today. While these watches are still produced in very limited quantities, it’s one that was designed in 1969 that gets the honor of being the most expensive Daytona Rolex ever produced.

Christie’s sold a rare 1969 Daytona Rolex in 2013 for $1.05 million at auction. This watch goes down in history as the most expensive produced in the series. While they weren’t in demand so much when they were first manufactured, the rarity of these watches has made them far more valuable now than they were in the past, which is something that the buyer of this particular watch at the Christie’s auction was well aware of when his or her bid was made.