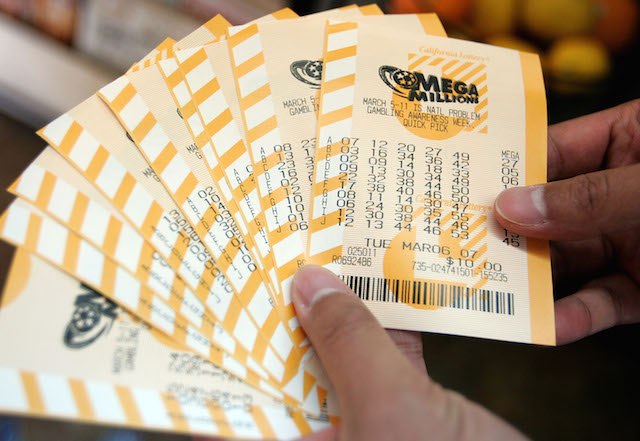 For many people, winning the lottery is the ultimate dream. For doing virtually nothing aside from purchasing a few lottery tickets, it’s pretty great when you are granted a large sum of money. Winning a few thousand dollars in a lottery is exciting, but there are many other there that have won hundreds of millions of dollars in larger lotteries. When you go from making maybe $75,000 per year to having a bank account filled with $300 million dollars, for example, this opens you up to many new possibilities. Now obviously lottery winners are going to spend that money on a variety of different things that they couldn’t have afforded otherwise. It is known however, than many lottery winners end up going bankrupt as they seemingly cannot control their purchases. Nearly all lottery winners end up quitting their jobs as they now have enough money to live comfortably for the rest of their lives. So what are some of the things that these winners choose to buy? Let us take a look at a list of items that are most commonly purchased by lottery winners.

After winning the lottery many people choose to take a vacation or holiday to some place nice. No, we aren’t talking about renting a beach home at the Jersey shore, we’re talking about extravagant vacations to exotic destinations. Cruises to the Caribbean, extended holidays in Europe, or renting an expansive villa somewhere in Fiji are examples of the types of vacations that lottery winners opt to go on. When you win $150 million dollars, that $20,000-per-night villa located on the beach in Mexico is suddenly attainable.

While this isn’t an item that you buy, it is one of the first things that lottery winners choose to spend their money on. From student loans, medical bills, to credit card debts, lottery winners also spend a chunk on their money to pay off their various debts. This is obviously a no brainer and once your debts are paid off, you can live a more care-free lifestyle not having to worry about those types of things.

For many the dream of owning a Ferrari is too good to be true, but if you win millions in the lottery, you can have one. According to data and research from Camelot and Oxford Economics, a new car or even multiple cars is one of the most common purchases that lottery winners make. Even if they only won a couple thousand dollars, lottery winners almost always spend their money on a new car. While I certainly would do the same, there are many things to consider about owning a high-end car like a Lamborghini. Obviously the initial cost is great, but everything about maintaining it is also a lot of money. Oil changes cost more, servicing charges are higher, you need premium oil/gas, and if you wreck the car it’s going to cost a lot to fix the damage. All things considered, most people still go through with the purchase.

Whether they be stock options, bonds, a piece of a company, or just some money left to sit in the bank and collect interest, investments are another thing that lottery winners most commonly buy. If you win hundreds of millions of dollars, you can choose to spend the money, or save and invest some of it. Many people opt for the latter and set up investments for themselves, their friends, and their children to ensure they will live comfortably down the road. According to that same data from Camelot and Oxford Economics, around 30% of a lottery winners winnings are spent on some form of an investment.

Gifts for Friends and Families

Research has also indicated that most lottery winners are kind individuals that want to give gifts for their friends and families. These gifts can range from new cars, boats, or a new house to even paying off a family members mortgage, for example. In fact research has shown that these gifts are fairly common for lottery winners to buy. I wouldn’t complain if a friend that won a lottery bought me a BMW.

A new home is, unsurprisingly, the most common thing that lottery winners spend their money on. Those that win it big can now afford to own mansions and premium homes in nicer areas. Now more taxes come along with this, however if you are living in a small apartment and then win a few million dollars, you’re probably going to upgrade your living space.