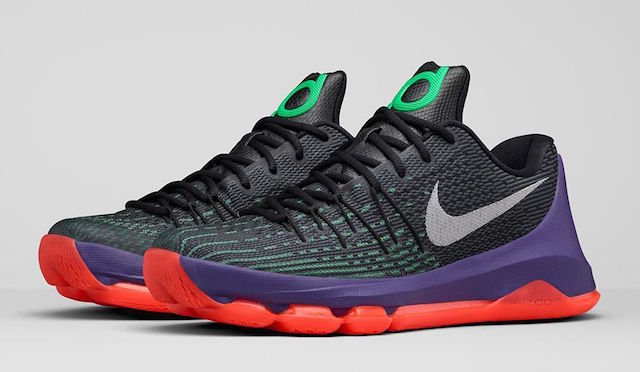 Kevin Durant entered the NBA in 2007 when he was drafted by the then Seattle SuperSonics. During that year he was one of the most promising rookie basketball players, whose great season lead to an massive offer from Nike. Kevin Durant then also signed a seven-year, $60 million dollar contract with the massive sports brand. This deal was the second largest deal that was ever given to a rookie in basketball. Ever since that year, Kevin Durant and Nike have released a wide range of KD-branded products that include sneakers, hats, t-shirts, backpacks, and more. The current sneaker that they are pushing is the Nike KD 8, and like many other sneakers, we’ve seen a wide range of different colors and limited edition models released over the years. One of the more recent versions is the KD 8 “Vinary”. The sneaker was inspired by two of Kevin’s major basketball heroes, and it is yet another solid release from Nike.

The new Nike KD 8 Vinary’s feature the same silhouette seen of previous iterations of the sneaker, yet they obviously incorporate a new overall theme. The sole of the sneaker incorporate both hyper orange and purple while the sneakers upper material is primarily black with bit’s of green mixed in. As is the case with all KD 8’s, the Vinary’s have Kevin Durant’s logo on the tongue of the shoe and utilize Nike’s patented Flawier technology that secure the laces in place. They might seem fairly straightforward, however there is a lot of symbolism in these color choices.

When Kevin Durant was growing up, naturally he loved to watch basketball. During his youth, two of his favorite players were Larry Bird and Vince Carter. Durant not only loved watching them play, but has cited them as major sources of inspiration and they even have influenced Kevin Durant. So the sneakers black and green upper materials are made to signify when Larry Bird played for the Boston Celtics, while the purple and orange sole’s represent the time that Vince Carter was a member of the Toronto Raptors. On paper it would seem that these conflicting color choices would not work out, however they come together to give the KD 8 Vinary’s a distinctive personality, one that pays homage to Kevin Durant’s biggest heroes. 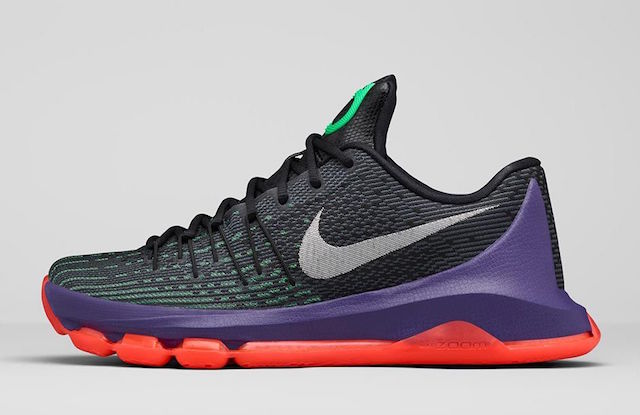 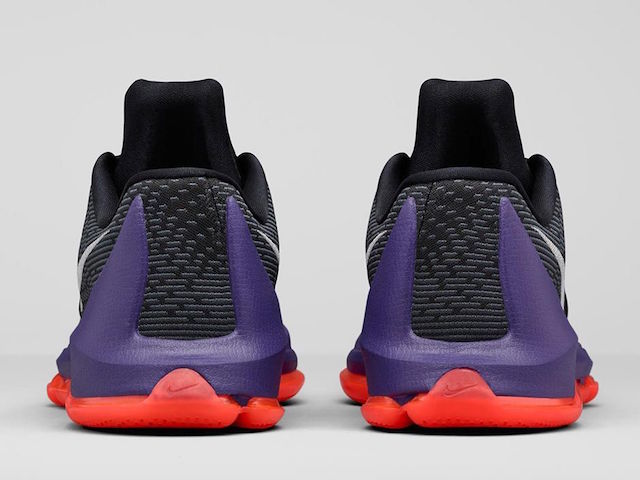 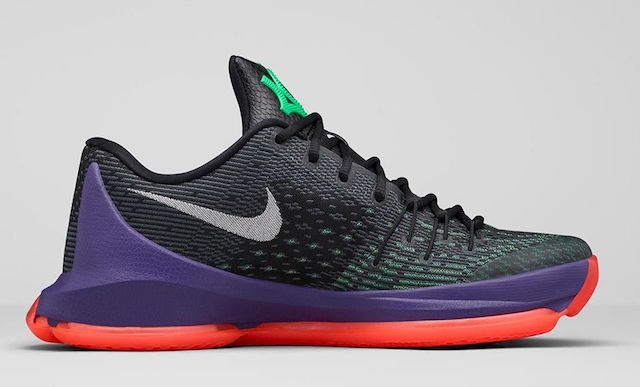 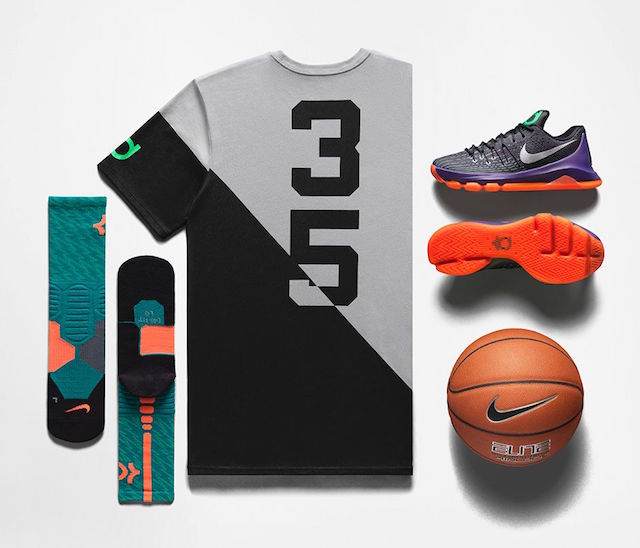