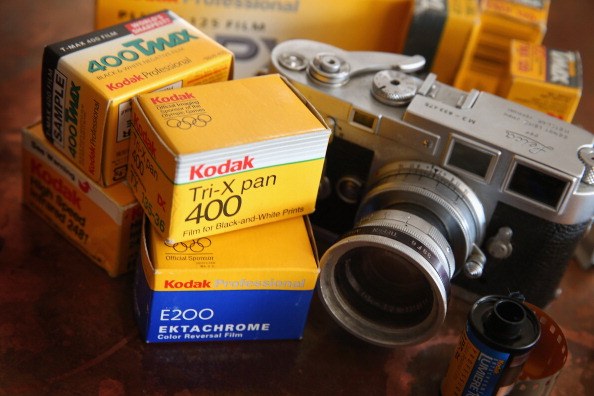 Kodak is one of the longest operating camera companies that has been around since 1888. The company has been a staple in the evolution of camera technology throughout the years and while recently Kodak has been seeing a massive dive in sales, that doesn’t mean they are out of the game just yet. With the rise of smartphones and less of a need for physical photos, Kodak has found their industry completely altered, but now the company plans to regain the spotlight by introducing their first Kodak camera focused smartphone.

The phone will officially be announced and unveiled at the upcoming CES 2015 that takes place in Las Vegas, but right now users are only given some pictures that are very interesting. It seems that the company is going to blend the idea of new and old by having the phone be an instamatic camera on one side and Android powered smartphone on the other, giving their loyal users the best of both worlds. The phones are going to be constructed by Bullitt Group, a private international phone designer and manufacturer; however, Kodak has kept all specs a complete secret for now.

The company is dealing with the rise of technology and finally has to adapt if they want to keep their business afloat, and there is no better way to do that than creating a smartphone. The company also plans to roll out a bunch of other tech based products such as headsets, earbuds, and even a baby monitoring system. Kodak is planning on releasing all of their new products sometime during 2015, and even wants to have a tablet and a connected camera in the market by the second half of the year.

This is a very interesting move from the camera company, but could really make or break them. They have the right idea by trying to blend into the technology industry, but at this point it’s probably too late for them to seriously compete with staple phone companies such as Apple or Samsung.