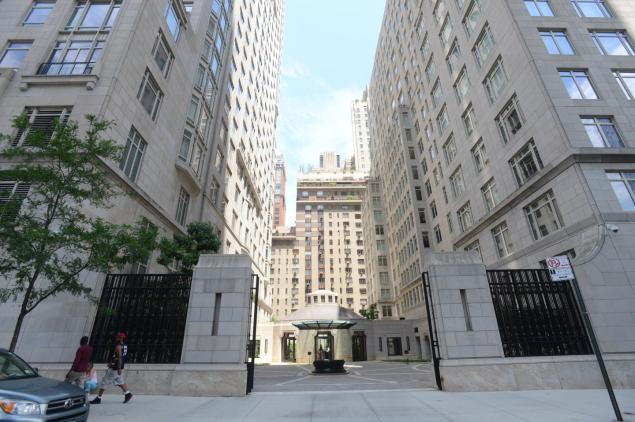 If you ever wondered what it would be like to live like a celebrity then go no further than 15 Central Park West. Author Michael Gross, who published a history of the condo called “House of Outrageous Fortune” in 2014, calls it the world’s most powerful address.  However what differentiates this building from most of the other famous buildings in Manhattan is that it’s still relatively new.   The building was completed in 2008 by developers Arthur and William Lie Zeckendorf.

As you can imagine, the building offers high end amenities that include an in-house chef, a lap pool, and a private screening room.  That’s just for starters. Speaking of which, if you want to move in here the minimum price for a 1 bedroom is $5.5 million.  If you really want to spend some money then opt for the 5 bedroom (there’s one available right now) for $48 million. 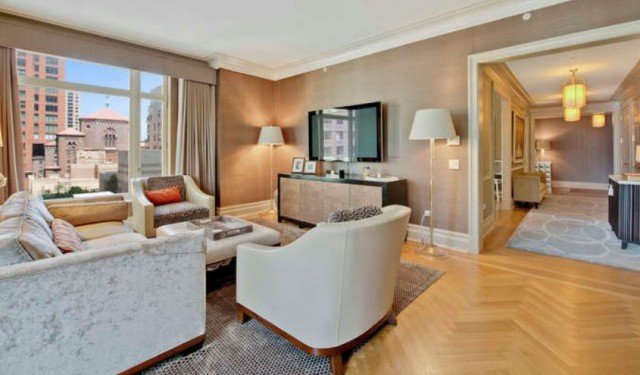 The building took 3 years to construct and cost over $1 billion.   According to Business insider – Hedge-fund manager Daniel Loeb bought an eight-bedroom, 10,700-square-foot penthouse condo, paying a record-breaking $45 million back in 2005 when the building was still a hole in the ground. He reportedly outbid Carl Icahn for the unit.

Robert De Niro was also said to have put his apartment on the market for $55 million.   Other buyers include Goldman Sachs CEO Lloyd Blankfein, former Citigroup CEO Sandy Weill and Russian billionaire Dmitry Rybolovlev who bought Weill’s apartment for his 22 year old daughter for $88 million.  Word is she never even uses it. 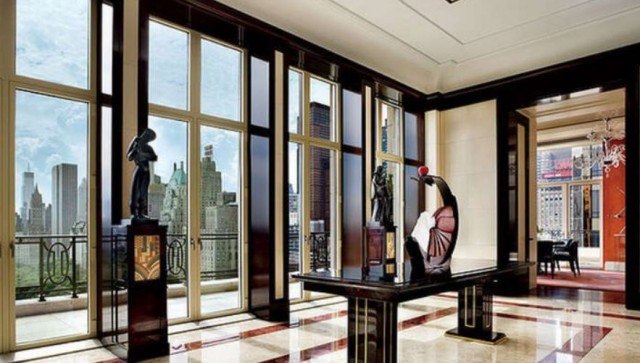 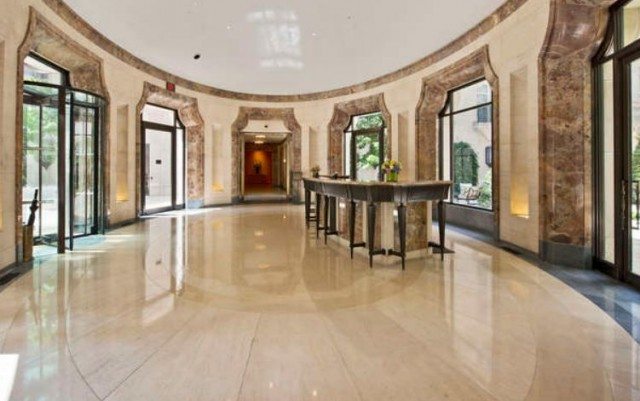 There are also 29 suites available for purchase that house staff of residences.  These also include spaces for employees and guests. 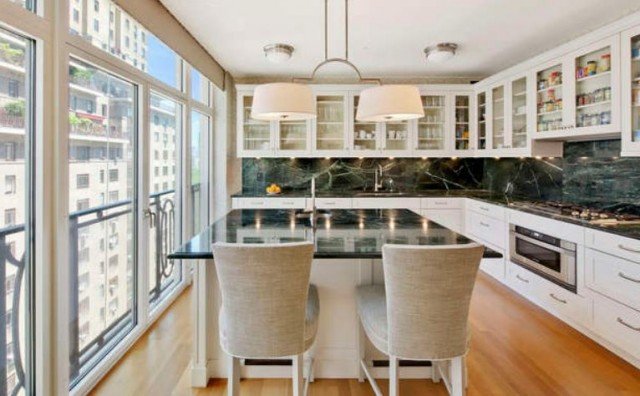 With regard to the neighborhood you’re blocks away from Lincoln Center,  only a few blocks east of Fifth Avenue shopping, and right near the Time Warner building. 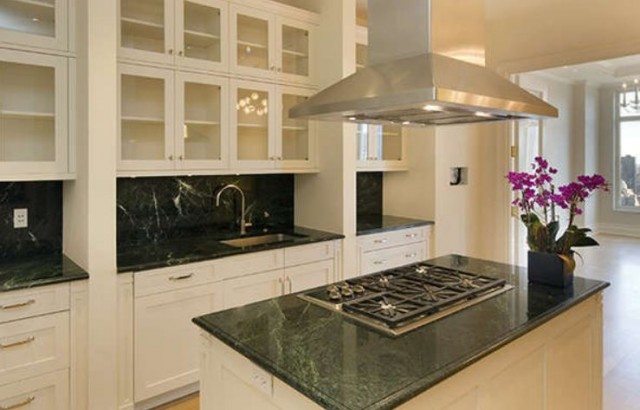 State of the art kitchens offering the finest materials. 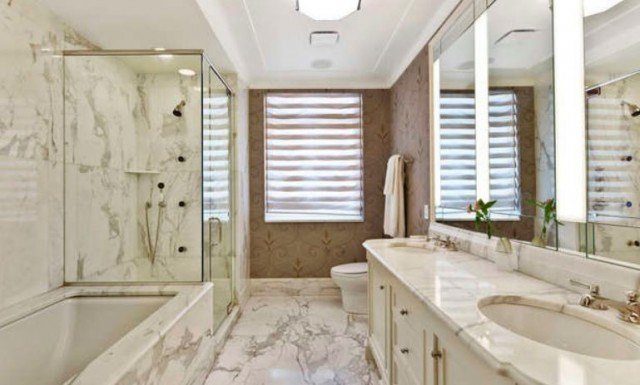 Bathrooms that rival and would surpass most five star hotel bathrooms. 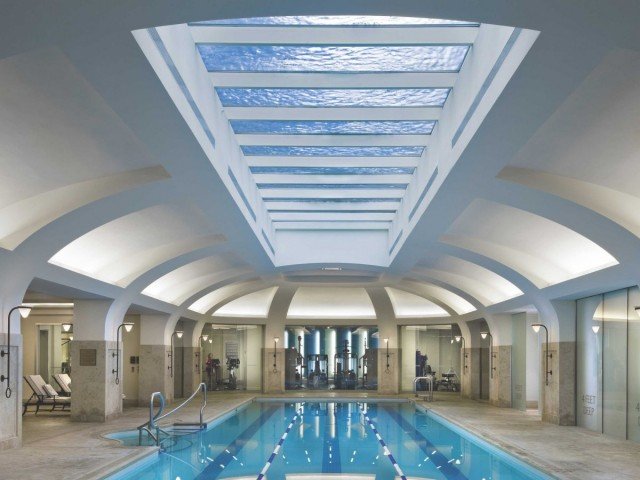 Here’s that pool we were talking about.

Would you live here?  I would!