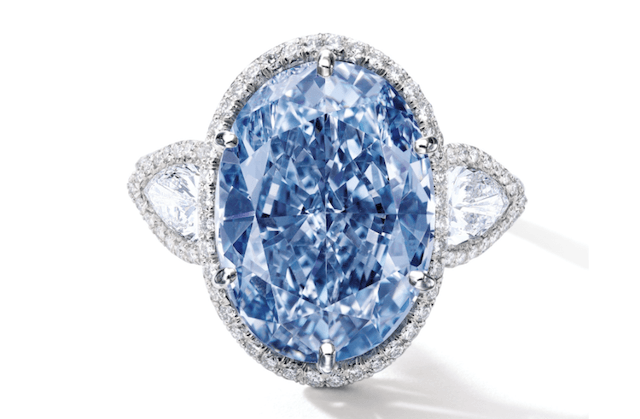 An absolutely magnificent diamond is headed to auction soon, and it’s set to break quite a few records. Known as the “De Beers Millennium Jewel 4”, this fancy vivid blue diamond weighs an incredible 10.10 carats and it is expected to sell for an incredible $35 million dollars.

The blue diamond was uncovered by De Beers in a mine in South Africa back in 2000 and this will be the first time people have a chance to own it. This particular stone possesses nearly every single quality that make gems expensive and rare. Not only is it blue or 10.10 carats, it is a fancy vivid diamond that is internally flawless.

This diamond is a part of a collection of diamonds known as the De Beers Millennium Jewels which contains some 12 stones in total. Additionally this massive stone is set within an 18K white gold ring and it’s also surrounded by smaller pear-shaped and circular-cut diamonds, as if the centerpiece didn’t attract enough attention.

Sotheby’s will take charge of the sale of this diamond at their upcoming Magnificent Jewels & Jadeite event that will take place on April 5th in Hong Kong. Sotheby’s estimates that it will bring in anywhere from $30 to $35 million dollars, and we wouldn’t be surprised if it sells for even more. 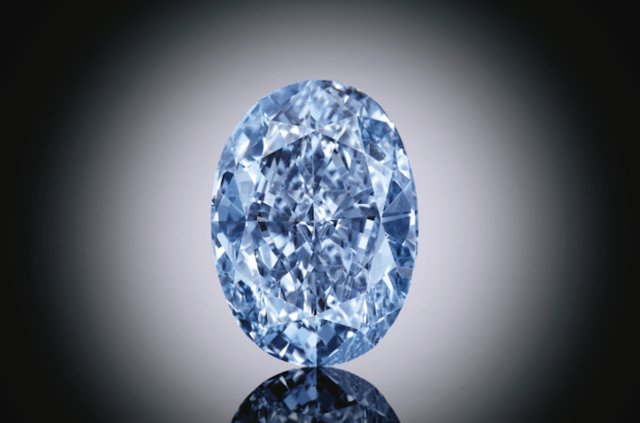 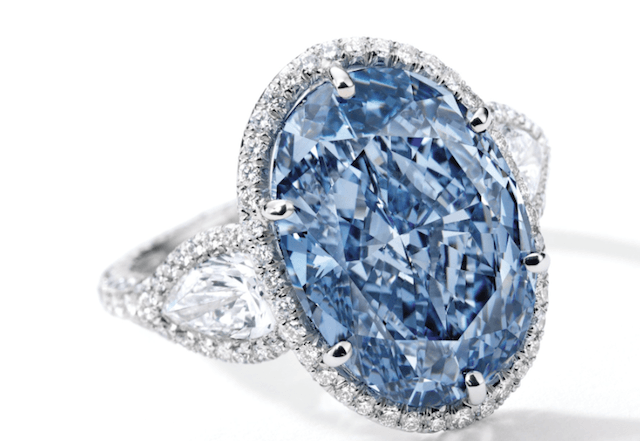 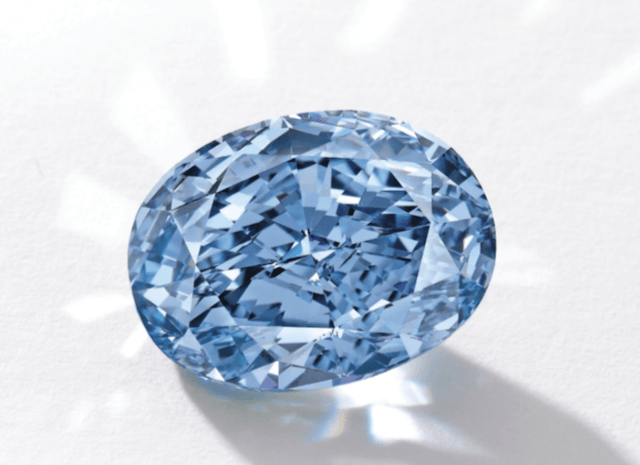