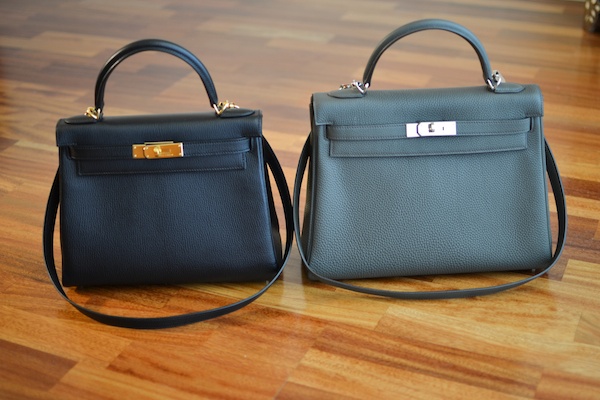 The Hermes Kelly bag is one of the most famous leather handbags in history.  It was designed in Paris by a high-fashion manufacturing company that was known as Hermes International S.A. Originally, the bag had a saddle holder, but it has been redesigned several times to give it a classy look and then it was named after the famous American actress and Monegasque princess Grace Kelly.

The bag has now climbed the ladder to become one of the most expensive handbags money can buy.  It’s also used in the fashion industry as a status symbol.  Today we’d like to give you the history of the Hermes Kelly bag along with some other things you may not know.

The Kelly bag has been given a trapezium design that has been closed with two straps. The three layers of leather that it is made of give it a standing capability because it can stand on the ground on its own. The four studs at the bottom also give it standing capability. It comes in eight sizes that range from fifteen centimeters to fifty centimeters. The Kelly bag’s padlock, keys, and hardware have been made from gold that is either white or yellow. The bag is not easy to construct because it requires eighteen to twenty-five hours of work to finish it. It uses rare materials, sometimes exotic skins and precious metals. To avoid mistakes and maintain originality, each item is constructed by a single artisan. This makes the retail price high. Hermes leathers include those of alligator that hail from Florida, crocodile from Australia, buffalo from Pakistan, a lizard from Malaysia, the shark from Thailand, and deer, oxen, goat, calf, and ostrich from all over the world.

The skins arrive at the factory having been laid out in perfect symmetry. This means that they are ready for the expert to begin his/her hand magic. The goat skins are used purely used for lining purposes. After the lining has been made, the craftsman then handsaws it to the front and back with waxed linen threads. A double saddle stitch is the one that is used, but each thrust of the needle should be carefully done. An awl is used to make a tiny hole in the handbag. But the size of the hole is dictated by the size of the stitch. Several adjustments are made later so that the particular grain of the leather fits well into the natural pattern of the bag.

The handle is the one that comes next with the shaping done by hand with painstaking attention. Sandpaper is used to smooth the layers of the stitched leather bag and the dyed so that they match the handbag. They then apply hot wax so that the handle of the handbag is protected from moisture.The front flap is added to the bag and later the distinctive hardware and four feet at the bottom. It should be known that each of these metal parts is riveted by hand. A rare fact that is hard to believe is that the handbag is then ironed so that the wrinkles in the calfskin are smoothed out. The “Hermes Paris’ gold stamp is finally put in the handbag to make it have a unique look. 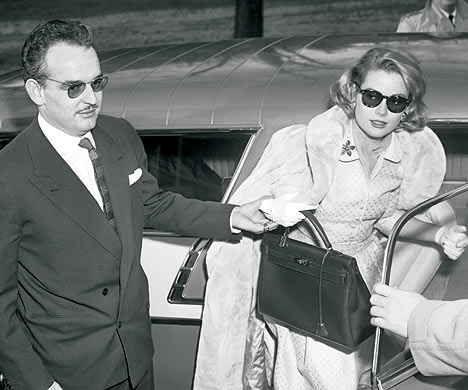 The Kelly bag became well known by 1956 when a photo of Grace Kelly (who ha became the new princess of Monaco) was made public as she tried to shield her pregnant belly from the suspicious eyes of the paparazzi. These photographs were splashed all over the world and even made it onto the cover of magazines. This is how the company that was manufacturing it got its name and more like the public renamed it the Kelly Bag.

The first batch of the Kelly bag was introduced to the world at around 1832, but it was only used for holding a saddle. In 1923, Emile-Maurice and Ettore Buggati decided to design it to a simple and plain bag to be used by Hermes’s wife-Julie. Its design was meant to make the bag fit into the car door and to give riders a chance to carry their saddle.
Robert Dumas is the person that is credited to have redesigned the Kelly Bag in the 1930s. It was originally called ‘sac a courroie pour dames’ that meant ‘bags with straps for ladies.’ In 1956, the bag was made famous by Grace Kelly who used it to hide her pregnancy from the public. After that, photographs of the bag circulated the world and made it popular.

There are two types of Kelly Bag (Kelly Sellier and Kelly Retourne. Retourne has a soft feel and looks as if the bag has been turned inside out. The Sellier type is more rigid with its stitches being on the outside. It tends to be made from harder leathers such as vache trekking, Epsom and box. The Hermes Company has realized a considerable increase in the demand of the bag as times goes by each day.

The Kelly handbag was brought to the limelight by Alfred Hitchcock. It all started in 1954 when Hitchcock gave permission to the costume designer Edith Head to purchase Hermes accessories and use them for the film ‘To Catch a Thief’ that was staring Grace Kelly. Kelly then fell in love with the bag and within months of her marriage in 1956 to Prince Rainier III, she became pregnant and was spotted to use the handbag to shield his pregnancy. Her photographs circulated all over the world and even featured in ‘Life’ magazine. Princess Grace Kelly, who was a Hollywood celebrity, became a fashion icon. The handbag though became to be known as the Kelly bag; it was not officially renamed until 1977.

The handbag that the princess was photographed with was loaned from the palace archives of Monaco and displayed in the Victoria and Albert Museum in the year 2010. It was accompanied with other notable wardrobe items that were owned by the Princess. The exhibit contains scuffs and marks that the princess carried for many years. Hermes Company now has become the leading manufacturer for handbags. It now creates 32 different styles of handbags, but the Kelly handbag remains the company’s best-seller.

The golden status symbol that was inscribed in the bag has made the Kelly bag to appear in popular cultures. For instance, in ‘Le Divorce’, the protagonist affair that ensued between the rich man and her was revealed by her red crocodile leather Kelly bag that she used. This is a clear indication that the bag has gone past its normal use by ladies to carry their luggage to being used in popular cultures and even movies.