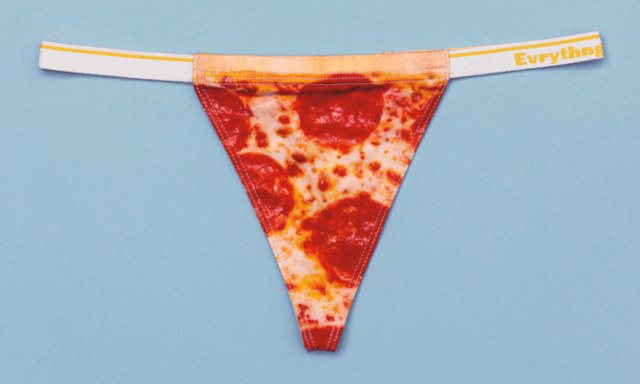 Just when you thought clothing and Kickstarter campaigns couldn’t get any weirder comes Pizza Panties.   No, we’re not making this up.  An entrepreneur named Phil from Brooklyn who has a history of making strange products decided that his love of pizza could be turned into a product.  But how?  After a lot of thought (and perhaps alcohol) Phil decided he wouldn’t make an edible product.  Rather he would make a wearable one.

Honestly we’re not sure how this is going to play out but you have to admit it’s pretty funny.  Plus the underwear is delivered in a triangular box that’s shaped like a to-go pizza slice.