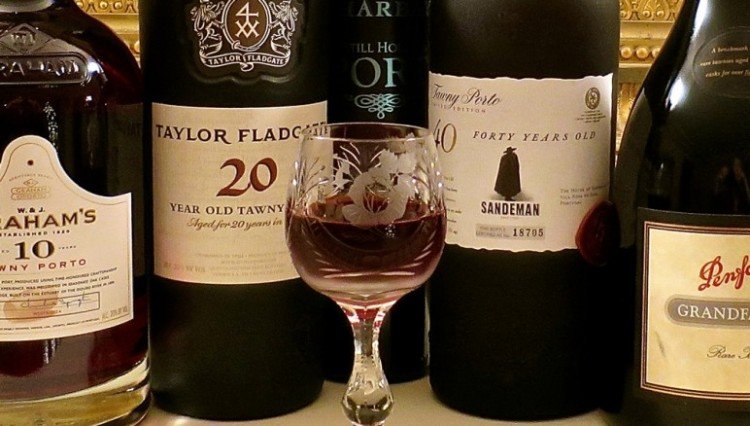 Tawny Ports are one of the finest wines in the world, and a most unique wine in many aspects. It is basically a rich blend of diverse flavors including vanilla, caramel, and toffee. Its colors range from light shades of red to dark shades of amber blue, and come in an irresistibly enticing scent. The secret behind it is grapes native to the Douro Valley in Northern Portugal, and a storage period of 6 years in a wooden cask. Tawny Port is relatively expensive, but for those who pride themselves as true wine lovers, there is no price for a good bottle of authentic, aged wine. A 40-year-old bottle can go for anywhere between $100 and $150. The oldest and rarest Tawny Port cost a fortune. Here are the five most expensive Tawny Ports of all time.

In 1963, George Sandeman set on a project to make 40 casks of Tawny Port, not for consumption, but storage. Over fifty years later, the product of his project is the Sandeman Cask 33, one of the oldest Tawny Ports in the market. It is over half a century old, and as a product of one of the most renowned wine makers, it is exceptionally enticing.

The Sandeman Cask 33 has a spicy flavor that connoisseurs of fine wine describe as nutty, thanks to the top quality wood used to make the casks. What’s more, the wine is packed in elegant bottles that have initials of George Sandeman engraved on the bottom. 685 bottles were released in 2015, with one bottle selling at an incredible $793.33. Although the price is obviously steep, the precision and resilience used in making the wine makes its flavor worth every dime for many wine lovers around the world.

This Tawny Port is worth over three times the price of the aforementioned Sandeman Cask 33, and has a rather interesting history. This Tawny Port is believed to be the only one that survived the Phylloxera epidemic, and experts place its age at about 155 years old. It was not originally made by Taylor’s Port, but rather a Portuguese family living at the Douro Valley in Northern Portugal during the outbreak of the epidemic.

After been passed down across generations for over 140 years, the sole heir to this exotic wine decided to sell it to Taylor’s Port after realizing its value. Taylor’s Port acquired the bottle in 2008, and it proved to be a great investment for the leading Tawny Port wine maker. The wine is packed in an elegant bottle with a plump bottom and slim neck, and comes in a dark amber color. Unlike Sandeman Cask 33, few people have had the chance to taste this Tawny Port. Taylor’s Scion was sold for a whopping $2,687.63, which is definitely worth its age (if not more) and the story of its survival in such an eventful period.

As the name suggests, this Tawny Port is one of the rarest collections in the world. And, although it is hardly the oldest, it is nevertheless one of the most exotic and expensive Tawny Ports in the market. This Tawny Port is 50 years old, and belongs to a collection of 330 bottles that initially existed as a special batch. The batch was released in 2012, and as of this writing, the wine is a little over half a century old. Thanks to the expertise of the wine maker, this Tawny Port outdoes relics such as the Taylor’s Scion when it comes to price, thanks to its exotic taste. It has an essence of chocolate, mocha, and fruit cake, and its scent is undoubtedly enticing. A bottle goes for $3,550, and the number of available bottles has been reducing steadily since its release in 2012. If you can afford it, then you are guaranteed value for your money as it has an alcohol percentage level of 19.7%.

The second most expensive Tawny Port is made with experience accumulated over a 33-years period. This Tawny Port is one of the finest wines made by Taylor Fladgate, a wine maker with roots dating back to the late 1600s. It is over 150 years old, and consequently one of the rarest and most exotic Tawny Ports in the market. Very few people have had the luxury of tasting the Fladgate 1863, but it has been said to have an elegant flavor, to say the least. Its package is just as elegant, and rightly so considering its hefty price tag. The Single Harvest is packed in an elegant wooden box designed to match the luxury of owning a bottle of this rare wine. It is also accompanied by a maple burl veneer that is just as exotic as the box and the wine within. Taylor’s Fladgate 1863 Single Harvest foes for $3,700, and comes with a certificate signed by the company’s CEO to close the deal.

The most expensive Tawny Port takes expensive to a whole new level with a price tag of over $7,000. The Graham’s Ne Oublie holds the first position for good reasons. To start with, it is extremely rare, as only three barrels were ever produced. It is also one of the oldest in the market, having being brewed in 1882, making it over 120 years old today.

This Tawny Port has one of the most exotic flavors that experts describe as a blend of honey, orange zest, caramel, and dry fruits. Its packaging is also just as exotic as its taste. The leather boxes used to pack this wine are the work of a renowned British designer Smythson, and the style utilized is without a doubt one of his best works. The hand blown bottle is also elegant with a bulging belly and slim neck, and it comes adorned with three silver rings.

Tawny Port wine does not get any better than this, but you will have to dig deep into your pocket to enjoy a bottle of one of the rarest Tawnies in the world. It comes with a price tag of $7,480.