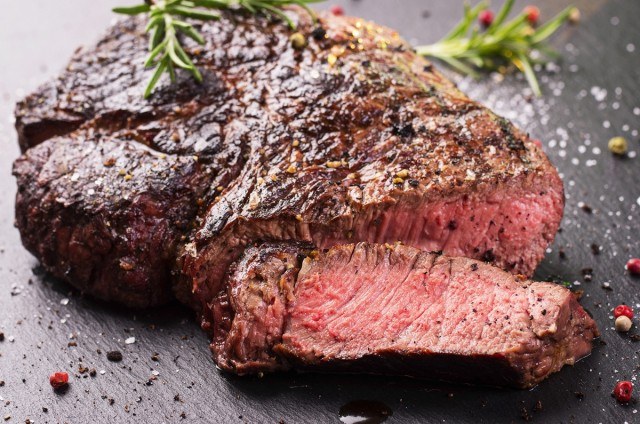 Some steaks are just fancy hamburger, and some steaks are so great that people will have a hard time convincing themselves that they’re eating something that came from a cow. The preparation of the steak is important, of course. Even the best cut of meat can be ruined by the wrong chef. However, no amount of preparation is going to make a low end steak taste better than a high end steak cut that is prepared to perfection. All of the steak dinners in fancy restaurants are prepared well. The flavor of a given piece of meat is ultimately going to come down to the cow it came from, and chefs can only do so much to change that.

The cut of the meat is largely a function of the aging of the meat, the grade of the meat, as well as the type of steak involved. The way the cows are raised and the breed of the cows in question will ultimately influence the types of steaks that will result. Some cows are raised to distribute their fat in all the right places, leading to better marbling and a better flavor. Some cows are given diets that make them particularly tasty as adults. Either way, there are types of steaks that seem like they should be called something different altogether. 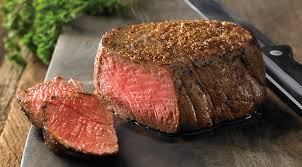 Many people have heard of filet mignon, and they should know that this steak is just as good as they’ve heard and just as fancy as it sounds. This is meat that comes from the smaller end of the tenderloin of the cow. Some sources will refer to this area as the ‘short loin.’ The preparation for the filet mignon steaks will vary a lot, often depending upon the preferences of the customers. However, many chefs will specifically try to prepare it rare or medium rare in order to preserve as much of the flavor of the meat as possible.

Six ounces of this steak can run people around 65 dollars. Even at the low end, they’re going to be paying around 45 dollars for a portion of filet mignon. That’s the price range for upscale steakhouses that are still below the price ranges that people will find at the fanciest of restaurants, however. Some cuts of filet mignon will cost hundreds of dollars.

This steak gets its name from its birthplace, Kobe Japan. Even people in Kobe Japan will expect to pay a lot of money for this steak, which is one of the most expensive types of steak in the world. Given the cost of transporting something as perishable as steak from one part of the world to another, as people get further from Kobe, Japan, Kobe beef is going to cost progressively more money.

Kobe beef comes from Wagyu cows. Among other things, the cows are given a beer each and every day. People can expect to pay around 250 dollars for eight ounces of Kobe beef or more. They should also note that any Kobe beef that is less expensive than that is probably not genuine Kobe beef. Prices will vary a little, but if it is significantly less expensive, they should be considered that the beef has been labeled incorrectly accidentally or deliberately. 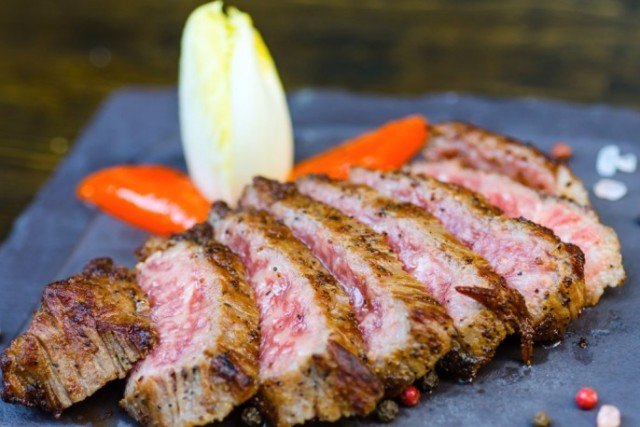 This is one of the most expensive cuts of meat that money can buy. At 350 dollars, this is the kind of meat that people purchase in order to indulge themselves. The cows that produce this beef are raised in a manner that is similar to the way in which veal is raised: the cows aren’t allowed to graze and their movements are restricted.

As such, the cows put on a lot of fat and develop very little muscle. The resultant meat is wonderfully tender and seems to drip with moist fat. As expensive as these steaks are, they are also very popular. The people who want them should be able to find them. This steak comes from the short loins of the cows, much like many other fantastic cuts of meat. 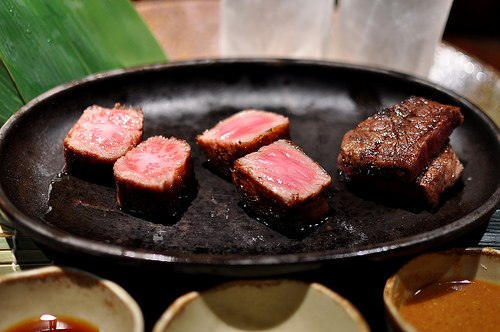 The meat on the ribs of the Wagyu cows is some of the best that people are going to find on these superior animals. The meat is deliciously and sumptuously tender, to the point that people will barely need to use any force when cutting it. They will certain pay a lot for every single ounce of this meat, which should give people an idea of just how good it is and just how much people are willing to spend for it.

A simple eight-ounce portion of this meat will cost around 150 dollars, and that’s without any food tax. Many restaurant portions tend to be larger than that, and people will often end up paying even more for their fantastic Japanese Wagyu Rib Eye steaks. 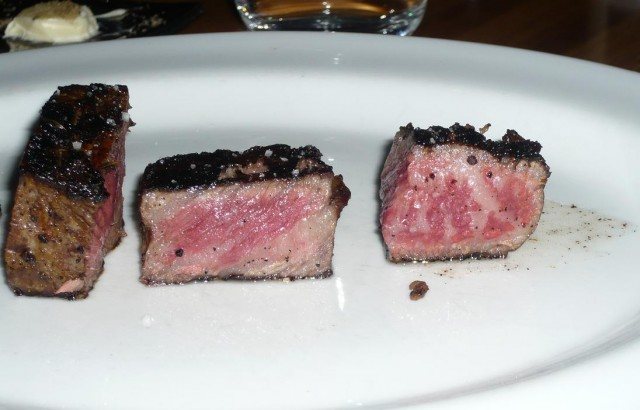 The extreme popularity of Wagyu beef has certainly crossed over to the more affluent people within the United States. Many of these cows are going to be raised here, but they are still raised in the manner of a Japanese Wagyu beef cow, and therefore the cows are still going to produce the same delectable flavor.

These cuts of beef are going to be slightly less expensive, but that is only because it isn’t going to cost as much to transport them from one corner of the United States to another, compared to the cost of transporting meat from Japan. The meat is still going to be just as good and just as luxurious as Japanese Wagyu beef, so the people who are trying the American cuts should not assume that they are getting any sort of substandard product.

A cut of this sort of beef will run them about 100 dollars for a six-ounce portion. They probably won’t expect to pay much less than 90 dollars for a reasonable portion of the beef. Naturally, as soon as they taste the beef, they will not believe for a second that they’re getting any sort of substandard product.