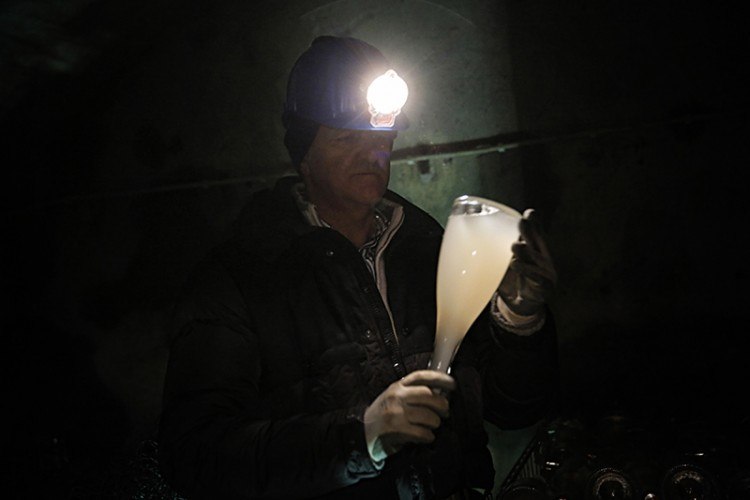 Mauro Camusso is a man embarking on a unique challenge. Drawing from his lifetime career in quarrying, and his grandfather’s heritage as a winemaker, Camusso is gambling that a former talc mine will provide ideal conditions for fermenting his new line of sparkling wines. Camusso is the owner of L’Autin, which is an estate he owns in Italy. His first grapes, including Pinot Noir and Chardonnay were planted there in 2010 and the first wines were made from his 2013 grape harvest.

L’Autin has only been founded since 2010, and is clear about its position as a newcomer to the foothill area. There is a challenge inherent in producing wines in the foothill region, as weather conditions are not considered agreeable to vineyards. But, the company admits that it is betting on its ability to produce white grapes and cultivate international vines in such a way that fine tasting wines will be the result. The current vineyard is just 4 hectares in size, and though small, a rigorous attention to sustainability is maintained. The vines are grown without chemical fertilizers and herbicides. Integrated pest management is used to reduce the amount of pesticide treatments. All this effort is on fertile, glacial soils with the potential to create white wines filled with fragrance.

Inspired to follow his grandfather’s path is a winemaker, Camusso has added his knowledge of mining to the venture at the Val Germanasca talc mine. It is nestled in the Italian Alps about 30 miles from Turin. It produced talc to make talcum powder until the 1990s. Because it was opened in 1937, its tunnels are not large enough to accommodate modern machinery, so it operated until 1995. Two years later, it became an eco- museum. In 2015, the disused mine was opened again, but for its new role as Camusso’s fermentation cellar. Camusso’s venture shares the former industrial site with the eco-museum. Camusso believes that the mine’s natural conditions, at least in theory, should be exactly what his wines need to create bubbles. If he is right, his wine will become high quality sparkling wine in a few years.

Camusso and his workers need to wear miners gear when they descend into the mine to tend to their precious cargo of wines. Shuttled by hand on push carts, 3,000 bottles were placed deep in the underground mine so that they could rest there during the second stage of their fermentation. The bottles were infused with sugar and yeasts to white wine, using a process which is required to create sparking bubbles. Those bubbles are the trademark of Champagne and all other prestigious sparkling wines throughout the world.

Inside the mine, the temperature remains constant the entire year, at 50 degrees Fahrenheit. The humidity is almost 90 percent, and it’s dark. These should be the perfect environment for developing those all-important fizzy bubbles.

The process is meticulously done by hand. Camusso and his team descend into the mine wearing headlamps. The interior mine walls are white with talc, which remains as testament to the mine’s former activities. The chambers inside are filled with metal shelves which are used for the first 10 to 12 months that the wine bottles rest there. The workers tend to the bottles, which are laid horizontally at first. Periodically, the workers turn the bottles delicately, as this helps to create the very fine bubbles of superb sparkling wines.

In the next step of the process, the bottles are suspended necks down for approximately three weeks. The yeast residues settle into the bottle necks this way. At various points in the fermentation process, samples are taken to estimate the wine’s progress. Camusso has said that the quality seems good based on these preliminary samples. The first boxes of wines recently were removed from the mine cellar in October 2016. His hope is that conditions in his unique wine cellar will provide that extra touch of something special to his wines.

Pride of location for this mine in northern Italy, is important to Camusso and his team. Without activity, mines tend to close naturally, but the upkeep and work within conducted by this new wine-making venture will keep the mine open and accessible. Their work in the mine, they feel, is a tribute to the mining tradition in the area.

L’Autin may mean the “little vine” in the local Tuscan dialect, but for the team, comprised of Agricola Camusso Mauro the owner, Pier Giorgio Gasca, Antonio Airasca and Beccaria Francesco the oenologist, their game-turned-passion has caught up their little vineyard in what may become one of the most rewarding and lucrative wine making ventures in recent years.