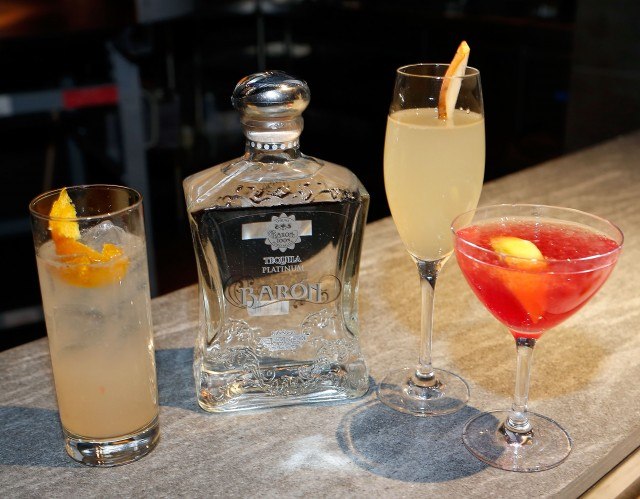 Cocktails have been around for quite a long time. As soon as humans discovered that they could mix their liquor with other ingredients to make it more flavorful, the cocktail was born. From the Old Fashioned to the Mojito, cocktail making has become sort of a form of art work. Mixologists from around the world try to come up with some impressive concoctions, and there are certainly some interesting drinks out there. So just how expensive can cocktails actually get? Let’s take a quick look at some of the most expensive, and crazy, cocktails that are out there today.

The Mai Tai is a popular fruity cocktail that is made with rum and is often very affordable. However the version served the Merchant Hotel in Belfast is quite expensive. The reason has to do with the ingredients. The drink was originally created by a man named Victor J. Bergeron back in 1944 in California, and he used rum from a special reserve batch of J. Wray & Nephew Jamaican rum. Only six bottles of this rum still exist today, and they’ve got one at the Merchant Hotel. Since it’s so rare, and technically true to the original recipe, the drink is quite expensive.

The Ritz-Paris serves up a pretty special cocktail that has become quite famous over the years, specifically because it’s so expensive. The reason is that their version of the Sidecar is made with a very special bottle of cognac, cognac that was originally made sometime between 1830 and 1870.

Okay, this drink isn’t quite technically a cocktail per se, but it’s still so expensive that we had to include it on our list. If you’re familiar with the Burj Al Arab hotel, then you know that it’s one of the most expensive hotels in the world. So naturally a drink from their bar is also pricey. The drink is so expensive because the scotch used is from a rare batch that Macallan has aged for 55 years. Only 420 bottles from this reserve have been released, and the Burj Al Arab has one.

The Vegas’s Ono Cocktail is a very unique drink that the Encore Wynn in Las Vegas serves up. Like the other cocktails on our list, it is the ingredients that make it so expensive. Their version of the drink is made with rare Charles Heidsieck Champagne from 1981, orange juice, apricots, and rose nectar from Sence. Oh and I forgot, they also add some Louis XIII Black Pearl cognac to the mix. A bottle of that cognac can easily go for $90,000 dollars.

At $14,500 dollars, the “Diamond is Forever” martini that’s offered at the Ritz-Carlton Tokyo is one of the most expensive cocktails in the world. I think you can probably guess as to why that is. The drink is a pretty standard vodka martini that’s made with Grey Goose and lime juice. But then they also add a one-carat diamond that is internally flawless. If you wanted to impress a date, this would be the drink to do so.