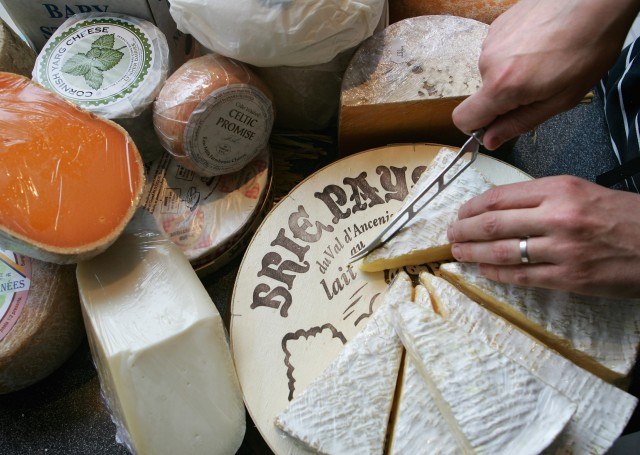 If there is one type of food (besides chocolate) that is universally loved, it would easily be cheese. The earliest historical record of cheese production can be traced back to around 5,500 B.C., and most historians agree that the art of cheese making is even older than that. By the times the Romans came around, cheese production was a respectable business. Now we find cheese consumed and produced by nearly every country and it can be found in almost all types of cuisine. Since its made from animal milk, you can make a wide range of different cheeses. While there are plenty of “normal” cheeses out there, cheese can easily become a luxury dish. It comes in all different types and flavors, and it often can get quite expensive. But just how expensive can this beloved food actually get? Let’s take a look at five of the most expensive and desirable cheeses on the planet, and you’ll be surprised as to how much they can cost.

Extra Old Bitto is a type of cheese that is produced in the Valtelline valley in the Lombardy region of Italy. It’s made from whole cow’s milk that come from the cows that live in this region, but specifically the milk that they produce in the summer months. Then a small percentage of goats milk is added to the mix. The cheese is then left to age for at least 10 years before it can be sold. Back in 1997, a Chinese importer purchased a block and paid around $150 dollars per pound.

At $200 dollars per pound, the Wyke Farms’ Vintage Cheddar is certainly a luxury dish. Cheddar is usually one of the more affordable forms of cheese, but this particular cheddar is quite special. From the United Kingdom, Wyke Farms can trace their cheddar recipe back to 1861. So why is it so expensive? Well they add real gold leaf flakes and white truffles to the cheese. You know you’re living the life when you can actually afford to eat gold.

Also from the United Kingdom, White Stilton Gold is another extremely luxurious and expensive cheese. It’s a crumbly, semi-soft cheese made from cows milk that’s sourced from either Derbyshire, Leicestershire, or Nottinghamshire. While it’s usually not that expensive, the people over at Long Clawson Dairy have added a few “extra” ingredients. As the name implies, this cheese is made from both gold flakes and gold liqueur, and those ingredients obviously raise the price substantially.

While the moose is found throughout North America and Eurasia, it’s not really consumed by humans. However one specific dairy farm in Sweden, Moose House, uses moose milk to make cheese. Apparently their cheese comes from just three domesticated moose, and they are the only place that makes it. It has a very unique taste and it’s also quite expensive.

One of the most expensive cheeses in the entire world is Pule, and it comes from the milk of a very unlikely candidate: the donkey. But not just any donkeys are used to make this cheese. Pule is made specifically from Balkan donkeys that live in Serbia. Apparently there are only around 100 donkeys in this area that are used to make this cheese, so the production is very limited. It’s also very difficult to make. Farmers need around 7 gallons of milk to yield just 2.2 pounds of cheese, and donkeys don’t produce a lot of milk. The cheese is then aged and smoked to give it its unique flavor. Since it’s so rare, from a very specific breed of animal, and hard to make, it’s one of the most expensive cheeses that you can eat.