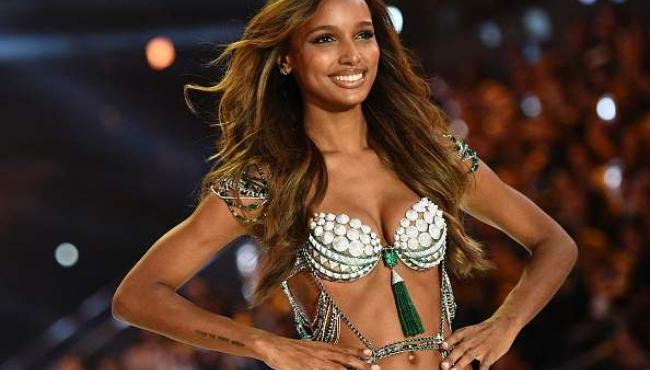 Victoria’s Secret sponsored a fashion show that still has tongues wagging. The star of the show was hands down the three million dollar fantasy bra. For many, owning such a high end piece of lingerie wold be just that, a fantasy thanks to the price tag that places it firmly out of the reach of many, but leaves a longing for a chance to simply try one on. What makes this amazing creation so special that it fetches such a high price tag? We’re going to take a closer look at the new bra which was revealed at the 2016 Victoria’s Secret Fashion Show.

Jasmine Tookes was selected to model the specially designed bra. She is a 25 year old member of the Victoria’s Secret Angels who officially joined the team last year. Imagine how thrilled she must have been to be chosen to display this amazing work of art. The fantasy bra is among the most coveted items to be shown at the gala event and we’re certain that every model dreamed of being the chosen one. Tookes did a fantastic job of walking as she skillfully displayed the Fantasy Bra at the show.

A close look at the Fantasy Bra

When we think of lingerie in general the most common image conjured is a design that features cloth, elastic, adjusters and fasteners. Some come with a few cute adornments or special stitching to add eye appeal. This is not even close to describing the Bright Night Fantasy Bra. In learning more about its’ construction and the materials used in its creation we begin to have a better idea of why it is valued so highly. The collaboration of designer Eddie Borgo and Aziz & Walid Mouzannar jewelers is a good place to start. World class artistry along with the finest in precious gems come together to lay a firm foundation that establishes high end value. The creation of this bra was a labor intensive project that used only the most valuable gems along with precision workmanship.

Notice the intricate work that went into following the complex design of the one of a kind Bright Night Fantasy Bra. It features the inset of jewels with careful attention paid to each detail that affects precision in fit for the model wearing it. Yes, it was customized to fit Ms. Tookes body contours to perfection. The creation of this bra took seven hundred hours of labor from beginning to completion. Well worth the effort is our assessment of the project. The Fantasy Bra is one of the most magnificent that we’ve seen to date.

Jasmine Tookes’ role in the initial stages of development

Our Angelic model was not exempted from the hard work that went into the creation of the Fantasy Bra. It had to be made to fit her body to perfection so she agreed to sit in on the fittings. Although we don’t know if she was prepared for what this really meant, she cooperated through the process. Tookes was subjected to a three hour preparatory session at which time her body was covered with plaster to create the mold for the Fantasy Bra. This was a vital step to ensure that the finished product hugged every curve and contour perfectly for the best possible fit.

The bra was created with nine thousand precious gems. This includes diamonds and emeralds in an elaborate and blingy yet tasteful display with perfect arrangements. We see amazing symmetry achieved through the use of complementary arrangements according to gem size in the arrangement. The estimated total carat weight for this one of a kind garment is four hundred and fifty carats.

Just a glimpse of the bra is proof that it is amazing as a stand alone garment, but this wasn’t enough for the brilliant designer who took it one step further. Borgo knew that he had achieved a masterpiece and decided to embellish it even more thoroughly. The addition of the skirt attachment, we must admit is a nice touch that adds a mysterious and luxurious effect to the pricey underwear. The delicate skirt creates a beautifully complementary finish with a perfect relationship. Once you’ve seen them worn together, it is difficult to imagine wearing one without the other. We’re talking about maximum glam,glitz and bling, yet tastefully done.

During the Victoria’s Secret Fashion Show for 2016, security around the Fantasy Bra was high and on alert. Tookes revealed in an interview with CBS News that she couldn’t step even just two feet away without the security guard asking her where she was going. This was however; a small price to pay for the privilege of wearing what we believe is the most expensive bra in the world. Tookes is a professional, but we can only imagine the intense pressure that she must have felt prior to her trip down the runway.

The Bright Night Fantasy Bra, also referred to as simply, the Fantasy Bra was an unexpected and pleasant surprise for those who viewed the 2016 Victoria’s Secret Fashion Show. The event was taped in Paris and was considered to be a massive success, with the bra stealing the show. The revelation of the details that surround the making of this fabulous garment along with the materials used in its creation helps us to have a better understanding of why it is valued at around three million dollars.

Sheer beauty and elegance for those who enjoy the finer things in life is what the creation has to offer. The name was well chosen as it stands for the lofty dreams that so many must now have after discovering its existence. Wearing the fantasy bra must have been a major elation for young Jasmine and it’s a great way to kick of her career which has just recently begun. She made some intense waves in the fashion world by wearing the custom made Fantasy Bra and showing it so very well.