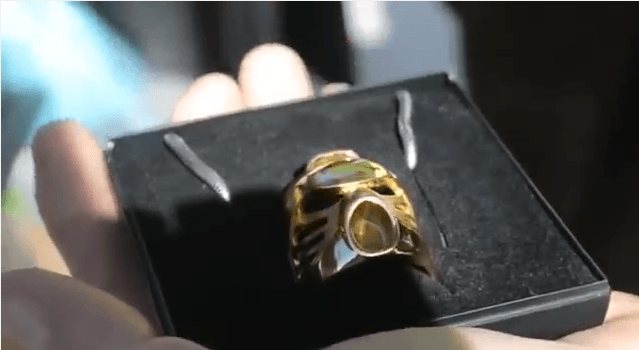 The most expensive Lego piece ever sold wasn’t bought at an auction. The transaction didn’t take place in a super luxurious or rare collectible shop either. In fact, the most expensive Lego piece ever sold was purchased in a deal that resembled a teenager buying a magazine from his buddy in a back alley.  OK, may that’s not the best analogy, but still it was unique and an entertaining story.

According to reports, Andre Hurley, 20, met Caleb Raff at a gas station in Battle Mountain, Nevada, a small town halfway between Santa Rosa, California and Roosevelt, Utah. Hurley arrived with a black bank bag that contained $15,000 cash. Raff, a Lego store owner, arrived with a one-of-a-kind Lego piece made of gold that weighed exactly three troy ounces. The Platinum Avohkii Mask of Light from Lego’s discontinued Bionicle line was exchanged for the $15,000 in cash, and history was made by the new owner, Andre Hurley.

The transaction took 8 months to build and lasted only minutes. According to reports, Raff purchased the rare mask, which is one of five, for $3,000 several years ago. Hurley said,

“I’m ecstatic. It’s perfect,” he said. “I view it as an investment, but I also view it as my childhood dream come true.” 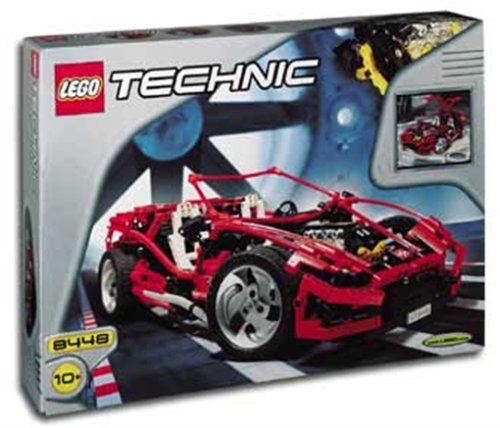 Lego 8448 Superstreet Sensation (Out of Production)

This Lego set is for ages 10+ and requires attention to detail. The high price tag is currently being driven by the fact that it’s out of production. If multiple sets where to hit the open market, the price would plummet. Until then, you’ll have to choose between investing your money into a car you can actually drive or a Lego set that will likely sit on a shelf. 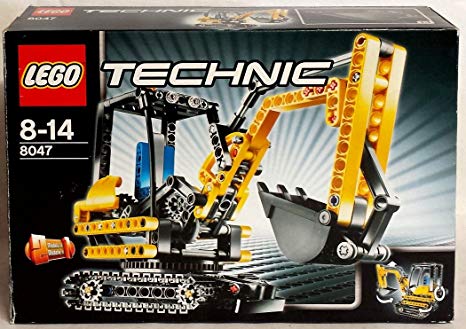 Technic seems to have cornered the market for overvalued Lego sets.

Why buy a real excavator off of Ebay for $10,000 when you can buy the Lego version for just over $15,000? The upside is that you don’t have to pay for fuel, and you also don’t have to worry about accidentally hitting a gas line while digging. The down side is there’s no possible explanation for this purchase that will fly with your significant other. 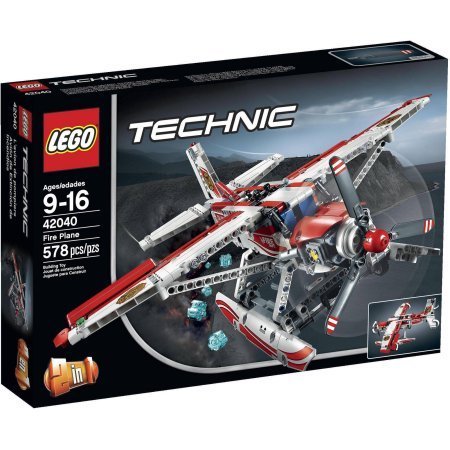 What’s cool about this Lego set? It has 2-cylinder engine Joystick-controlled elevators and ailerons, large pontoons 3-blade propeller and engine pistons, springs to life as you maneuver the mighty aircraft into takeoff position Cool water drop function to release the water cubes, and has a striking red and white color scheme. Take the selection of cool stickers to rebuild the Fire Plane into a high-speed Jet Plane. Talk about a bargain? All this for just shy of $8,500. With 578 pieces, you are paying $14.70 per Lego piece!

Now onto the moment you’ve been waiting for, the video of the most expensive Lego piece being sold… 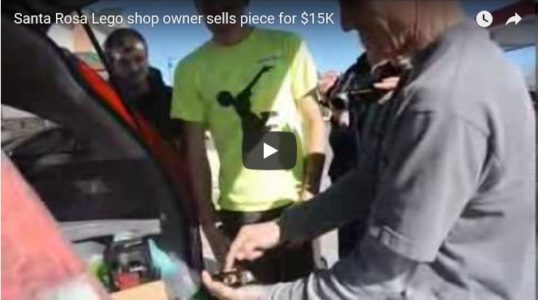 The mask’s current value is $7,000, so we’re not ecstatic about that return on investment, but then again you can’t put a price on the amount of joy Hurley will receive from owning the Lego piece and telling this story to anyone who will listen. Who knows, maybe someday he’ll flip this piece to a Worthly reader for a cool $50,000? In cash of course.