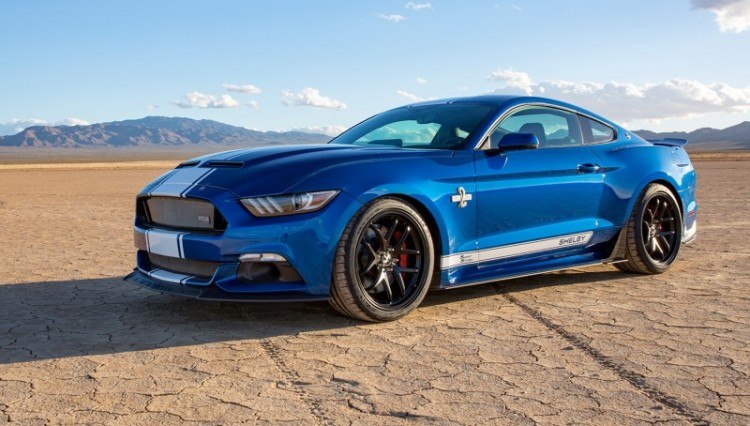 We have a pleasant surprise for Shelby fans. The Ford automaker is revisiting the glory of the Shelby with the Shelby American’s 50th Anniversary Super Snake to commemorate fifty years since the first model was introduced to the public. The last time that we saw a Super Snake hit the market was in 2007. It was a tremendous success which is fueling the current frenzy over the new updated version that will step up and take its place among the top performers offered by the manufacturer. Here are the details that will let you know what you can expect from the new commemorative Super Snake. It brings a sense of nostalgia for dyed in the wool Shelby lovers who got their first taste of what it was like to handle the first or second editions. I won’t be quite the same because of the innovations and advances that have taken place in automotive technology over the past five decades, but it will be close.

A glimpse of what the new Snake will be capable of can be seen in the 2007 model that reached a top speed of 170 mph. It was recently sold at auction for a cool 1.3 million dollars in 2013. It was built under the inspiration of a Mustang GT as the foundation. The new 2017 will offer the choice of a automatic or manual tranny Ford 5 liter V8 that is enhanced with forced induction with 670 hp with the option for adding superchargers by Kenne Bell or Whipple, if you want to increase the hp to 750. It will do zero to sixty in 3.5 seconds. The Snake comes delivered with stock Michelin tires which are street rated for optimal performance. One thing is for certain, whether you plan to use it to take grandma to church on Sunday mornings or tear up the freeway on a long road trip, the Super Snake can accommodate you regardless of your mission. I has the power to move with a great command of the road which is placed comfortably at your fingertips. You will harness the power and decide when to unleash it.

Just as important for some enthusiasts, the looks of this vehicle are going to be fast, sporty and a little on the fiercely competitive side. The makers saw no reason to disguise the true intent of this fine machine. The new Super Snake will no doubt be lighter than its predecessors because of a few tweaks in design and new materials, which will only add to its classification as a high performance vehicle that is up to any task. It’s covered with a new skin after shedding the 2007 for a brand new season. We’re seeing a redesign of the tail panel, fog lights, grilles, splitters, rockers, spoilers and the rear diffuser. The car will be fully badged and detailed with the inclusion of a signed plaque just under the hood complements of the build team. Who wouldn’t want to take responsibility for this gem? There will be a lot for the designers and builders to be proud of in the 2017 Super Snake.

Let’s not forget to mention that the set of dampers which are the exclusive Shelby spec, the upgraded springs, and sway bars are also pieces that are available for the total customization package. If you’re really into a two seater then the back seats can be removed for the ultimate in sportiness. Leather seats are also available upon customer request. It’s not going to be difficult to make the new anniversary edition your own so there will be few like it in your neighborhood if any at all. 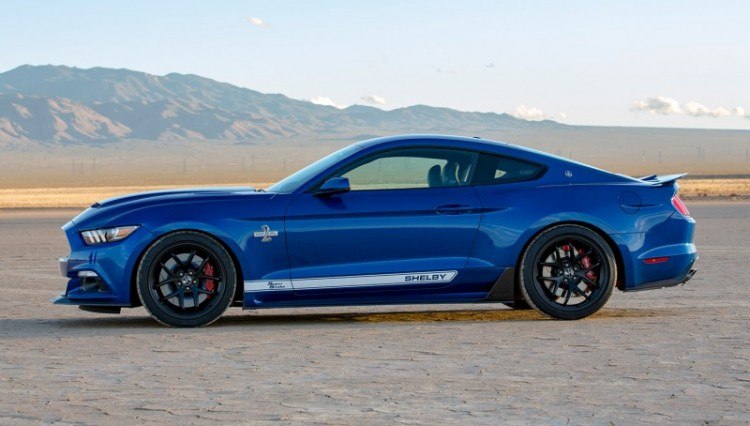 High value as a collectible

Nevermind the fact that this sweet ride is a special fiftieth anniversary edition. The Shelby Super Snake is going to be manufactured in a limited quantity which makes it a real collector’s item. The manufacturer has limited the number in this production series to just five hundred. If they’re all gone before you get yours there is still hope and you can fall back on an alternative plan.

If you already own a Mustang GT or can get your hands on one, then you can pick up a Super Snake package to make the transformation complete. The kit itself will sell for $36,795. Wej’re not sure what effect that this will have on the overall value of the GT with the Super Snake modification as the years go by as only time will tell.

The new Shelby Fiftieth Anniversary Edition Super Snake will have a starting price of $70,000 for the base model. You can increase the cost through customization if you like. We feel confident that there will be those who are already 2017 Mustang GT owners that will go for the Super Snake kit to enhance what they already have. There is likely to be a high demand for the new release out of the gate so obtaining a full production many not be easy. Bless the manufacturers for being so thoughtful and designing the kit for a reasonable cost.

The Ford auto makers have done it again with another example of why the company is held in such high regard. They have faithfully served the American public with vehicles that serve multiple purposes. The 2017 Super Snake is certain to be among their most highly anticipated production pieces. The limited run numbers make it even more special than a model that is easy to obtain. We’re looking for the lots to clear out of this special edition fairly quickly but owners of the 2017 Mustang GT can still get there if they really want to turn their car into a transformer of sorts. It’s a great option no matter how you look at it. We’re anxious to be on hand when the reviews of this new sports car begin to roll in from the new owners. It is our anticipation that they’ll be favorable and give us a more accurate picture of how the Super Snake handles in different situations as we’re not yet privy to those fine details.