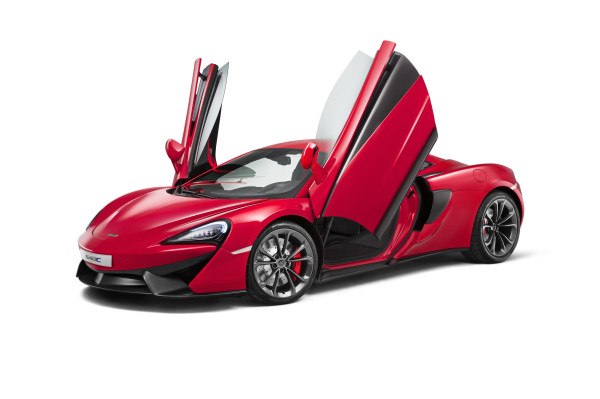 McLaren makes some of the best super cars out of anyone in the market. Their past models such as the P1 and the F1 have been monsters on the track and eye catchers in public. The company’s latest project, called the 540C, was recently revealed in China. This car is a new addition to their Sports Series with the 570S model. The 540C is the most affordable McLaren model to date and will be a great addition to their lineup. Adding this new low priced model to their collection will definitely attract tons of new customers towards the brand and help promote their entire selection of vehicles.

McLaren currently has three different types of series out; the Sports Series, Super Series and Ultimate Series. the Sports series is the least expensive and the Ultimate is the category filled with the highest valued cars. The 540C is one of two in the Sports Series along with the 570S that was revealed earlier at the New York Auto Show. The 540C has a V8 engine that pumps out a beastly 533 horsepower and can hit a max speed of 199 miles per hour. With these the car can go from zero to 62 in a mere 3.5 seconds. With a carbon fiber chassis the McLaren 540C is really a sleek and well made car that will satisfy any driver’s need to get behind the wheel of a super car.

The new McLaren 540C model looks amazing and is a great low level option for those who want to experience the company and their products. This three tier selling system seems like a smart set up that makes it easy to group their cars. The 540C is currently available for purchase at a price of $165,000, but McLaren won’t begin delivering the cars until sometime in early 2016.