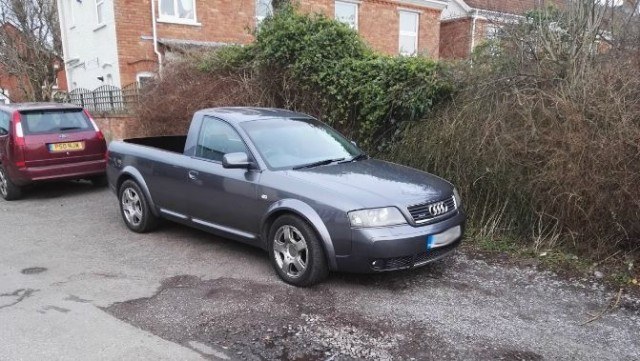 Depending on the model you get, an Audi A6 quattro will run you somewhere between $43,000 and $60,000. The Audi A6 is an executive car made which is now in its fourth generation. As the successor to the Audi 100, the A6 is manufactured in Neckarsulm, Germany and is available in saloon and wagon configurations, the latter marketed by Audi as the Avant.  All generations of the A6 have offered either front-wheel drive or Torsen-based four-wheel drive – marketed by Audi as their quattro system. Second- and third- generation A6 models have shared their platform with the company’s Allroad models.

But if there’s one thing you may have never seen, it’s an Audi A6 Quattro pick up truck.  Why?  Because that model hasn’t and never will exist…..until now.  A Reddit user spotted this car in their neighborhood and decided to share pictures of the transformed luxury sports car.   So how exactly was the conversion made? 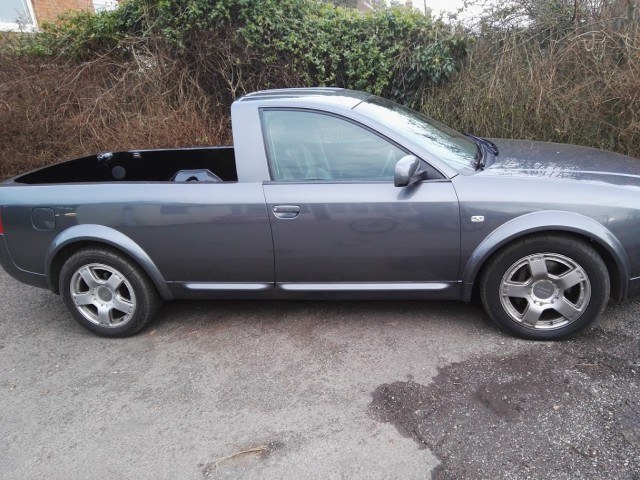 According to one of the commenters there’s an entire kit out there that can tell you how to do this.  In fact, there are kits they sell here in the US to convert 99a-05 Jettas to this same setup.  Back in 2013 car site Jalopnik created an entire gallery of cars that were converted to pick up trucks just to show you there there are more of these than you think.   The question is why would someone ever do such a thing to their car?  In most cases the answer is “because they can.”   However, many country dwellers find that a pickup truck is nearly indispensable for performing a multitude of farm tasks … from hauling manure to delivering an ailing goat to the vet. 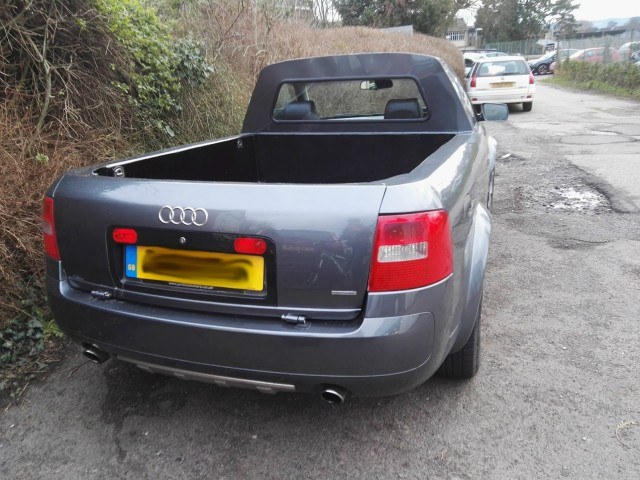 However, not every aspiring back-to-the-lander can afford to pay the steep prices that even used examples of the versatile haulers often command.   Though what makes this particular vehicle special is the fact that Quattro’s don’t run cheap.  Someone just decided they wanted to see what an Audi pick up truck would look like and frankly I think it’s gorgeous.