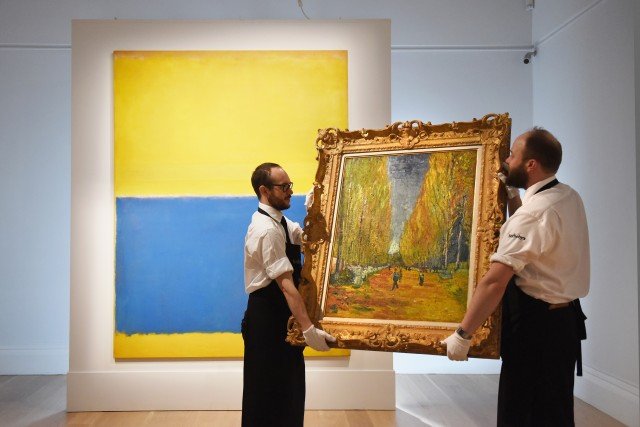 Vincent Van Gogh died poor, depressed, and his work was vastly under appreciated. He lived a challenging and tragic life as an artist whose work was plagued by mental illness and ridiculed by many during his day. No one took him seriously as his work went against the grain of art that was considered “traditional”. Today he is considered to be one of the most prolific artists of all time, and his pieces often sell for millions. Recently one particular piece of his was sold at a Sotheby’s auction in New York for the incredible price of $66.3 million dollars after an intense bidding war.

The paining is known as “Les Alyscamps” and it is a depiction of a autumn scene from somewhere in the south of France. Van Gogh worked on the painting for over two months back in 1888 when he was living in Arles, France. Originally the painting was expected to fetch some $40 million, however an anonymous art collector from Asia won the bid for a staggering $66.3 million.

It’s not unusual that we see works of art sell for these extreme prices, and given the fact that Van Gogh is consider by many to be one of the greatest who has ever lived, it’s no surprise as to why it sold for that much. While that is obviously an insane amount of money, a art piece like this one is also an investment; it will only increase in value over time.

Still as expensive as this particular one is, it isn’t the most expensive Van Gogh to have ever been sold. Back in 1990 his “Portrait of Dr. Gachet”, which is arguably his most famous piece, was sold at auction for $82.5 million. When you take into consideration for inflation, that would have cost some $148 million dollars today. Any Van Gogh is a piece that can elevate a one’s art collection from “respectable” to “priceless”. I’m sure the buyer of this piece is quite pleased with their purchase.