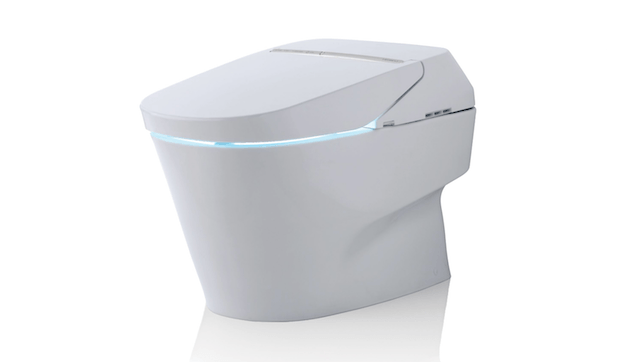 The toilet is something that we take for granted and something that people just don’t like to talk about, with good reason. But let’s put that a side for a second and take a look at a truly revolutionary product: the Neorest 750H toilet from Toto. Some countries do toilets better, and one of those countries would be Japan. Toto is not only a major Japanese company, but probably the industry leader when it comes to toilets, and they are very particular about their toilets in Japan. While Toto does produce a range of different toilets, the $10,200 dollar Neorest 750H is probably the most luxurious toilet in the world.

Now you may be wondering why a toilet costs over $10,000 dollars, and I thought the same thing. While the Neorest 750H isn’t made from gold or anything like that, it is equipped with pretty much all technologies and features that the toilet industry has to offer. To name just a few features this toilet posses: the lid automatically opens or closes as it detects when people want to use it, the way it flushes the toilet is powerful yet it doesn’t waste excess water, the seat is heated for comfort, it can clean your rear itself, and it even features a noise production system when you need some extra privacy. But most importantly, this Toto toilet will even clean itself. Essentially all you have to do is just sit on it and use it, it handles everything else on its own.

Toto has more or less created a smart-toilet, as that is exactly what the Neorest 750H is. Do you need a toilet that plays music, flushes itself, and even cleans itself? No, of course not. But is it really cool and arguably the most luxurious toilet out there? You betcha. I mean for $10,2000 dollars, it better be pretty nice. For more visit Toto’s website: TotoUSA.com