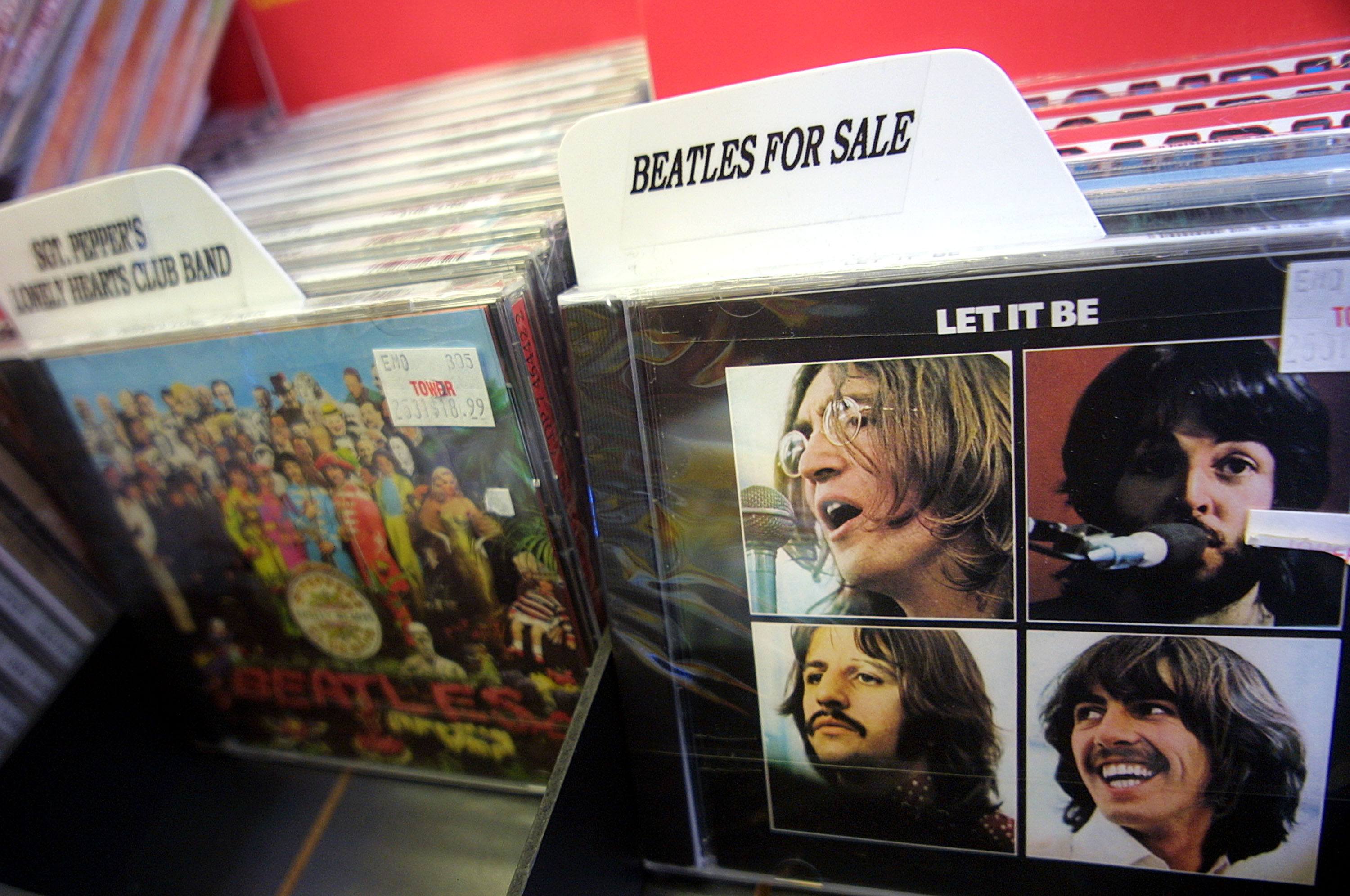 The Beatles are a band often regarded as the best rock band that had ever existed, if not the best band of all time. Their music is known throughout the world to people of all different age groups. Comprised of four men from Liverpool, England who started playing some pop music in small clubs, this band would go on to be on of the most influential bands and musical groups in the history of music. Contemporary artists of all different genres often cite The Beatles as a major influence to their music. Theres a pretty good chance that if you have paid any bit of attention to music or pop culture that you probably have heard one of their songs.

The band is comprised of Ringo Star, George Harrison, John Lennon, and Paul McCartney and formed in 1960 in Liverpool.  The began playing 1950’s influenced rock and roll and pop music in small clubs in England and Germany, where they were quite unknown for some time. The would continue to play in relative obscurity for three years before releasing their debut album Please Please Me. The album was perfect for the radio as no song was over three minutes in length. The singles “Love Me Do”, “Please Please Me”, and “P.S. I Love You” were great hits. The album was a success and launched the band into popularity, and inevitably they would become arguably the best band of all time. Given how prominent The Beatles were, we are going to take a look at their highest selling albums of all time.

Also known as ‘The Blue Album”, 1967-1970 is actually a compilation record of the “best” songs from those years. These three years are the final three years that The Beatles were a band and features more of their musically complex, genre-bending songs unlike their early pop albums. The album was released in 1973 and immediately peaked at the number one spot on the American Billboard chart and on number two on the British Album chart. The album ran 99 minutes in length and was complied by the bands manager, Allen Klien. The album was put out under Apple Records, which was the label that the Beatles started themselves. This album features some of the bands most iconic songs ever made like “Lucy in the Sky with Diamonds”, “Hey Jude”, “Across the Universe”, and much more.

The next album on our list is the ninth album released from The Beatles, which is their self-titled record. This album is also referred to as “The White Album”. The album was recored from May to October in 1968 in EMI and Trident Studios in London and was released on November 22nd of that year. Spanning over an hour and a half, this double album was produced by George Martin and featured the hits such as “Back in the U.S.S.R.”, “Dear Prudence”, and “Black Bird”. The album peaked at the number one spot in Australia, The U.K., The United States, Norway, Sweden, Canada, and West Germany.

Like many bands in the 1960’s, The Beatles experimented with drugs and this was extremely evident in their eight studio album, Sgt. Pepper’s Lonely Hearts Club Band. This album marked a change of sound for The Beatles and was much more psychedelic in nature while featuring elements of art rock. The album was a huge success and won four Grammy Awards including the album of the year award in 1966. It was also the first rock album to win that award. The album is often regarded as some of the bands best work and features the songs “Lucy in the Sky with Diamonds” and “With a Little Help from My Friends”. The album was a hallmark when it was released and is meant to be viewed as a conceptual album. The Beatles also included orchestral instruments and Indian folk instruments, as they experimented more with their sound.

1 is another compilation from The Beatles and it was released in 2000. The album was released on the bands 30th anniversary of their breakup and featured remastered tracks from 1962 to 1970. It features a bunch of hits including “Love Me Do”, “I Want to Hold Your Hand”, “Eight Days a Week”, “Help!”, “Yesterday”, “Yellow Submarine”, “Let it Be”, and much more. It pretty much has nearly all of their best songs.

Coming in at the number one position is Abbey Road. Released in 1969, this was The Beatles eleventh album that they released. Like all of their albums, it was a huge success and it appeared that the band could do no wrong. Songs such as “Come Together”, “Here Comes the Sun”, and “Octopus’s Garden” are featured on this album. Again we see George Martin produce this album, along with most of their other albums.