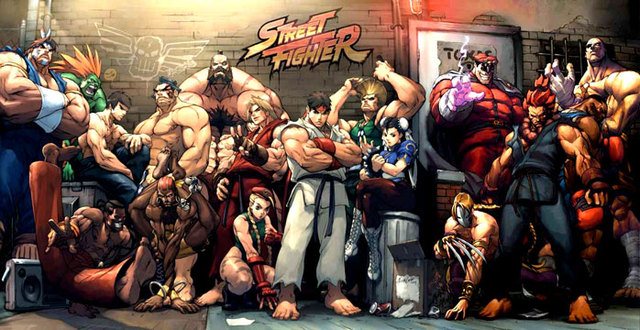 Capcom is one of the most prestigious video game publishers of all time, and remains one of the biggest names in the industry today. With series like Street Fighter, Mega Man and Resident Evil, they’ve created hugely iconic franchises full of fun and undiscovered facts. I’ve gone through and hunted down some interesting Capcom facts, about both the company and their famous series. Check them out below.

1. Capcom’s famed Mega Man series didn’t always feature a hero named “Mega Man.” It may be well known that Mega Man is known as “Rockman” in Japan, but he went through a few different name phases besides that. Mega Man was almost Battle Kid, Mighty Kid, Knuckle Kid and once, in a 1987 issue of Famitsu, the game was called “The Battle Rainbow Rockman.” It’s a real shame that we missed out on that one, which was given because Mega Man changed his colors based on his various powers.

2. In Mega Man, the two doctors, Dr. Light and Dr. Wily have full names that speak to their inspiration. Their actual names are Dr. Thomas Light and Dr. Albert Wily, and you may be able to guess who inspired them, Thomas Edison and Albert Einstein, which is also obvious in their character design. The idea about Wily is that Japan still resented Einstein for his role in building the atomic bomb, which made it apparent why he would want to spread destruction around the world.

3. In Capcom’s Street Fighter, Ryu famous uttered the line “You must defeat Sheng Long to stand a chance.” This then spawned rumors that a secret character named Sheng Long existed in the game, hiding and waiting to be defeated. It turns out that the line was actually a translation error, and Ryu was supposed to say “you must be able to withstand my dragon punch before you have a chance against me,” which makes a lot more sense, though it isn’t quite as interesting or mysterious.

4. Capcom invented the concept of the “combo” by accident in Street Fighter. Originally, each move was supposed to have a counter, and the game was meant to be a kind of rock, paper, scissors style of fighting where one thing beat another. But developers found out that players could get around this by stringing moves together in a “combo.” They originally believed that the concept would be too complex for the average player to handle, and they ended up being wrong.

5, Capcom had to do a lot of name swapping when it came to Street Fighter characters. Originally Balrog was named M. Bison, Bison was Vega, and Vega was Balrog. The reason being was that originally the boxer was meant to be a direct parody of Mike Tyson (M. Bison), but the name was changed to avoid potential legal problems in the US. This then involved Capcom shuffling the rest of the names around in order to make sure they matched up. They stuck to this day.

6. Capcom originally had a different name in mind for Resident Evil. The game was originally called “Biohazard,” but it had to be changed due to legal troubles in the US. The common notion is that a New York ’80s punk band named BioHazard was responsible for the complaint, and as a result, Capcom had an internal contest to rename the game. In the end it was “Resident Evil” that won out, and the name has become iconic in video game history.

7. The Resident Evil movies are considered some of the “best” video game movie adaptations, albeit the bar is set pretty low. They could have been even better however, as at one point, famed zombie director George A. Romero was writing a Resident Evil film for Capcom. His script was similar to the game, only he made Chris and Jill romantically involved, and Chris wasn’t a STARS agent. The film didn’t come to pass, but eventually Romero did make Japanese commercial for Resident Evil 2.