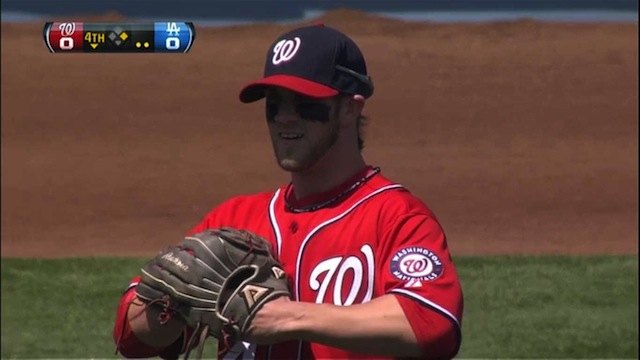 Being a pro baseball is tough work. Not only does it require some incredible hand-eye coordination when at the plate, but it takes a special kind of guy to deal with the grueling, 162-game schedule that lasts from February until, hopefully, late-October. And while I can appreciate the talents of the guys I’m listing here, that doesn’t mean that they aren’t a bit overrated as we get closer to another Spring Training. These guys have had productive seasons in the past and, heck, might even be in the argument for the Hall of Fame one day. But, at their current state, they aren’t anything more than guys who are either overpaid, over-the-hill and still carry weight because of their name, or a young star who hasn’t proven himself. These are the most overrated MLB players heading into the 2015 season. 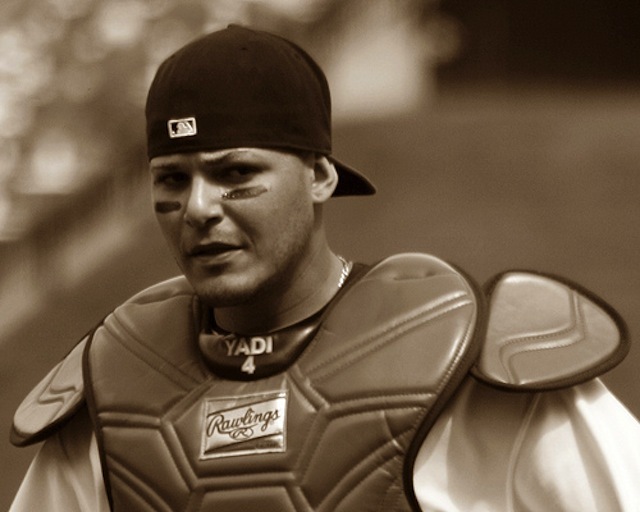 He might have two World Series rings and is considered as one of the biggest leaders in the game, but, for anyone looking for a big name with little production, Yadier Molina is your guy. With decreasing offensive numbers over the past couple of years, he may be an All-Star, but I wouldn’t expect big numbers individually from him—which has been his M.O. pretty much his whole career. 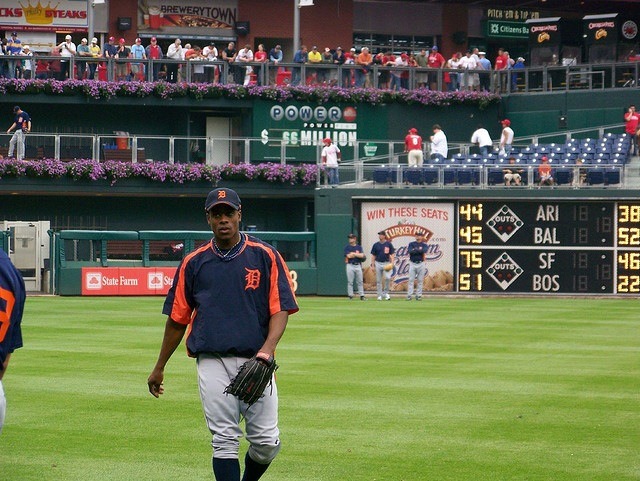 In his first year with the New York Mets in 2014, outfielder Curtis Granderson didn’t have a dreadful year—hitting 20 homers—but, for the amount of money he gets paid, he didn’t exactly live up to it, either. Batting just .227, Granderson has shown that he’s not as valuable as he once was. 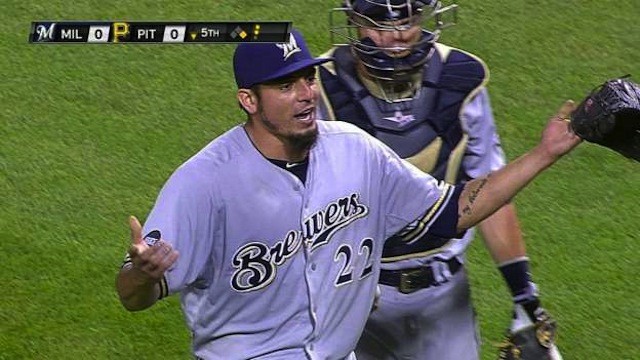 For a guy with a .500 career record and an ERA close to 4.00, it’s hard to see why Matt Garza is so coveted by teams. Sure, he has skill and has shown to be a good No. 3 starter, but, making $12.5 million this year, he’s slightly overpaid. The Milwaukee Brewers are one of those teams that could surprise this season, but it’s going to take a breakout performance from Garza—and I don’t think he has it in him to deliver. 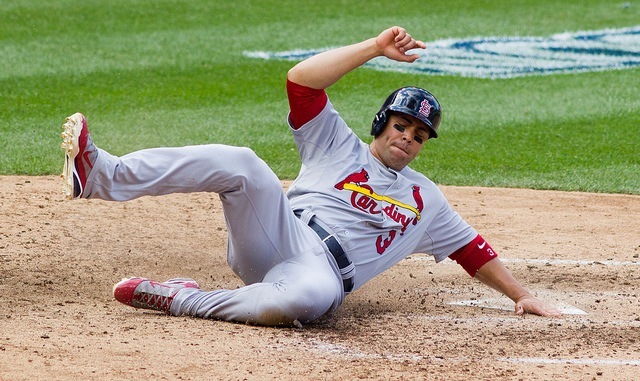 A possible Hall of Fame candidate when he finally calls it quits, Carlos Beltran has had a tremendous career. Key word: had. Beltran’s 37 years old and isn’t the player that he was even a couple of seasons ago. While he can still provide some pop in the New York Yankees lineup, he shouldn’t be expected to help carry the Bronx Bombers back to a postseason berth this season. 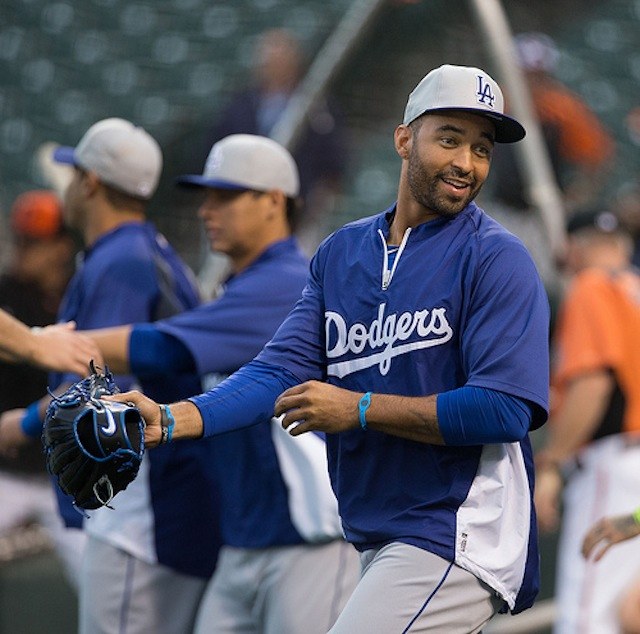 To put it bluntly, superstars do not get traded. While newly-acquired San Diego Padres outfielder Matt Kemp did turn things around offensively in 2014, he still isn’t the same guy many think he had become after finishing runner-up in the NL MVP a few years ago. With him heading to a more pitcher-friendly ballpark in San Diego, expect Kemp’s numbers to drop. And with a salary of over $20 million this year, he’ll show he’s not worth it. 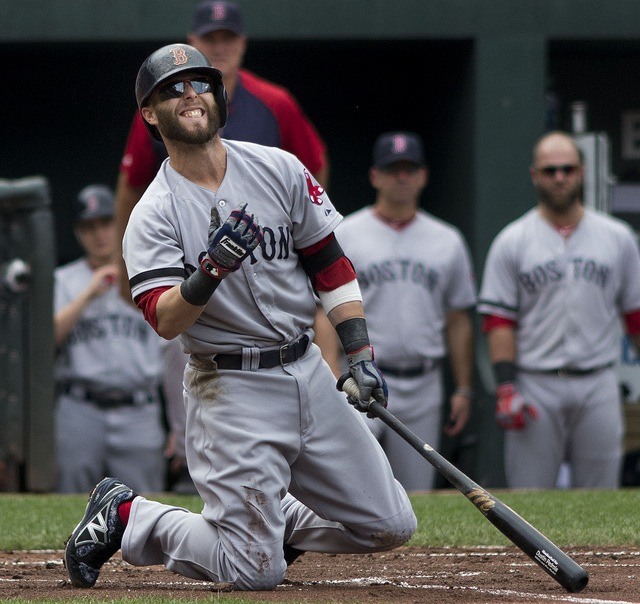 A former AL MVP, Dustin Pedroia might be gritty and willing to do whatever it takes to win, but he’s not an elite player any longer. A big name thanks to his prior success and leadership, Pedroia isn’t much of a threat to go deep at the plate or, when on base, do much on the base paths. He’s a guy any team would be lucky to have in their clubhouse for his intensity and experience, but he’s also one of the most overrated players in the game. 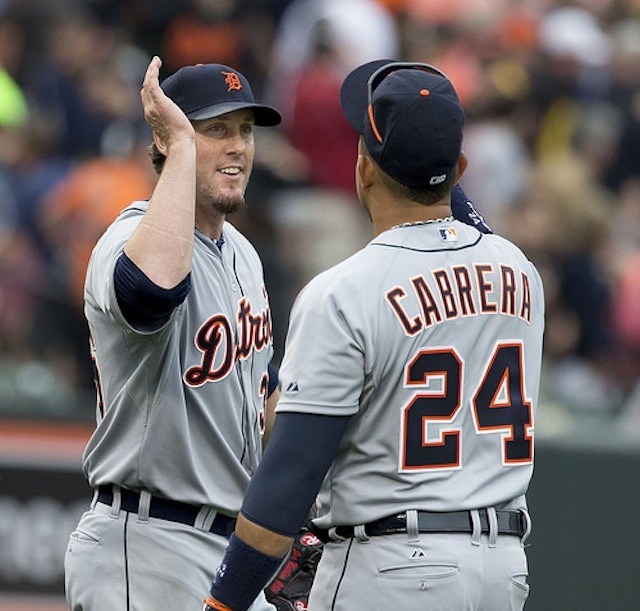 Maybe it’s just me, but closers are a bit overvalued, don’t you think? While Joe Nathan has proven to be one of the more consistent ones in the majors over the course of his career, he had an atrocious 2014, with an inflated ERA of 4.81 and converting on 35 of his 42 save opportunities. That’s not great for a team with World Series aspirations. 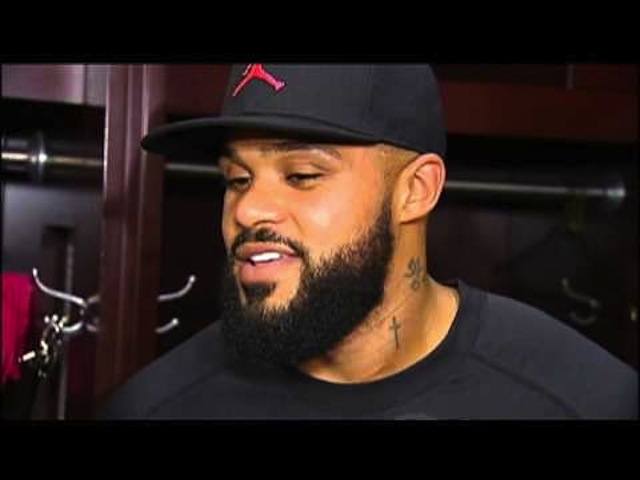 A slugger who has been to the All-Star Game several times throughout his career, the value for Prince Fielder has always been a bit higher than what he was probably worth. Playing just 42 games due to injury in 2014, he showed near no power at all, belting just three homers and driving in 16. While that’s just a small sample size on a new team, the Texas Rangers, when projected over a full season, it’s just 10 home runs and 60 RBI, so I would wait to see how his first month goes to prove if he’s back. 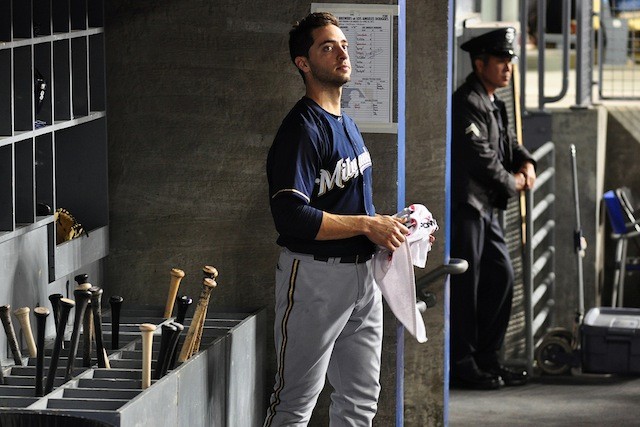 A former MVP like a few others on this list, Ryan Braun’s name carries more weight than other players, but his production doesn’t. After being suspended for half the year in 2013 for PEDs, he returned in 2014 to have a down season in which he hit just 19 homers and batted .266—both career lows. He may have been a slugger when he was juicing, but Braun isn’t the same player without it. 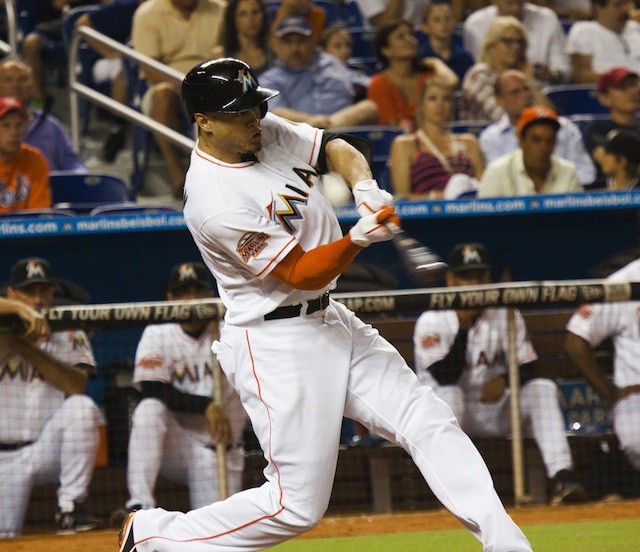 It’s hard to knock a guy who has hit 154 home runs in his first five, big-league seasons, but, for a few reasons, I’m going to do that to Miami Marlins outfielder Giancarlo Stanton. An absolute stud at the plate, Stanton inked the largest contract in sports history in the offseason, which is the first concern in being overrated in 2015. Will the pressure to live up to the money get to him? Lastly, he’s coming off of a serious injury after taking a pitch to the face. How will he recover and how fast will it take? There’s no doubting his skills, but there’s a definite concern until he shows he’s the same player he has always been. 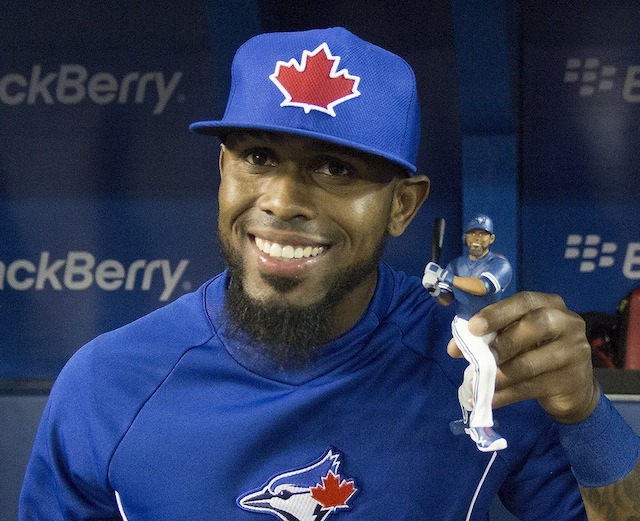 Forget the decrease in production and focus on the salary for 2015—$22 million. Yes, Jose Reyes of the Toronto Blue Jays has been a speedster and exciting player over the course of his career, but not lately. He doesn’t put up great on-base numbers for a leadoff hitter and he isn’t the threat as he used to be while he does get on base. For those reasons, his value has certainly dropped. 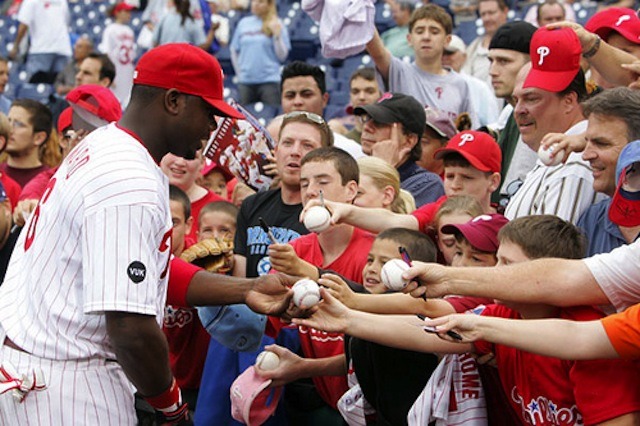 Already 35 years old, the career of Philadelphia Phillies first baseman Ryan Howard seems to have just flown by. After hitting at least 45 home runs in four-straight seasons between 2006-09, the lefty slugger hasn’t done anything near to that since. With just 23 round-trippers in 2014, his batting average sat at .223 and he led the league in strikeouts. Those aren’t any indications that things will get better for him, are they? 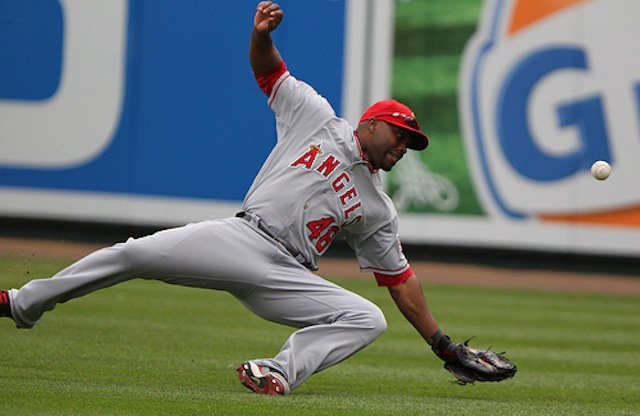 Re-signing with his original team, the Minnesota Twins, for $10 million this offseason, fans shouldn’t expect to see the same Torii Hunter they did in his first go-round. Turning 40 years old during the 2015 season, Hunter might still have leadership and experience that is valuable, but I would be shocked if the five-time All-Star comes close to the 83 RBI he had with the Detroit Tigers last year, if not for anything more than lack of support in the lineup. 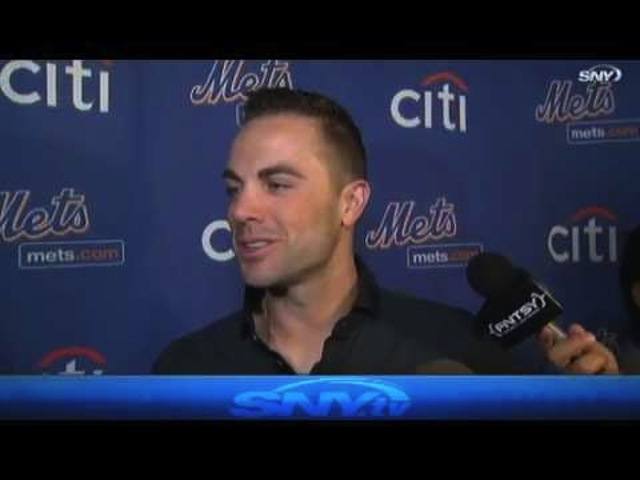 With career lows in numerous offensive categories, New York Mets third baseman David Wright had a forgettable 2014. Expected to help carry the team to Derek Jeter-like titles from the beginning of his career, Wright hasn’t done so since the Mets signed him to a long-term, big-time deal—which they’re on the hook for for the next six seasons at $107 million. At 32 years old, Wright will have to stay healthy and have some breakout years to live up to that money. 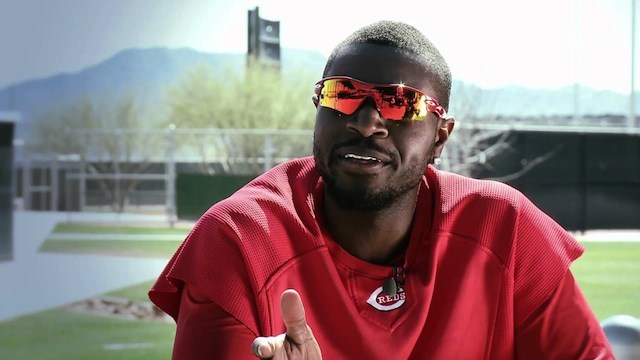 Sure, when on the top of his game, Cincinnati Reds second baseman Brandon Phillips has as much power as anyone at his position. A free-swinger who doesn’t like to take walks, Phillips has been an All-Star in the past, but has seen his stats and defensive range decline, making him a classic example of living off of his reputation than for his real production. 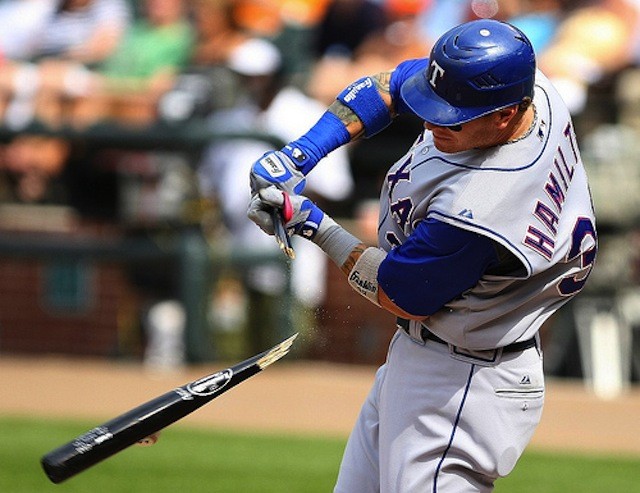 Since signing a huge deal with the L.A. Angels a couple of years ago, former AL MVP Josh Hamilton has been a shell of his former self. Expected to bring pop and offensive savvy to the team, J-Ham has belted just 31 homers in his two years with the Halos, while batting just .256 in that same period. Hamilton is already 33 years old, too, so I wouldn’t expect him to quickly turn it around. 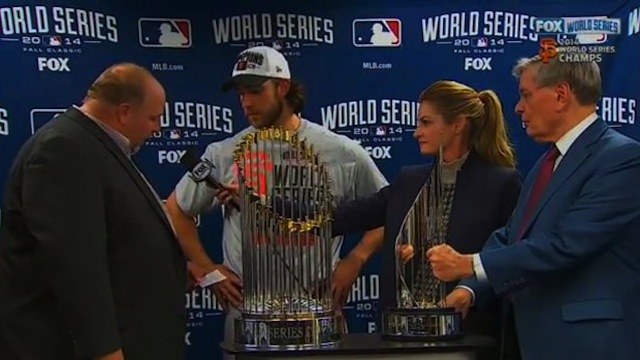 He’s the postseason hero from last season who pitched the San Francisco Giants to a World Series in 2014, but, if it’s not October, Madison Bumgarner is actually just an average pitcher. With a record of 47-30 in his past three regular seasons, Mad Bum is a solid No. 2 and potential ace, but fans shouldn’t expect him to just go all Clayton Kershaw all of a sudden. He’s very good, just not Cy Young worthy—until October. 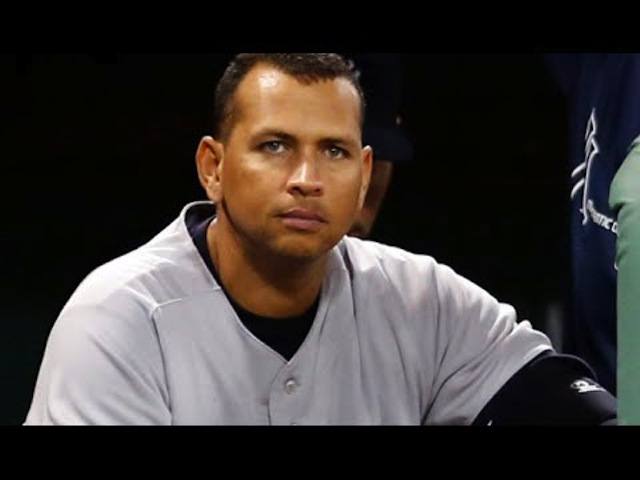 Coming back from his season-long suspension, why do some feel as if Alex Rodriguez is the savior for the New York Yankees? While his name and contract might deem him to be a superstar, a year off and decking numbers are anything but, leading me to believe he’ll have a down year, again, in 2015. That might be 20 home runs, but those aren’t what many associate with A-Rod’s name. 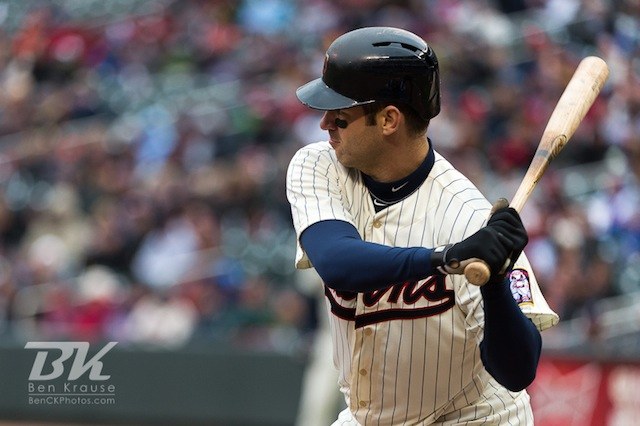 Ask anyone in the big leagues, and they’ll probably tell you that, reputation and work ethic aside, Joe Mauer of the Minnesota Twins is the most overrated player in the game. That’s not meant to be a knock on Mauer—a former MVP who has played with his hometown Twins his entire career—but, for the amount that he makes, is a fact. The guy had just four homers and 55 RBI last year, batting just .277 in the process. It was his worst season of his career and, with a Twins team that isn’t expected to compete, might happen again in 2015. 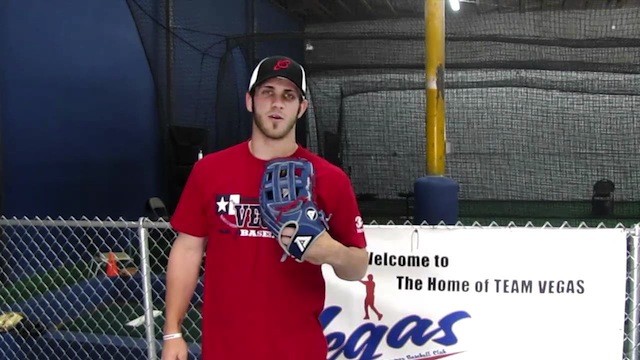 It’s hard to say that Washington Nationals outfielder Bryce Harper is overrated as he heads into another season in the big leagues—and is still just 22 years old. But, with all the hype this kid has gotten since breaking into the majors, he hasn’t put up superstar-like stats. With the pressure on him to drive in more than just 32 runs, as he did in 2014, Harper needs to prove he has the power numbers before being considered one of the game’s best.