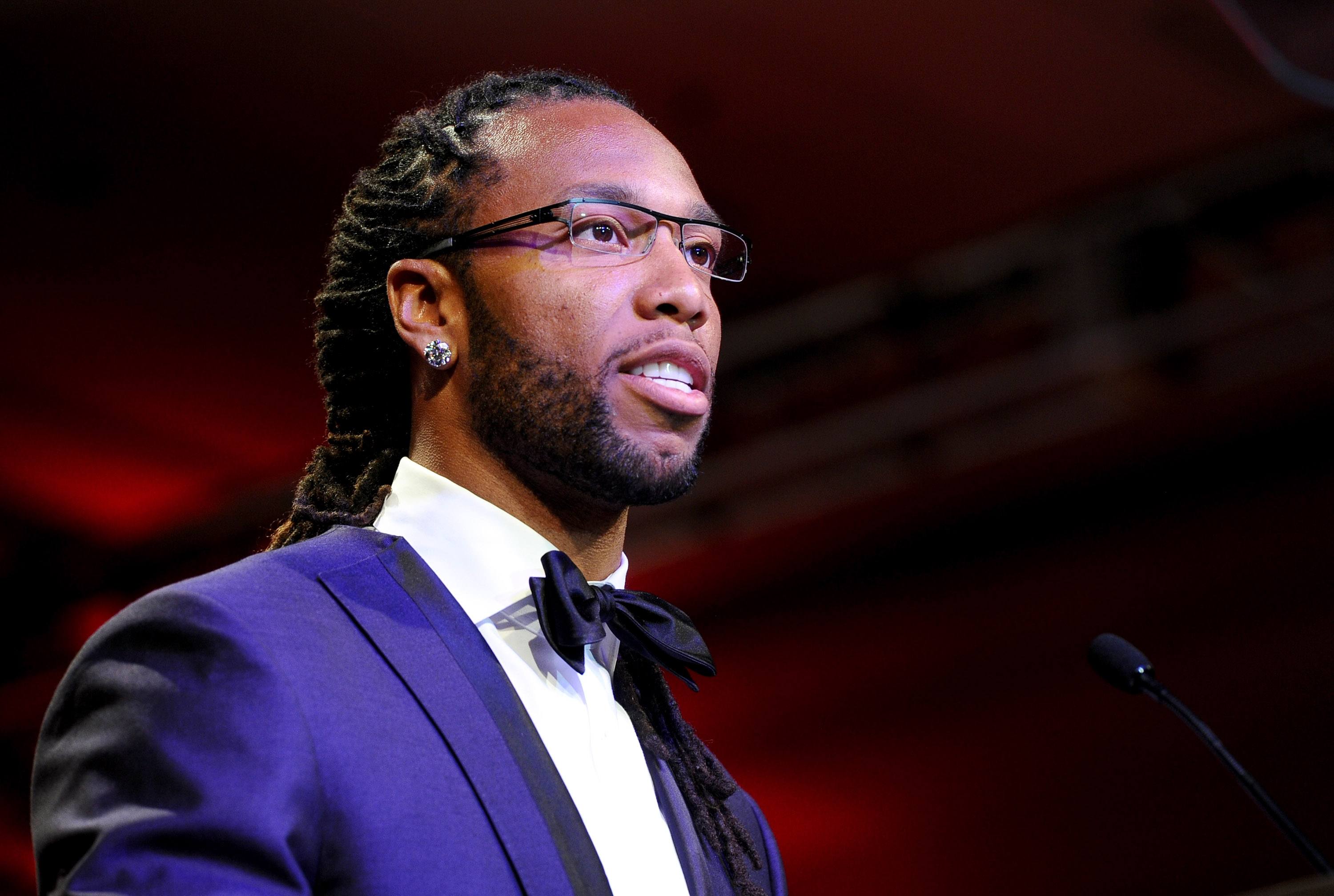 On September 1, 2014, J.J. Watt signed a six-year, $100 million contract extension with the Houston Texans, making the defensive end the highest-paid non-quarterback in the National Football League according to average salary. The contract contains just under $52 million in guarantees, setting a new record for defensive players, while $30.88 million of Watt’s extension is practically fully guaranteed at signing. In the NFL, 15 of the 20 highest-paid players in the league are quarterbacks–the top five are Aaron Rodgers, Matt Ryan, Joe Flacco, Drew Brees, and Peyton Manning–while only two of the top 20 are defensive players. Surprisingly, only seven of the 20 have at least Super Bowl ring. The following list is comprised of the top five highest-paid non-quarterbacks in the NFL, in order of average salary.

Seen by many as the greatest running back in the NFL–and possibly even one of the league’s all-time greats–it’s surprising to see Adrian Peterson entering the list at number five. A six-time Pro Bowler and 2012 MVP, Peterson was drafted by the Minnesota Vikings seventh overall in 2007 and set an NFL record for most rushing yards in a single game (296) during his rookie season. In 2010, Peterson became the fifth fastest player to run for 5,000 career rushing yards.

Selected first overall by the Houston Texans in the 2006 NFL Draft, defensive end Mario Williams spent six seasons in Houston before signing six-year deal with the Buffalo Bills. A three-time Pro Bowl selection and 2007 NFL Alumni Defensive Lineman of the Year, Williams has recorded more than 300 tackles and 76.5 sacks over the course of his eight-year career. Williams holds the Bills’ record for most most sacks in a single game (4.5) and the Texans’ record for most career sacks (53).

The second highest-paid wide receiver in the NFL, Larry Fitzgerald currently ranks fifth all-time in NFL career receiving yards per game (76.0) and became the youngest receiver in NFL history to reach 11,000 career receiving yards last season at the age of 30. Fitzgerald was drafted by the Arizona Cardinals with the third overall pick in 2004 and has spent his entire 10-year career with the team. The eight-time Pro Bowler agreed to an eight-year $120 million contract extension in 2011.

Calvin “Megatron” Johnson was selected by the Detroit Lions with the second overall pick in the 2007 NFL Draft and has spent his entire career with the franchise. On March 14, 2012, Johnson signed an eight-year, $132 million contract extension with the Lions, one of the largest sports contracts in history. That same year, the four-time Pro Bowler broke Jerry Rice’s single-season record for receiving yards–ending the season with 1,964 yards–and currently holds 13 other NFL records.

The newly highest-paid non-quarterback in the NFL, J.J. Watt, was drafted 11th overall by the Houston Texans in 2011 after two seasons at the University of Wisconsin. Watt’s sophomore NFL season was one of the greatest seasons by a defensive player in NFL history. The two-time Pro Bowler finished the 2012 season with 81 tackles, 20.5 sacks (a Texans single-season record), and 16 passes defended. The 2012 AFC Defensive Player of the Year has also made two Pro Bowl appearances.