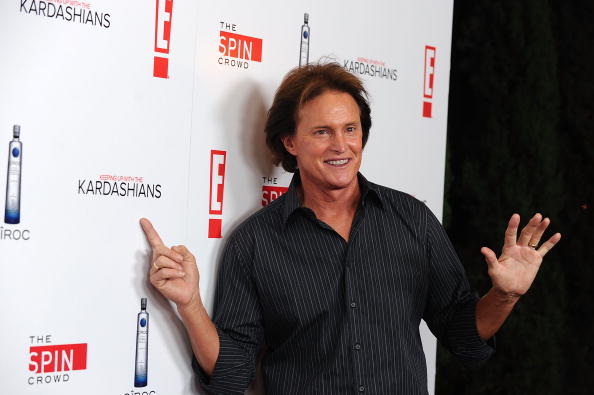 Bruce Jenner is a native New Yorker and an Olympic Gold Medalist-turned reality television star with a net worth of approximately $100 million. Jenner rose to fame in the 1970s when he became an Olympic medalist in the track and field category. He later married the former wife of the late Robert Kardashian, attorney for the defense in the O.J. Simpson trial, Kris Jenner, and became a fixture on reality television when the Kardashian’s were given their own show.

William Bruce Jenner was born in Mt. Kisco, New York on October 28, 1949. His parents, Esther and William Hugh Jenner had two other children after Jenner, Nicole and Burt. Jenner’s brother lost his life in a vehicle accident not long after Jenner won his gold medal in the 1976 Olympic games. He grew up on the East Coast, attending Newtown High School in Newtown, Connecticut for the majority of his high school career. During high school, Jenner did not run track. Instead, he played football. He went to college on a football scholarship at the school presently known as Graceland University where he injured his knee and had to bid farewell to his football career.

Not wanting to forgo sports completely, Jenner joined the decathlon. The university’s coach, L.D. Weldon, immediately saw that Jenner had serious potential and decided to encourage Jenner to continue with the decathlon. His debut was in 1970 at the Drake Relays. He placed fifth during that relay. Two years later, Jenner came in third place in the decathlon for the 1972 Olympic Trials. In the actual Olympics that summer, Jenner did not impress crowds, coming in 10th place in the Olympic decathlon in Germany.

He spent the next four years training hard, while also selling insurance as a way of making ends meet. His time training included 8 hour days on the track at San Jose City College, where a number of other future Olympic medalists would train around the same time. Jenner trained until he won the gold medal in the decathlon in the 1976 Olympic Games in Canada. At the time, he set a world record with 8,616 points, which would stay his record for four years until the next summer Olympic Games.

During the 70s, Olympians were not considered professionals, which meant that they were not legally permitted to use their celebrity to earn money. Jenner, becoming an American hero after winning the decathlon back for the Americans after the Soviets had claimed the title from the Americans in the previous Olympic Games, Jenner decided to retire from the Olympics. Athletes who cashed in on their fame were not permitted, at the time, to ever enter the Olympics again. Jenner decided to make some money and forgo any future Olympic appearances. He soon became the face of Wheaties and he accepted invitations to the White House to meet President Gerald Ford.

Over the years, Jenner cashed in on his celebrity by making appearances in movies and television, including Can’t Stop That Music, CHiPs, and even a few video games. He even took a few spins around the track as a race car driver during the 80s. He is also the founder of Bruce Jenner Aviation, where he sells aircraft supplies to corporations and major executives around the world. The bulk of Jenner’s $100 million fortune comes from his business ventures, though he still earns residual income from his previous business ventures and his role as a motivational speaker. He earns millions each year from his speaking engagements around the country.

When he’s not trying to keep up with the Kardashian’s, he’s on the golf course. Jenner is an avid golfer. Kris Jenner and Bruce Jenner announced their separation to the public in late 2013. Divorce papers have yet to be filed.