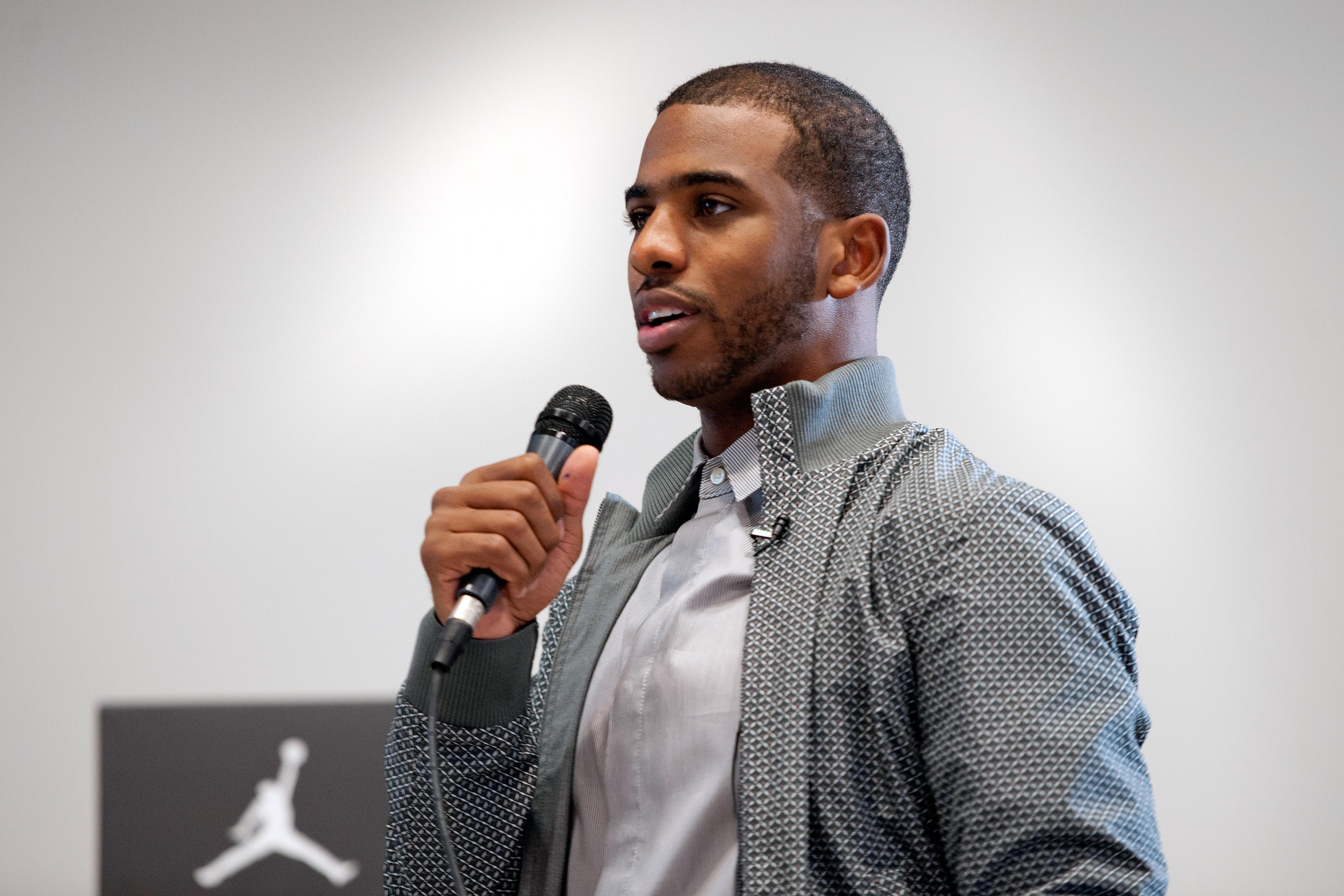 The point guard position, also known as the one-guard or simply the point, is one of professional basketball’s most important and versatile positions. A point guard has perhaps the most specialized role of any position, running the team’s offense by controlling the ball, calling the plays, passing, driving, and shooting. Known as the coach on the floor, in many ways the point guard can be compared to a quarterback in football. Some of the greatest NBA point guards of all-time include Gary “The Glove” Payton (9x All-Star, 1996 Defensive Player of the Year), Walter “Clyde” Frazier (2x champion, 7x All-Star), Jason Kidd (10x All-Star, 5X assists leader), Oscar Robertson (12x All-Star, 1964 MVP), Isiah Thomas (2x champion, 12x All-Star), and Earvin “Magic” Johnson (5x champion, 3x MVP). Read on to see today’s highest-paid point guards in the NBA arranged by average salary.

Oklahoma City Thunder point guard Russell Westbrook was selected with the fourth overall pick in the 2008 NBA Draft after two seasons at UCLA. Since then, Westbrook has been a three-time NBA All-Star, three-time All-NBA Second Team member, and two-time gold medalist in both the 2012 Olympic Summer Games and the 2010 FIBA World Championship. Along with NBA star Kevin Durant, Westbrook has helped make the Oklahoma City Thunder a major force in the Western Conference.

A Raleigh, North Carolina native, John Wall was chosen first overall in the 2010 NBA Draft by the Washington Wizards. Wall played one season at the University of the Kentucky where he set the UK single game assist record with 16. Over the course of his four-year career with the Wizards, the 23-year-old Wall has been named to the 2011 All-Rookie First Team, made his first NBA All-Star appearance last season, and has quickly become the centerpiece of the Wizards organization.

Considered by many to be the most skilled point guard in the league, Derrick Rose’s last three seasons fell prey to serious injuries. Finally back in action and planning to start this upcoming season, Rose was named to the 2014 FIBA United States national team. Since being drafted first overall by the Chicago Bulls in 2008, Rose has won a 2010 FIBA World Championship gold medal, the NBA Rookie of the Year Award, the 2011 NBA MVP award, and has made three All-Star appearances.

Drafted third overall by the Utah Jazz in 2005, Deron Williams was traded in the middle of his sixth season to the New Jersey Nets–now the Brooklyn Nets–where he is currently the team’s starting point guard. A three-time NBA All-Star, two-time All-NBA Second Team member, two-time Olympic gold medalist, and 2007 FIBA Americas gold medalist, Williams holds a Nets record for three-pointers in a single game (11) and is tied for the team’s consecutive games with a steal record (26).

The highest-paid point guard in the league, Chris Paul, was drafted fourth overall by the New Orleans Hornets in 2005 after two seasons at Wake Forest University where he helped his team achieve its first ever number one ranking. Paul was traded to the Los Angeles Clippers in 2011 and over the course of his career has won the NBA Rookie of the Year Award, two Olympic gold medals, led the NBA in assists three times and steals six times, and has made appearances in seven NBA All-Star games.